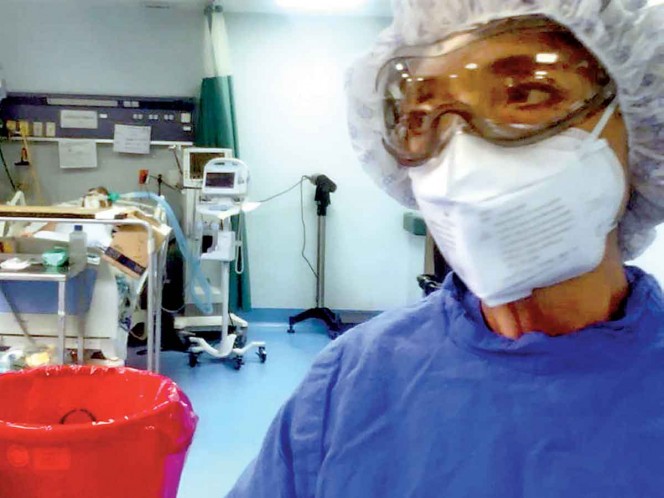 The objective of the Health Institute for Wellbeing (Insabi) is to provide free health services to the entire population, as well as medicines. Photo: Ximena Mejía / Archive

At the Health Institute for the Wellness (Insabi) The weakness persists since its creation, as it does not have a financing scheme consistent with its universal coverage objectives and for next year its spending has decreased by 33% per capita.

33,000 million pesos of the Health Fund for Well-being will be transferred to the Federation Treasury to meet the expenses derived from the pandemic

According to the analysis of the Health Fund for Well-being, coverage and costs of the Center for Economic and Budgetary Research (CIEP), there are multiple questions about the fulfillment of objectives, since in general care it is proposed to go from a population of 55 million Mexicans to 77 million, when its budget increase is not equivalent.

The financial investigation indicates that Insabi intends to give attention to highly specialized ailments with the Health Fund for Well-being, whose resources were for 97 thousand 108 million pesos for the second semester of 2020, however, for the start of Insabi in 2020, it was contemplated to use 40 billion pesos, and as a result of the pandemic, the majority of Morena in the Chamber of Deputies approved a reform to the General Health Law to dispose of 33 billion pesos from said fund.

112 thousand mp It is the real health budget for next year, according to Congressman Éctor Jaime Ramírez. It is less 16% than in 2020

It also points out that the institute’s budget in 2018 was 189 billion pesos, for the following year it was 198 billion pesos without clarifying where the 40 billion subtracted for consolidation are, in addition to not identifying resources intended to respond to the Covid-19 crisis.

Despite these spending pressures and the expansion of population terms that are expected to be served, a plan, scheme or alternative for financing the health system has not been presented. The issue of financing is once again a weak point and aggravated in the current context by the health and economic crisis caused by the covi-19 ”, the study explains.

The CIEP stated that during 2018, with the Fund for Protection Against Catastrophic Expenses, which is now part of the Health Fund for Well-being, 94,400 cases of HIV-AIDS were attended, 10,293 cases of neonatal intensive care, 7,000 400 cases of breast cancer. For that year, HIV-AIDS had the highest coverage with 96.1% and this disease absorbed 42.1% of the Catastrophic Expenses fund.

Contrary to what the federal government indicates, the World Health Organization (WHO) indicated in 2015 that coverage in the country presents an average value of 76%, considered as high coverage, above the world average of 64% and slightly above the average for the Latin American region of 75%. However, the differences by indicator range from 94% in prenatal care to 55% in HIV treatment.

Deputy Éctor Jaime Ramírez Barba, secretary of the Health Commission of the Chamber of Deputies, stated that there was a reduction in the health budget, even though the Executive’s proposal for 145 billion pesos was approved, due to the fact that They took the 33 billion pesos from the Health Fund for Wellbeing and there was no clarity in its labeling, so the real budget is 112 billion pesos, 16% lower than that of 2020.

2,602 pesos is the expense per capita annually, in accordance with the budget to be exercised by the National Institute of Health for next year

Based on a data analysis of the results of the National Commission for Social Protection in Health From January to December 2019, the legislator for the PAN listed that the diseases that reduced his attention: childhood and adolescent cancer, went from 1,632 to 22 cases; Kidney transplants in minors were reduced from 41 to 8 cases, neonatal intensive care went from 10,293 cases to 729; breast cancer from 7,400 to 847.

It is absurd to remove a trust that is to take care of health, what we want is that they really take care of the 66 diseases that during a long period of 14 years were increasing year after year, “he emphasized before the use of the Health Trust for the Wellness.

Copyright law strictly prohibits copying all or part of Excelsior materials without first obtaining written permission and without including the link to the original text.