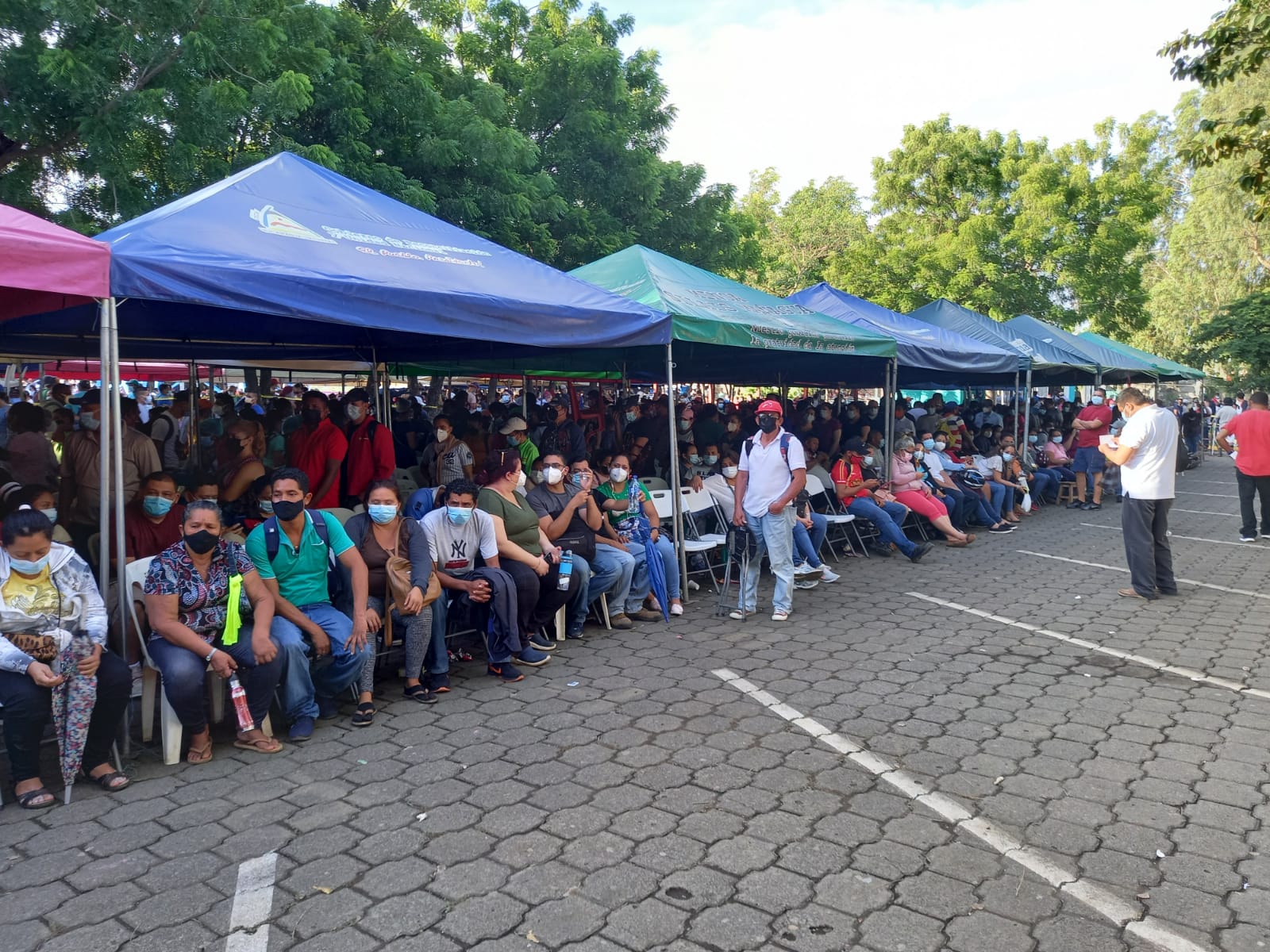 Central American countries advance their vaccination processes in a different way. El Salvador, which has the highest number of people vaccinated with two doses, announced that it will apply a third dose to older adults. Panama was a pioneer in Central America with vaccine tourism and Honduras has announced that it will vaccinate those under 18 years of age. At the bottom of the list of these advances is Nicaragua, which has not reached even five percent of the population vaccinated with two doses, according to the data that are known so far.

According to Forbes Central America magazine, the first place in the progress of the vaccination process is occupied by El Salvador, having vaccinated 3.6 million inhabitants with one dose, that is, 60.8 percent of its population and 3.27 million with two doses , that is to say 50.2 percent of its inhabitants. The list, according to Forbes, was made with information from Our World in Data until September 23.

Salvadoran President Nayib Bukele announced on Friday that a third dose of the coronavirus vaccine will be applied to personnel facing the pandemic on the front line, referring to health personnel, teachers of the public and private system, personnel of the armed forces, police, firefighters, Civil Protection personnel and employees of drugstores, pharmacies and laboratories.

Bukele said on Twitter that, “taking into account the success of the third dose in Israel, we have decided to start with a third dose in El Salvador.” This country has vaccinated boys and girls as part of this process, according to the president on his social networks.

Countries like the United States will also begin to apply a third dose for people at higher risk, as announced by the Centers for Disease Control and Prevention (CDC, for its acronym in English).

This country, moreover, was the first to announce that it will be open to “vaccine tourism.” Starting October 1, tourists visiting Panama will receive the Covid-19 vaccine, as part of the “Vacutur-Panama” initiative, which makes this country the first in Latin America to vaccinate tourists, and will expects an “economic injection that exceeds 125 million dollars” and will contribute to the reactivation of more than 100,000 jobs in the tourism sector.

Read also: What are the main destinations for vaccine tourism?

Vaccination plan for migrants and foreigners

The Costa Rican authorities announced this Friday the opening of the vaccination process for irregular migrants, who must demonstrate, with any document, their roots in the country.

Until now, this country was only vaccinating migrants who were in legal condition, but with this new opening, anyone who resides in Costa Rica will be able to be vaccinated. The age to access the vaccine is 18 and over.

Vaccinations for children under 18

The president of Honduras, Juan Orlando Hernández, announced that it will be one of the first countries to vaccinate children under 18 years of age and that they are preparing a vaccination process for people between 15 and 17 years old.

On Tuesday, September 7, 2021, the Guatemalan Army reported that it will vaccinate Guatemalans over 18 years of age in the positions it manages, for this people must be registered on the website of the Ministry of Health and present their identification document.

See also  Asteroid the size of a bus approaches Earth in late September, how dangerous is it?

Nicaragua is in the process of vaccinating those over 30 years of age, after carrying out vaccination days for those over 60, 50 and 45 years old. From this Monday, September 19, the hospitals assigned to apply the vaccines are filled with Nicaraguans who have lined up even from the day before to be vaccinated. Many, especially in the departments, have run out of space and will have to wait for the day to be carried out again in their territories.

Read also: And after this day of vaccination against covid-19 for those over 30 years old in Nicaragua, what’s next?

On September 10, Daniel Ortega stated that in Nicaragua they will be vaccinated 2.8 million citizens, over 30 years old, and not the 4.5 million that the regime announced in June. In other words, the new goal represents a little more than 40 percent of the total population of the country, while previously there was talk of 70 percent.

With this announcement by Ortega, the national vaccination plan excluded people under 30 years of age, except in exceptional cases. The authorities have not reported whether, at the end of the day with people aged 30 and over, they will lower the age range.