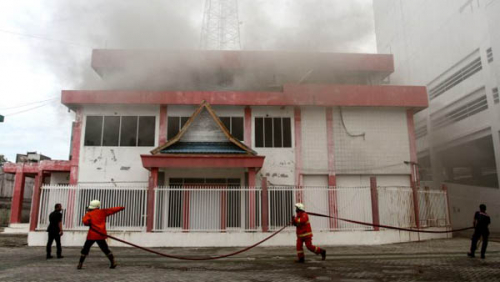 PEKANBARU – Users of Telkomsel and IndiHome internet services in North Sumatra and Central Sumatra experienced disruption since Tuesday (11/8) afternoon. Telkom Indonesia confirmed the technical issue was due to the Telkom Automated Telephone Center (STO) facility building in the city of Pekanbaru on fire.

According to the company, the fire incident occurred at 15.00 WIB. The fire was then successfully extinguished at 15.51 WIB.

“This incident has an impact on voice call and SMS services for the time being unable to be used, and there has been a decline in the quality of data access in a number of areas in Sumatra,” said Denny Abidin, Vice President of Corporate Communications at Telkomsel, in an official statement, Tuesday (11/8). ).

The man who is familiarly called Kang Abe added that currently the Telkomsel technical team is trying their best to restore the overall service so that it can run normally again.

Meanwhile, the IndiHome service from STO was also disrupted. However, this technical issue is generally only felt by customers located in the city of Pekanbaru.

There were no fatalities in the incident. Meanwhile, the cause of the fire is still being investigated.

Both Telkom and Telkomsel apologized to customers affected by the fire incident. The company will provide further information on a regular basis for the progress of its service recovery process. ***