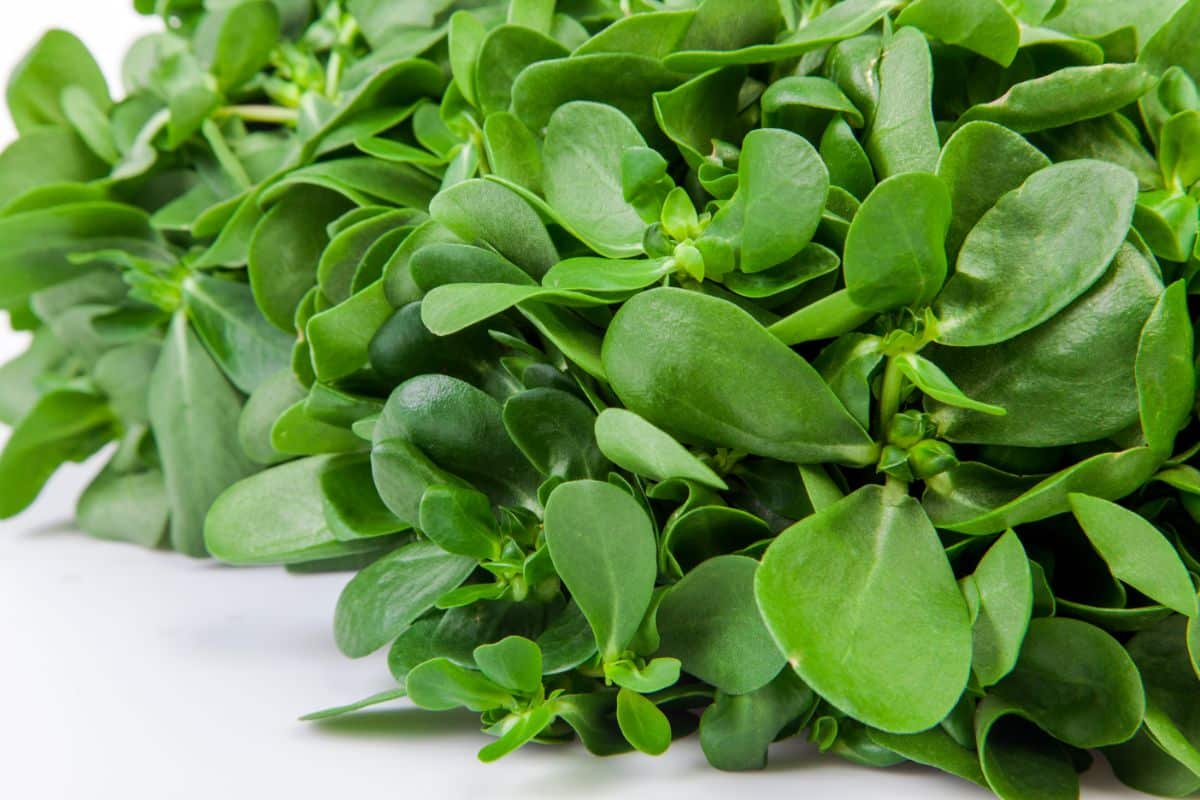 It is getting drier and drier due to global warming. As a result, crops fail more and more often. Crops that can withstand a lack of precipitation are therefore more than welcome. A forgotten vegetable may offer a solution.

Yale scientists describe how Portulaca oleracea, better known as purslane, integrates two different metabolic pathways to create a new type of photosynthesis. As a result, purslane is able to withstand long periods of drought, while remaining highly productive. “This is a very rare combination of characteristics that has resulted in a kind of ‘super plant’. It could potentially be useful in crop engineering,” says Yale ecology and evolutionary biology professor Erika Edwards.

Unique plant
What makes purslane unique is that it possesses both of these evolutionary adaptations. As a result, the plant can withstand both high temperatures and drought, while still remaining productive. That is a rare combination for a plant. Until now it was thought that C4 and CAM operated separately from each other in the leaves of the purslane. But Yale’s research team, led by researchers Jose Moreno-Villena and Haoran Zhou, conducted a spatial analysis of gene expression in purslane leaves and found that the activity of C4 and CAM is fully integrated. They operate in the same cells with the CAM responses being processed by a C4 plant. This system provides extremely good protection against drought.

See also  Nintendo Switch: The creator of Live a Live talks about the return of this great Super Nintendo role-playing game

Solution for global warming
The researchers also built a metabolic model to predict the emergence of the integrated C4+CAM system, which matches their experimental results. Understanding the new metabolic pathway could help scientists devise ways to modify crops to withstand prolonged drought, the study authors say. in the Science Advances popped up.

“There is still a lot of work to do before we can really integrate a CAM cycle into a C4 crop, such as maize,” said researcher Edwards. “But what we have shown is that the two metabolic pathways can integrate efficiently and share products. C4 and CAM are more compatible than we thought. Therefore, we think there are many more C4+CAM species waiting to be discovered.”

At a time when reports of extreme drought, forest fires and crop failures are rapidly following each other, the news is more than welcome that there is a plant that could hold the key to developing crops that can better withstand high temperatures and water shortages.

C4 en CAM
Some plants, such as corn and sugarcane, have developed alternative ways to take up carbon so that they avoid water loss in hot, dry environments. Unlike C3 plants, these C4 plants not only use ordinary photosynthesis, but perform an intermediate step where they bond with four carbon atoms, hence C4. The C4 plants close their pores (stomata or stomata) to retain water. As a result, they can keep the oxygen concentration low and thereby bind the CO2 to the plant enzyme rubisco. When the oxygen concentration is higher, rubisco binds to O2 instead of CO2, which stops photosynthesis and costs a lot of energy. Less carbon is lost, which means more sugar is produced.

Cacti and pineapples are examples of CAM plants, which refers to Crassulacean Acid Metabolism. CAM plants only open their pores at night to prevent water loss during the hot day. The first stages of photosynthesis take place during the day, because it requires light. The plants absorb CO2 at night in the form of malic acid. For example, CAM plants separate CO2 consumption and sugar synthesis by using different times of the day and are better able to survive in arid regions.