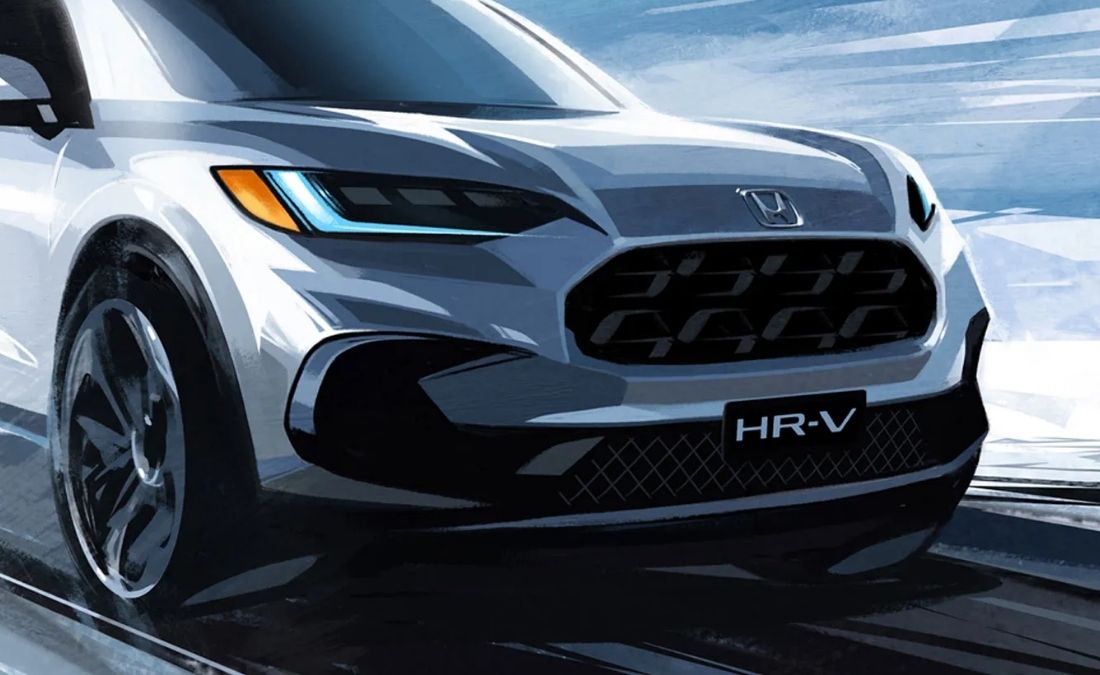 The sketches of the new generation of Honda HR-V that will be presented in the United States this year have come to light.

After premiering in 2021 the international model from Honda HR-V of new generation, the Japanese brand prepares the exclusive version of the SUV that it sells in the US market. A sportier style and bold personality become evident.

The big news for HR-V last year was the debut of the hybrid powertrain e: HEV. to update cycle change added new on-board technological equipment and a more sophisticated and noticeably more modern exterior design than its predecessor.

Now the focus is on the model 2023 that will be revealed in North America in the coming months and about which they released one or another detail of its Exterior design. It is very curious that some of the traits have a certain familiarity with Ford Escape.

The teaser of the Japanese manufacturer shows us a new generation Honda HR-V somewhat different from the model that we first saw in Europe and running camouflaged in South America performing tests. Here the SUV takes a american style pure.

At the front, the hexagonal grill changes shape to a oval design and a pair of rear-sloping rectangular headlights with distinctive LED light signature. The bumper is more aggressive with some large air intakes.

In general, the forms of its body are curvilinear with a bulky bonnet, a high waistline and strong shoulder width. They can also be noticed black framess in wheel arches and rear bumper, seen from where a bulky silhouette is obvious.

Unlike european market where one of the main characteristics of the new Honda HR-V was the adoption of hybrid mechanics, as an essential requirement now to circulate in this region of the world, in the United States it will continue to maintain its Combustion supply.

In this sense there is nothing confirmed but rumors suggest that the 141 hp 1.8-liter engine will be replaced by the 2.0 liter engine of four cylinders that presented the new Honda Civic with 158 hp and 184 Nm of torque Sounds good!