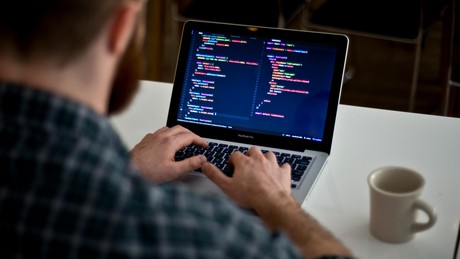 The salary of programmers in Argentina had a 107% increase in the last year and a half, according to CESSI. How will 2021 end

The median of salary of a programmer in Argentina -taking into account all languages, levels and seniorities- will exceed the 198.000 pesos monthly at the end of the year.

It is an estimate calculated by the Permanent Observatory of the Software and Computer Services Industry (OPSSI) that responds to the business chamber of companies in the knowledge industries (CESSI). In the survey they participated 35,400 workers, belonging to 225 micro, small, medium and large technology companies distributed throughout the national territory.

The report indicates that the average salary of professionals in the technology sector – the vast majority of which are programmers – increased a 107% in the last year and a half (from January 2020 to July 2021).

In the middle of this year, always according to the analysis of the aforementioned Observatory, the median salary in the IT industry for a programmer was 162,600 pesos per month. “According to the study, salaries on average double the value of the basic food basket for a 5-member household in the GBA (Greater Buenos Aires),” they mentioned from the chamber.

The OPSSI also measured the increase in programmer salaries in dollars: At the official exchange rate, the sector salary in dollars has grown by 30% between January 2020 and July 2021.

And it is estimated that in pesos the increase would be 22% between July 2021 and the projected to January 2022, which means that at the beginning of next year an average remuneration of 198,400 pesos per month.

Projection of programmer salaries in Argentina according to CESSI

“In addition to having some of the best salaries in the country, we are a sector with a shortage of talent, since historically there are about 5,000 unfilled positions, a number that can grow to 15,000 if the unmet demand for IT professionals in other industries. That is why more than ever we must focus on making our 2030 Plan a reality, which seeks to train new professionals and achieve more than 500,000 formal, quality, inclusive and federal jobs, “explained Sergio Candelo, president of CESSI.

According to a recent study by the consulting firm Mercer in Argentina, the following are the more difficult technology profiles to get and retain:

The stars of the market

The “digital talents” Today they are the best payments as they are the most required in the labor market, and not only by technology companies.

The digital transformation is leading many companies of all sectors to implement differential measures to attract and retain these “difficult figures”.

According to the Willis Towers Watson Flash Survey released last September, 20% of companies have some type of differentiated measure in salary management and 28% do it specifically for IT personnel.

The percentage of those who decided to give key talents increases above inflation went from 31% to 36% in the first nine months of the year, and those that you guarantee you go higher than the market average they were 14% and became 20% of the total.

Although these differentiated actions are carried out in all industries and sectors, it is also true that many market specialists continue to place those who have their “core” in technology areas such as those that pay the best salaries.

For example, according to the latest Mercer Argetina salary and compensation survey, the large dispersion between industries that is recorded in the payment of wages this year makes the companies of fintech (finance technology) and high technology be those who are at the top of the ranking of the best salaries.

Ivana Thornton, Mercer’s Career business leader in Argentina, mentioned at a recent company event that although salary increase for non-contract employees in 2021 will be around 46.3% on average, “high tech and fintech pay at the 90th percentile, while the rest at the 25th or 10th percentile.”

“Those related to technology and digitization have been giving increases above inflation and the market median, and they probably will continue to do so. They also generally start with larger budgets. And obviously there are industries more affected by the pandemic, such as engineering and construction. , in the opposite situation “, said later the directive of the mentioned consultant.

If the CESSI projections are met, with a 22% increase in the second semester of the year, the salaries of programmers in Argentina would be close to a 60% annual increase in 2021, above the official inflation that accumulated 41, 8% in the first 10 months of the year and that could add between 5 and 6 percentage points more in the last two, according to private estimates.