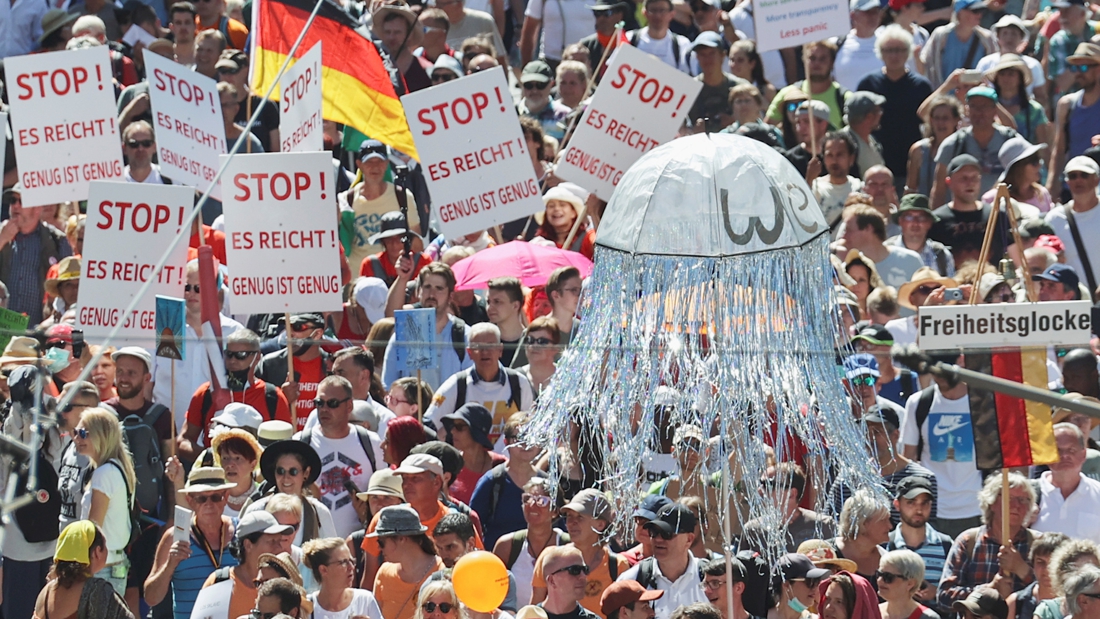 In Berlin, there was massive protests on Saturday against the new corona measures imposed by the government, after the number of contamination has risen again in Germany. A crowd of more than fifteen thousand demonstrators marched through the streets without masks or social distancing (see video above article).

“We want democracy back,” cried the protesters, “feeling slaves to the German state through masks and other restrictive measures.” They are there – despite all the scientific evidence – convinced that under no circumstances can oral masks help to contain the corona virus and that the government imposes special far-reaching measures to break democracy.

More than 1,500 police officers were present to try to steer the demonstration in the right direction, although social distancing was impossible due to the large turnout: the police had up to 17,000 participants. Major incidents have not been reported. In several places, the protest march did meet with protesters, who were shielded by police officers.

The police meanwhile announced that they have filed a complaint against the organizer of the demonstration, because the corona measures were not observed.

The German government tightened the measures again after the reproduction number had risen above 1 again. Face masks are mandatory on public transport, in public buildings and in shops, as well as on entry and travel in restaurants or cafes. The mouth mask obligation does not apply to children under 6 years of age. A maximum of ten people may meet and physical contact must be kept to a minimum.

See also  North Korea should prepare for a confrontation with the United States, Kim said