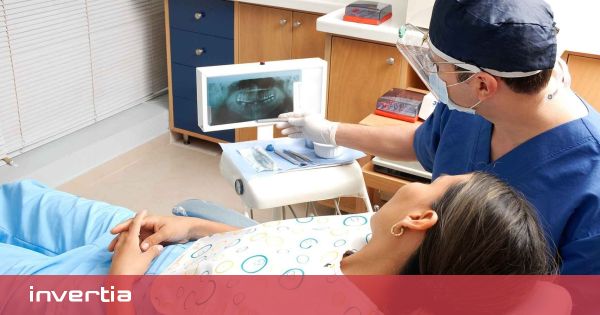 The Covid-19 pandemic is taking its toll on all sectors, also the odontology. The beginning of this health crisis caused a slowdown in the work of dentists, since during the months of quarantine they could only attend emergencies.

The consequences are already beginning to be visible. One of the great chains, Dentix, has announced the closure of all its centers. But the effects of the crisis will be greater: three out of ten dental clinics will close in the coming months.

These are the forecasts managed by the General Council of Dentists. Its president, Óscar Castro, has explained to Invertia how the economic crisis derived from the pandemic is also affecting the dental sector.

A dentist cares for a patient.

Clinics had to endure a increase of up to 300% of the prices of medical supplies, such as masks or personal protective equipment (PPE).

“There was speculation with the amount of the masks due to the shortage that, in addition, has led to the falsification of these products,” recalls Castro.

In addition to this, the president of the dentists explains that the clinics have also had to keep your expenses fixed, such as the rent or mortgage of the premises, payroll … “There are centers that have not been able to bear it and have had to close and fire their workers.”

Regarding employment, “only with the announcement of the closure of Dentix, which is still unknown if it will be definitive, 3,000 workers will lose their jobs, most of them dentists. This represents 8% of the collegiate”, Said Castro.

In addition to the loss of employment, the president of the dentists warns that “many patients will be left without care.”

Affected users can stay with unfinished treatmentsEven that they had already paid or had made a financial commitment. Faced with the closure of clinics, these patients find the service not provided and with the pending payments or lost money.

In this sense, the General Council of Dentists reports that patients have different ways to claim. For example, making complaints to Consumption or Health, or by civil or criminal means.

In addition, Castro warns that “someone will have to give a solution to the situation in which these patients are left.” For this reason, he has indicated that it should be the Minister of Consumption, Alberto Garzón, “who must articulate things in an appropriate way so this does not happen again”. Let us remember that there have already been cases, such as the closure of iDental, which left thousands of people in the aforementioned situation.