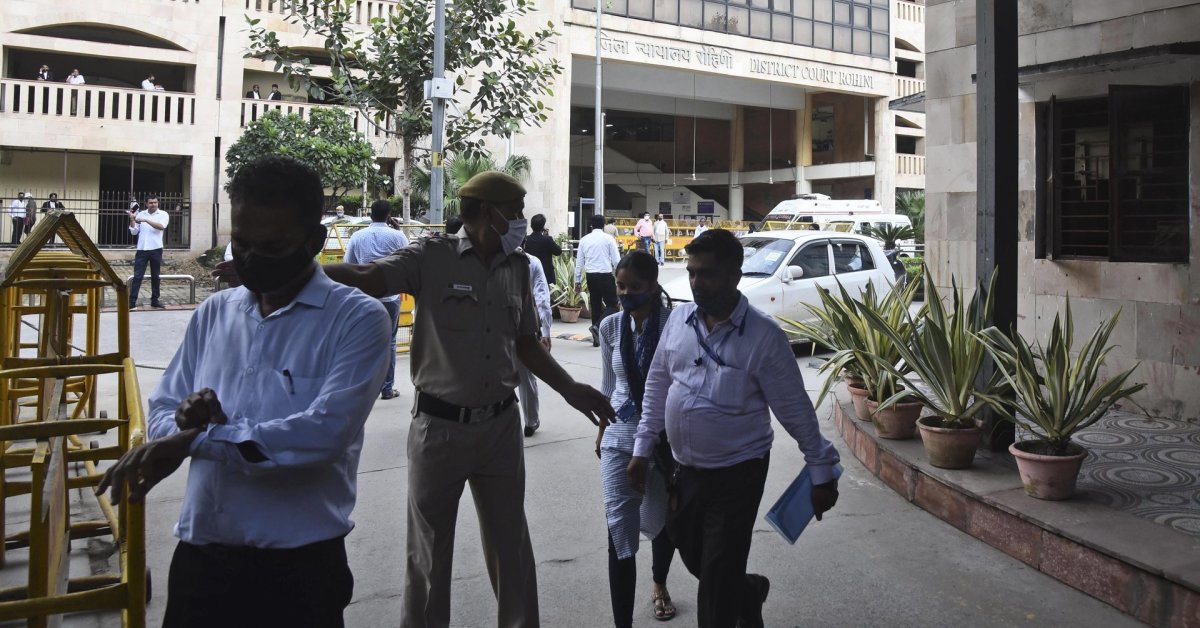 Witnesses told local media that ten shots were fired in the courtroom. J.Gogi obstructed several bullets. The attackers, who pretended to be lawyers, were shot dead by members of the security forces of state officials.

The media, citing police, reported that both attackers were from a rival gang.

At least one of the two assailants was also on the Delhi Police wanted list.

The shooting began as soon as Mr Gogi arrived at the court, where the case of murder and other crimes was being heard. He has been involved in at least 19 homicide cases.

Mobile video footage of a court in the New Delhi Rohin area shows people who were in the hall rushing into the corridors while shots were fired.

According to police, the gunmen who organized the shootings wore gray suits and introduced themselves as lawyers.

“Two criminals started shooting at gangster Jitendra Mann Gogi as he was taken to court for a hearing. Police have shot dead both assailants in response, “said Delhi Police Commissioner Rakesh Asthana.

In the immediate aftermath of the incident, security issues arose in the Rohin Courthouse, where cases involving the criminal world are often heard.

After J.Gogis’ arrest, the police intelligence department was responsible for his protection.

However, according to some reports, there were no metal detectors at the entrances to the court and no other security rules were followed.

Sanjeev Nasiaar, president of the Delhi Bar Association, described the killings as “shocking”. He told AFP on Saturday that lawyers from all Delhi district courts would join the strike in protest against a “particularly serious security breach.”

“How can something like this happen in court? The police hold regular security assessment meetings with us, and bystanders were still able to enter the premises with weapons, ”the head of the association added.

Delhi police said an investigation into security in court would be conducted.

Gogi, who was about 30 years old, has been linked to brutal fighting, killings, robberies and extortion by rival mafia gangs in Delhi and northern Indian states.

Among his victims were a folk musician, teacher and members of rival gangs who witnessed the murder.

He was first arrested in 2016, but escaped from custody and successfully hid from police until March last year.

Because of his reputation, Gogi became a target for police and competitors. The media reported that he was severely angry with other gangs for infiltrating the areas under their control.

Following his arrest last March, Delhi police said there had been a particularly fierce battle for control of northern India between Mr Gogi and a gang leader known as Tillu.

Tillu is also being held in custody, but two Tillu gang members pretending to be lawyers were shot in the courtroom on Friday, according to media reports.

According to reports, about 20 people have been killed in clashes between rival gangster followers over the past decade.

Delhi police said the feud between Gogi and Tillu began while they were still studying, allegedly over the election of a student body, in which two people were shot dead. Since then, their conflict has worsened.

See also  20 minutes - «The deceased are full of corona viruses»