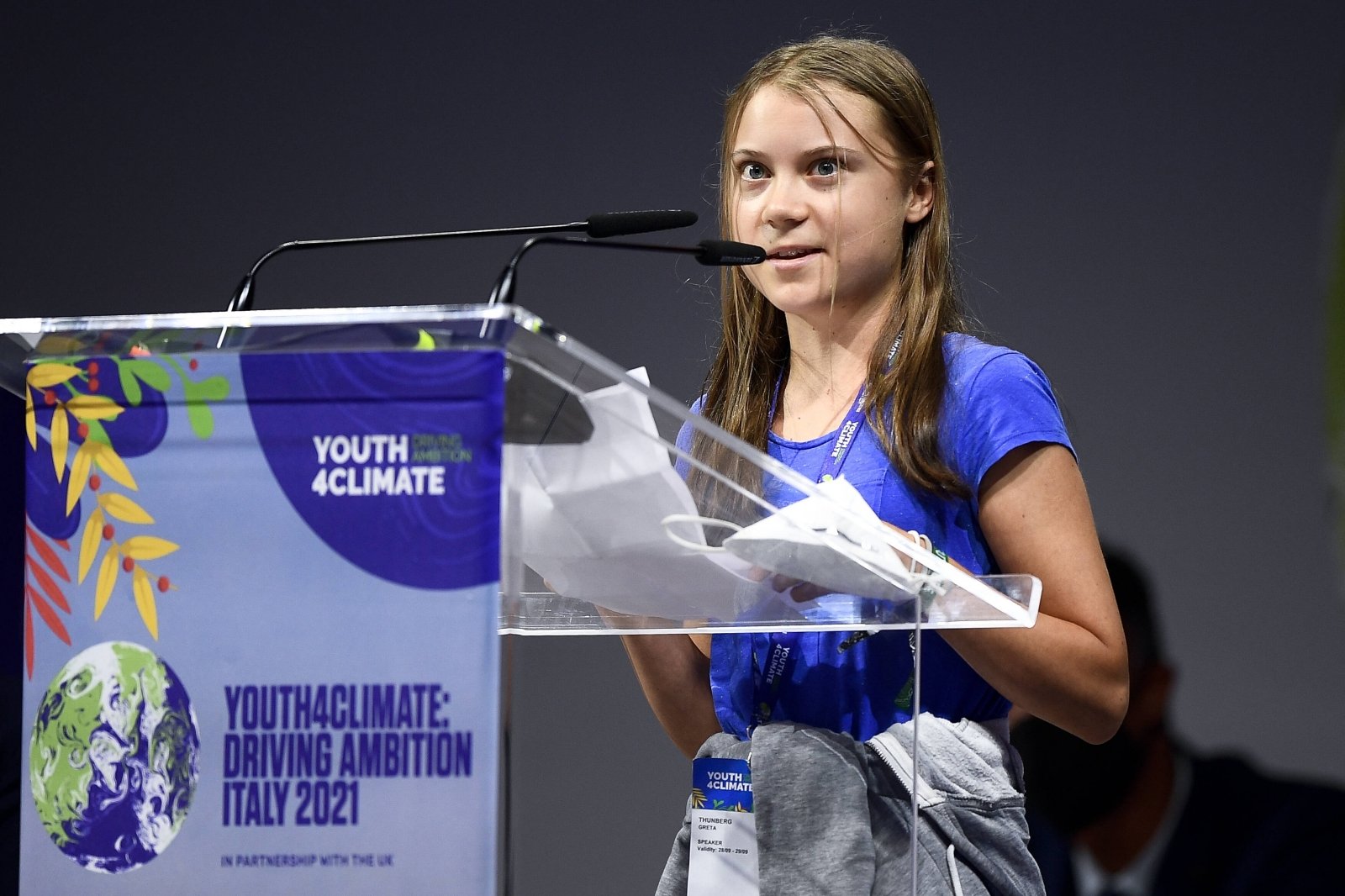 At the opening of the Youth4Climate forum in Milan, the 18-year-old activist recalled the high-profile phrases often repeated by politicians and their distance from action.

“There is no spare planet, no planet – blah, blah blah,” Thunberg mimicked and received warm applause.

“That’s all we hear from the so-called leaders: words that sound great, but have not led to any action so far. Our hopes and dreams are drowned in their empty words and promises, ”the activist resented.

About 400 young activists from almost 200 countries will take part in the three-day event in Milan. They will make a joint address to a ministerial meeting later this week to prepare for the COP26 conference in Glasgow in November.

“The deliberate inaction of our leaders is a betrayal of all present and future generations,” Thunberg accused.

According to her, governments “shamelessly greeted each other, although they still failed to mobilize long overdue funding” for developing countries that are severely affected by climate change.

Ugandan youth activist Vanessa Nakate seconded G. Thunberg to frustration with the inaction of the leaders.

“How many more children are hungry because their farms have been washed away because their crops have dried up due to extreme weather conditions?” She asked the participants.

“How much more will we watch them die of thirst or catching air during floods? World leaders are watching this happen and allowing it to continue, ”the delegate added.

The COP26 conference is considered vital for the continuation of the 2015 Paris Treaty. With this treaty, states have pledged to work to bring global warming to “well below” 2 degrees Celsius.

This historic treaty also provided for a global warming of no more than 1.5 degrees, if possible.

However, six years after the conclusion of the contract, the parties have still not agreed on how this will work in practice.

Issues that remain unresolved include how each country’s carbon footprint will be calculated, and how climate change mitigation projects will be funded.

Countries already suffering from extreme floods, droughts, storms and rising sea levels are urging developed countries to keep the promises they made a decade ago at COP26. USD per year for remedial or adaptation measures.

COP26 President Alok Sharma told delegates on Tuesday that “now is the time for developed countries to keep their promises of money to support developing countries in the face of the growing impact of climate change.”

Britain, the organizer of the conference, says it wants the Glasgow event to ensure that warming of no more than 1.5 degrees is maintained, especially if the parties agree to abandon coal-fired power generation.

See also  Formula 1 | Horner clarifies his words: He has nothing against Lewis but ...

But the United Nations said this month that the countries’ latest plans to reduce emissions continue to lead our planet to a “catastrophic” warming of 2.7 degrees.