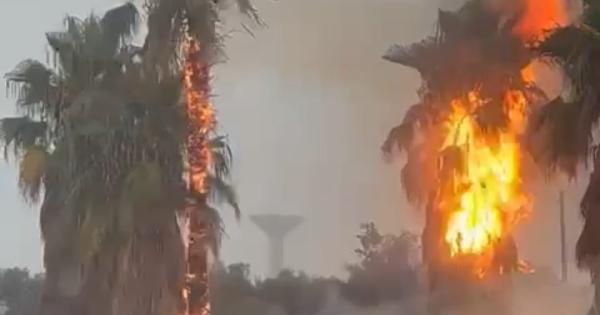 FRANCAVILLA FONTANA – On Saturday a cold depression nucleus will pass from North to South along the Balkan areas, causing conditions of instability on most of the central peninsular regions and in the South, with scattered showers and thunderstorms, locally of strong intensity, especially on the inland areas and mountainous.

Based on the available forecasts, the Civil Protection Department, in agreement with the regions involved, issued a warning of adverse weather conditions. The weather phenomena, impacting on the various areas of the country, could determine hydrogeological and hydraulic criticalities. The notice provides for scattered rainfall from tomorrow morning, Saturday 13 August, predominantly of downpour or thunderstorm, first on Lazio, especially the eastern and southern sectors, Abruzzo, especially the Apennine sectors and on Molise, in extension to Campania, Puglia , Basilicata and Calabria especially the northern sectors. The phenomena will be accompanied by strong showers, frequent electrical activity, hailstorms and strong gusts of wind.
On the basis of the phenomena in progress and foreseen, a yellow alert was assessed for tomorrow, Saturday 13 August, on Campania, Lazio, Calabria, Puglia, Basilicata, Molise, Abruzzo and parts of Tuscany, Sardinia and Sicily.

Meanwhile, the disturbance that hit the whole of Puglia today, hit Francavilla Fontana in particular where, in the early afternoon, lightning fell on some palm trees, planted in the land of a private area used by a local company, which then went up in flames. The fire also affected some wooden platforms positioned inside a warehouse. The firefighters of Francavilla and Brindisi intervened on the spot to make the area safe and put out the flames.

The Regional Civil Protection has however issued a yellow weather alert valid from 8pm today until 8pm on Saturday, due to hydrogeological risk due to thunderstorms. In particular, scattered rainfall is expected, with a prevalent downpour or thunderstorm character, with cumulative quantities generally moderate throughout Puglia.

THE SITUATION IN BARI

In Bari with heavy and abundant rain the first inconveniences to the city traffic occurred: as communicated by the municipal police, the underpasses of via Quintino Sella and via Cifarelli were closed due to flooding. A ban on bathing on the “Pane e Pomodoro” beach has been imposed following the rain, a ban which will continue until the results of the sampling analysis of sea water by Arpa Puglia. In the meantime, due to the downpour that hit the city for about an hour, three underpasses were closed to traffic, two of which have already been reopened.

THE SITUATION IN SALENTO

Flooded streets like rivers in flood, gusts of wind and lightning. Bad weather hit Salento. Numerous inconveniences recorded. Some motorists, surprised by the adverse weather conditions, were forced to stop while a general stampede was staged from the beaches. In Sternatia, lightning struck the castle of the town, causing the fall of rubble.