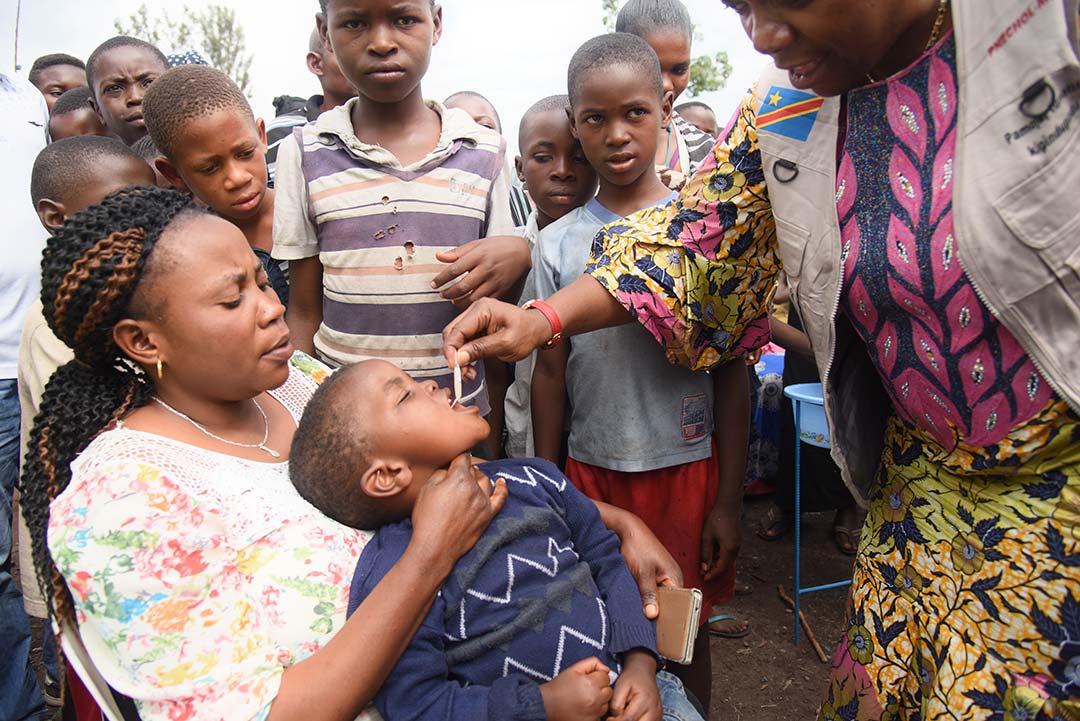 Located in the western part of the DRC, the province of Sankuru notified the rise in suspected cases from mid-August: 580 cases, 38 deaths, i.e. a lethality of 7.3% in three health zones. A situation that worries Aimé Alenga, chief medical officer of the provincial health division.

“In the Lusambu health zone, we had notified 62 cases with 18 deaths, representing a lethality of 20%. It ticked us off. We tried to take six samples sent to the National Institute for Biomedical Research (INRB) with the financial support of the WHO. The INRB confirmed four positive samples”.

In this province, the Sankuru River provides water to the populations of the health zones of Mpanya Mutombo, Lusambu and Bena Dibele. This water is used for drinking, bathing, cooking and toilets. This is what justifies this surge in cases, according to Dr Aimé Alenga.

He talks about strengthening the wash component (water, hygiene and sanitation) as a way to fight against this epidemic.

“In 2018, the same health zone of Lusambu had experienced an epidemic of cholera. We vaccinated the population. There was a four-year lull; it is in 2022 that the epidemic reappeared. “.

“We know that with cholera, it’s the wash component that is important. We mobilize more resources because the province of Sankuru has a population that is poorly supplied with drinking water. There is the Sankuru River which is used for all household activities. We tried to strengthen the wash section by installing chlorination points with the support of UNICEF and Médecins d’Afrique”.

Respond through surveillance and communication

This rise in cholera cases prompted the health authorities to strengthen measures to monitor the epidemic.

“We have a response plan, we have put in place strategies. We have strengthened community-based surveillance and surveillance in health structures, we have briefed our teams on the definition of cases and on the care protocol, we have set up cholera treatment centers in two health zones . We also contacted our traditional partners who came to the rescue of the province by providing support inputs,” explains Dr Aimé Alenga.

Beyond surveillance, communication activities are implemented by the health division to encourage the population to adopt responsible behavior. This communication involves mobilizing the media, religious leaders and community leaders.

A journalist at the Osase community radio station in Sankuru, Benjamin Wemambolo raises public awareness every day in his programs on good practices in the fight against cholera.

“It is important that the population understands that the danger is there. Cholera kills many people in our province. Health authorities recommend that we wash our hands and purify drinking water. In our radio station, we raise public awareness of all these practices”.

“In 2018, the same health zone of Lusambu had experienced an epidemic of cholera. We vaccinated the population. There was a four-year lull; it is in 2022 that the epidemic reappeared. This is why we asked that we be able to vaccinate while waiting for other effective approaches to arrive so that there is a lull in the three health zones, ”says Dr Alenga.

As for the response to epidemics, Dr. Nanou says that in most cases, the time between demand and supply of vaccines is long. But the good news, she says, is that there is now an operational arm of the Global Task Force on Cholera Control (GTFCC) in the country that will allow vaccines to be pre-positioned so that in the event of a response, the duration between vaccine ordering, procurement and implementation is shortened.