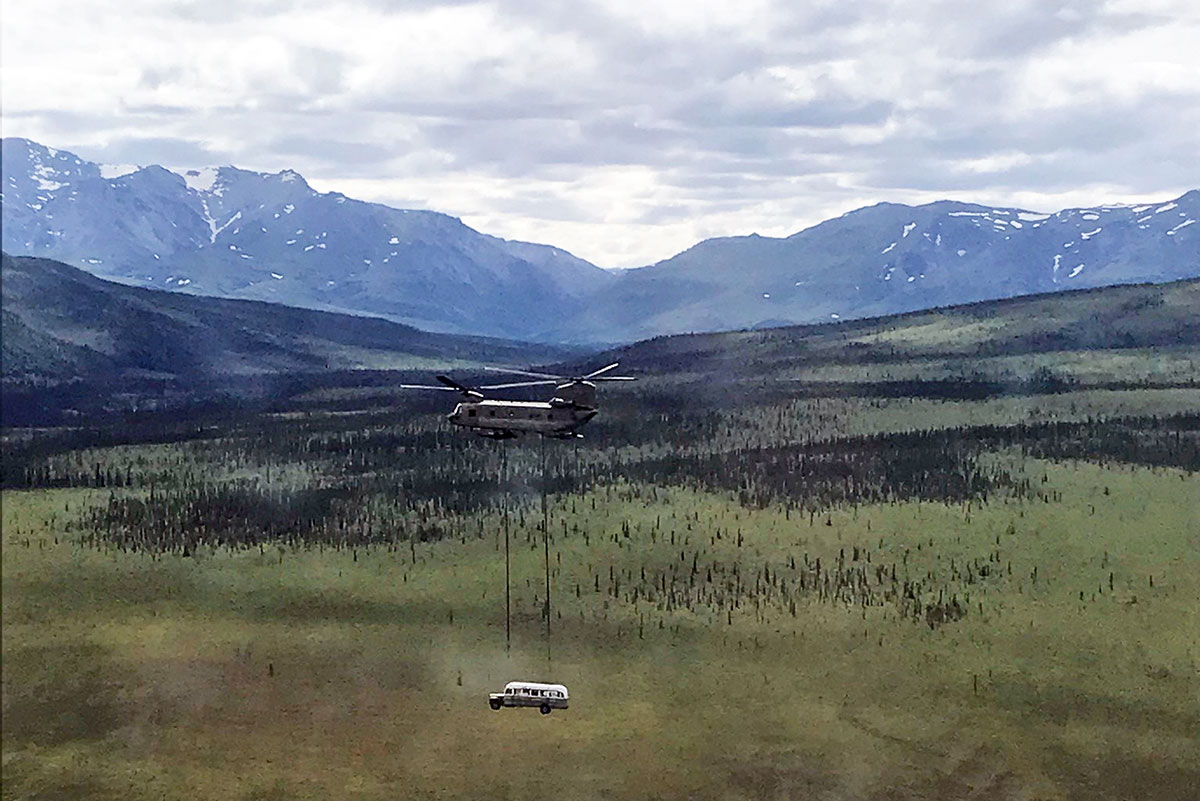 Los Angeles, United States | AFP | Friday 19/06/2020 – An old bus of the ‘ 40s, became a place of pilgrimage to Alaska for adventurers from around the world, especially since his appearance in the film of Sean Penn’s “Into the wild”, has been moved to protect hikers too reckless.

Nicknamed the “Magic bus”, it was mentioned in the book based on a true story “Journey to the end of solitude” by Jon Krakauer (1996), and was included on the poster for his film adaptation in 2007, telling the journey of a young man seeking to escape from civilisation and closer to nature.

Located at the end of the hiking trail Stampede Trail, the bus had ended up attracting more and more curious, not always well prepared. Between 2009 and 2017, fifteen relief operations in connection with the famous vehicle had to be organized, according to local authorities.

Some have even died, as travellers from Switzerland and Belarus, in 2010 and 2019, drowned during expeditions to go and see the “Magic bus”.

Thursday, he was moved from his corner of nature down being raised by an army helicopter, said the national Guard.

“Having closely studied the issue, weighed many factors, and considered a variety of alternatives, we decided that it was better to move the bus to this place,” said Corri Feige, the commissioner of natural resources for the State of Alasaka, in the extreme north-east of the american continent.

It will be kept for the moment in a secure site, until it is decided what to do with it, she said. One of the options is to be displayed.