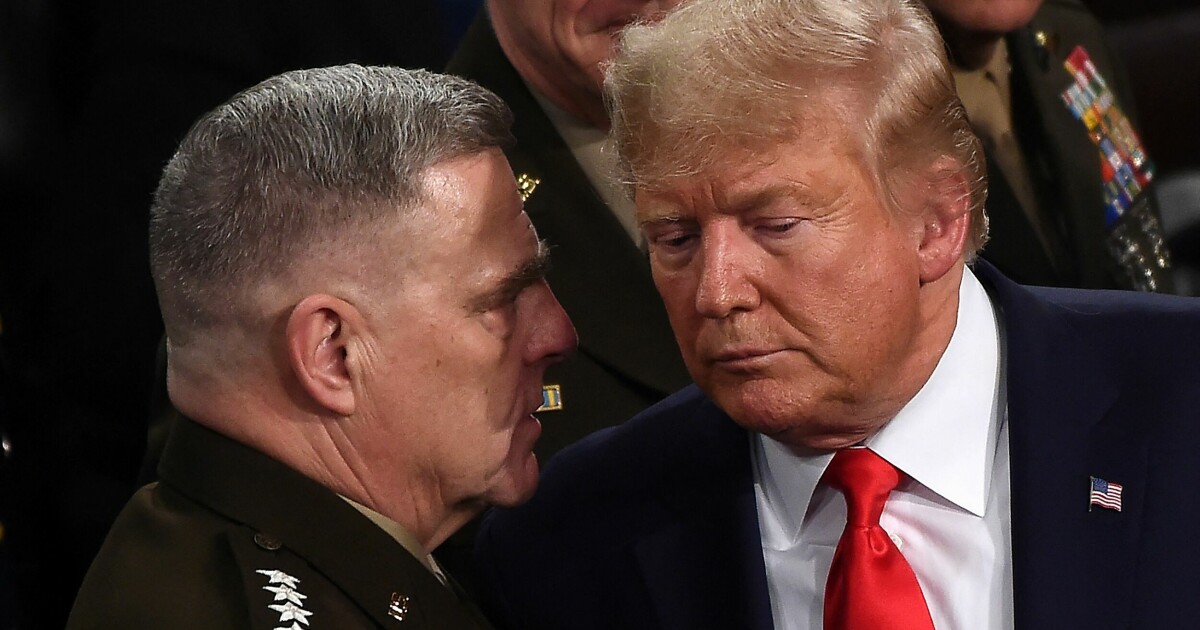 On Tuesday, it was announced that the United States’ leading general. Mark Milley, on two occasions, contacted his Chinese colleague to reassure the Chinese. The phone calls took place just before the presidential election last year, and right after the storming of Congress in January. On Wednesday, Milley defends the talks, and says he wanted to “insure” the Chinese military.

Some members of Congress believe Milley stepped over a border and asked Joe Biden to fire him, but the president is clear that he stands by the general.

“I have full confidence in General Milley,” Biden said CNN.

In a written statement, the general’s spokesman said that Milley acted in accordance with her duties.

– The telephone conversations with China and others in October and January were in line with his duties and responsibilities, and sought to maintain stability by insuring the other party, the statement says.

Milley’s talks first became known in an excerpt from the forthcoming book by journalists Bob Woodward and Robert Costa, which deals with the last turbulent months of Donald Trump’s presidency. Milley promised his Chinese counterpart that he would warn them in advance if the United States decided to attack, the book says.

Donald Trump appointed Milley as head of the US military in 2019, and Joe Biden chose to keep him in the post when he took office. The position means that Milley is the president and the defense minister’s top adviser.

According to the book, Trump’s actions towards the end of the presidency made Milley so worried that he called China on two occasions to assure them that the United States would not attack. The first conversation took place on October 30, four days before Trump lost the election. The second call took place on January 8, twelve days before Joe Biden was installed as president and two days before the storming of Congress.

If the allegations that Milley would warn China before a possible US attack are true, Trump believes the general should be prosecuted for treason.

– General Li, I want to assure you that the US government is stable and that everything will work out, Milley is said to have said during the first phone call.

– We will not attack or perform any kind of operation against you, the general added.

In Wednesday’s statement, Milley does not mention the talks with China directly, but says he regularly communicates with counterparts around the world to alleviate any tensions and avoid unintended conflicts.

In the second phone call, Milley wanted to allay China’s concerns following the storming of Congress. According to the book, the general had great difficulty persuading the Chinese.

– We are 100 percent stable. Everything goes well. But democracy can be messy at times, Milley is said to have told the skeptical General Li according to Associated Press.

Trump responds to the allegations with his own statement, in which he among other things describes his former general as an “idiot” and insists that he never considered attacking China. If the content of the book should prove to be true, Trump believes it should have consequences:

– I guess he will be prosecuted for Treason as he has negotiated with his Chinese counterpart behind the president’s back and told China that he will make them aware of an attack. Can not do it! says Trump, who demands immediate action from the Biden administration.

Republicans Ted Cruz and Marco Rubio, like Trump, are concerned about the talks, and in a letter to Biden, Rubio demands that the president immediately fire the general.

“I think the first thing Milley has to do is answer exactly what he said,” says party colleague Cruz.

Democrats take it all in stride, saying they have repeatedly urged Milley to take responsibility during the turbulent times.

– Many of us made it clear that we trusted that he would prevent the disaster we knew could occur at any time, says Senator Dick Durbin.