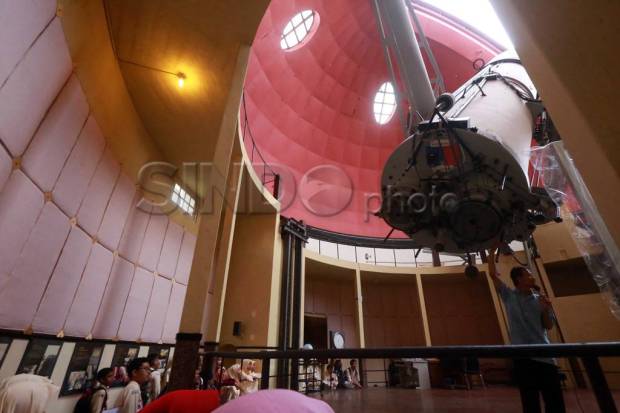 JAKARTA – For those of you who are happy with tour education, visiting places that make you more familiar with astronomy will be very interesting.

In Indonesia, there are several places of world education outer space which you can visit, such as the following.

This is the first observatory in Indonesia, located in Lembang, West Bandung. In addition to being a place for astronomical observations and analysis of astrophysical data, it is also used to get to know history, facilities and a description of weather conditions.

Observatoirum Bosscha together with the Astronomy Study Program FMIPA ITB became the center for the development of astronomy in Indonesia.

Located at TIM Cikini, Central Jakarta. In addition to stargazing and astronomy, it also has star theater facilities, telescopes, and an astronomical photo exhibition space.

Also Read: Recommended Books for Studying the Universe, from Science to Religion Sudut

This place in the center of Yogyakarta has facilities for viewing star simulations. By using a digital projector, you can see celestial objects. The exhibition presented can also display the atmosphere of Yogya at night very beautifully.

This sky simulation vehicle is located on Jl. Diponegoro, Tenggarong, Kutai Kartanegara Regency, East Kalimantan. You will be presented with the beauty of the universe in the form of the sun, comets, meteors, stars, planets, and other celestial objects.

Also Read: Asteroids whose names are taken from Indonesians

Timau Observatory will be the largest observatory in Southeast Asia as well as the first dark sky national park in Indonesia. This tourist spot and science center is still free of light and air pollution so that visitors can feel the natural coolness of Kupang City, NTT.