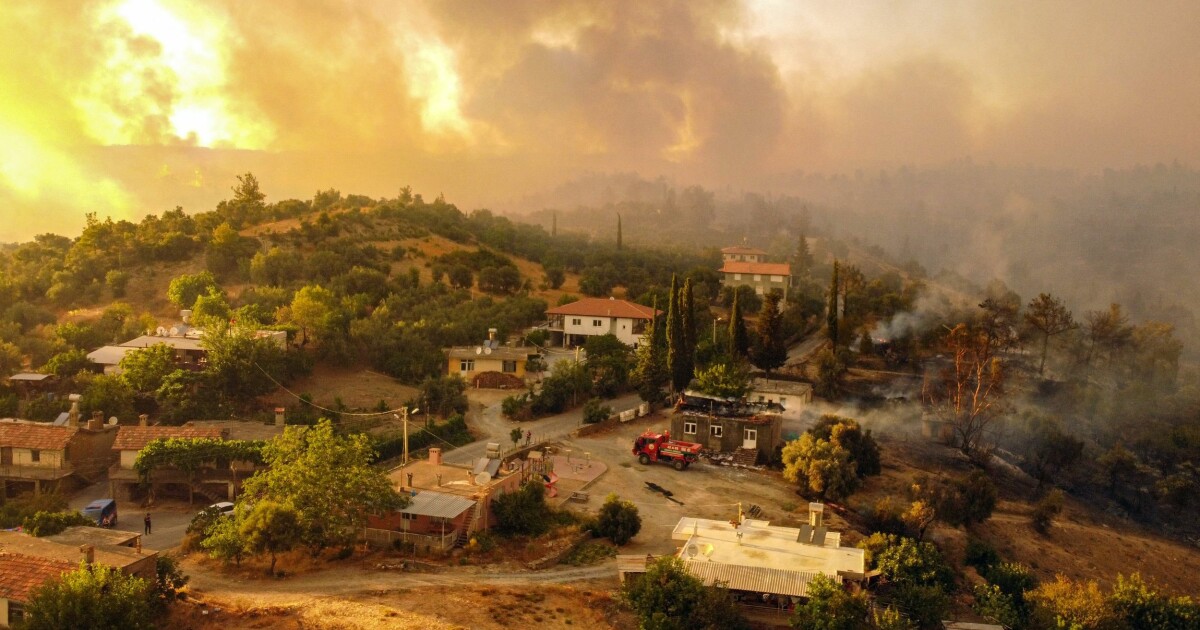 Turkish firefighters are battling massive forest fires on the fourth day. Two forest workers who took part in the firefighting work in Antalya in the south, lost their lives on Saturday, reports the state news agency Anadolu.

Thus, the fires this week have claimed six lives, of which five in Manavgat and one in Marmaris – both tourist destinations. Nearly 600 people have been injured.

In Bodrum on the Aegean Sea, some hotels were evacuated as a result of the threat from the forest fires raging nearby. The Coast Guard is leading the rescue operation, but the authorities asked private boats to assist in the evacuation efforts at sea as new fires broke out.

Since Wednesday, the flames have engulfed forests and several homes in Turkey, come dangerously close to villages and tourist destinations and forced people to evacuate.

At least 101 fires have broken out under strong winds and scorching heat, and 91 of them have been brought under control, says Minister of Agriculture and Forestry Bekir Pakdemirli. Three of the active fires are raging in the province of Antalya – a favorite tourist destination on the Mediterranean coast, where the wind has made the extinguishing work particularly difficult.

Fire-affected districts in five provinces have been declared disaster areas by Turkish authorities.

In the city of Manavgat, where several houses have already been taken by the flames, two more neighborhoods were evacuated for safety on Saturday, according to Anadolu.

The President is visiting

Turkish President Recep Tayyip Erdogan visited the area on Saturday and inspected the damage from a helicopter. In a speech in Manavgat, he announced that the government will cover the rent for fire victims, as well as rebuild their homes. They will also have deferred collection of taxes, social security contributions and loan installments, and small businesses will receive loans with zero interest rates.

The number of aircraft involved in the firefighting work has increased from six to 13 after Ukraine, Russia, Azerbaijan and Iran came to the rescue, according to Erdogan. Several thousand Turkish firefighters and dozens of helicopters and drones are also assisting.

Forest fires are common in these parts of Turkey during the dry summer months. On average, more than 2,600 fires have broken out annually in the last ten years, but last year the number increased to almost 3,400, according to the Turkish Agricultural Association, according to the news agency AFP.

Turkish authorities are investigating the fires that broke out during the ongoing heat wave, and are trying to find out if any of them may have been started.

Intense heat of over 40 degrees is forecast for the next few days both in neighboring Greece and along the Turkish south coast. This can make firefighting even more difficult.

Several Mediterranean countries have been affected by forest fires, and in Sicily in Italy, the fire crews fought against dozens of fires in the heat on Saturday. Around 150 people were evacuated from two beach areas in the city of Catania late Friday night.