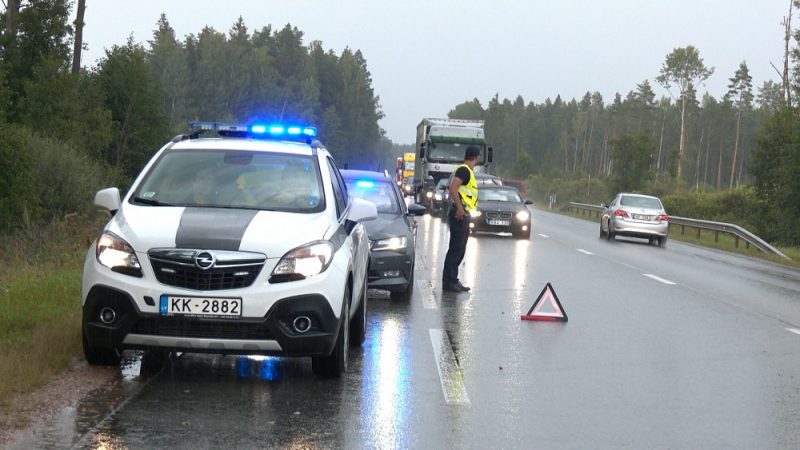 On Sunday, August 23, a serious collision of a truck and a car took place on the Bauska highway. For the driver of the smallest vehicle, the blow turned out to be deadly, the program “Degpunkta” reports.

At the site of the accident – on the Bauska highway, near the turn to Dzimtmisa – a thorough traffic jam developed. Icarus also came to it, who followed the course of events by filming everything.

The accident happened between a MAN truck and a Honda car. According to initial information, the accident was caused by the youngest driver entering the opposite lane and colliding with heavy machinery almost frontally. At the scene, the program “Degpunkta” met a man who was in the cabin of a truck, in the passenger seat at the fateful moment.

“They left their lane and entered the opposite lane. I either fell asleep, maybe I felt bad, I don’t know, ”says Mareks, a passenger of the MAN car.

Asked if the driver performed an overtaking maneuver, he replies – no.

Only the driver was sitting in the Honda car at the time of the collision. As a result of the impact, she suffered life-threatening injuries and died on the way to the hospital in the ambulance service.

Those sitting in “Fure” did not suffer in the incident. Due to the accident, traffic in both directions was partially closed for a long time, and the highway was slippery due to rain and diesel fuel leaking from the truck’s tank.