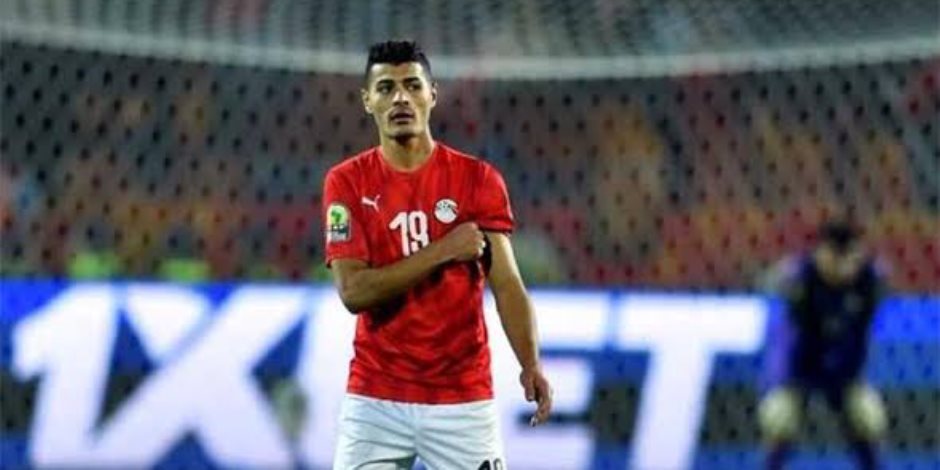 On Monday morning, the Egyptian Football Association issued a statement announcing the suspension of Abdel Rahman Magdy, the Olympic team player and the Ismaili club, until the end of the investigation, after a worker complained at the residence hotel about abuse by the player.

What happened from the player was the result of exclusion from the Argentina match and beyond, so that the Egyptian Federation announced that an investigation was opened with the player and suspended until its completion.

The statement of the Egyptian Federation stated that during the presence of the Olympic team in Japan and a few hours before the second match, the Federation received a complaint from the residence hotel against the player Abdul Rahman Magdy, all of which was about insulting one of the hotel workers.

And immediately, the player was completely excluded, although he confirmed that he did not mean to offend, and it is possible that the misunderstanding occurred due to the difference in language and culture, and the investigation was carried out after the match and the matter was contained in order to focus and provide stability for the rest of the players.

Then the Olympic team’s delegation moved to another country to play the third match against Australia, then to the Olympic village in Tokyo to play the quarter-final match, then headed to the airport and from there to Cairo, and after the team returned, the Football Association decided to suspend the player until the investigation is over and the final decision is taken on him for his non-compliance and violation of the rules.

But in another context, there were some hints inside the corridors of the Egyptian Football Association, especially those close to the Olympic team mission, to the effect that the aforementioned player had harassed one of the hotel workers, who quickly submitted a complaint to the hotel, but there were no surveillance cameras inside the players’ rooms to confirm the validity of This complaint, which made the mission officials to exclude the player from the Argentina match and contain the situation.

But things developed after the residence hotel of the Egyptian Olympic team sent an official complaint to the Egyptian Football Association, asking it to investigate the matter, which called the federation to publish a statement of the incident.

In the same context, Imad Suleiman, supervisor of the Ismaili club’s football team, stressed the necessity of the presence of a representative from the club’s legal affairs with Abdel Rahman Magdy during his interrogation.

Imad Suleiman said in previous press statements that there is a representative from the legal affairs in the Ismaili club with Abdel Rahman Magdy as a player for the first team, stressing that the Ismaili club does not accept any transgression and will work to impose penalties on Abdel Rahman Magdy before the Football Association if it is proven that he departed from the text while he was there. With the Olympic team in Japan.

In the same context, the Egyptian Football Association had thanked the Egyptian Olympic team after the team’s mission ended by bidding farewell to the Tokyo Olympics 2020.

See also  The cause of her coma is complete .. What is the disease of the artist, Yasmine Abdel Aziz?

Al-Ittihad explained that it will transfer the final report on the team to the technical committee as soon as it receives it from coach Shawky Gharib, adding that he He will pay the team’s dues after receiving the technical and administrative reports, and will send a detailed report on the team to the Egyptian Olympic Committee as soon as possible.

It is worth noting that the Egyptian team had bid farewell to the Tokyo 2020 Olympics from the quarter-finals after losing to Brazil with a goal.