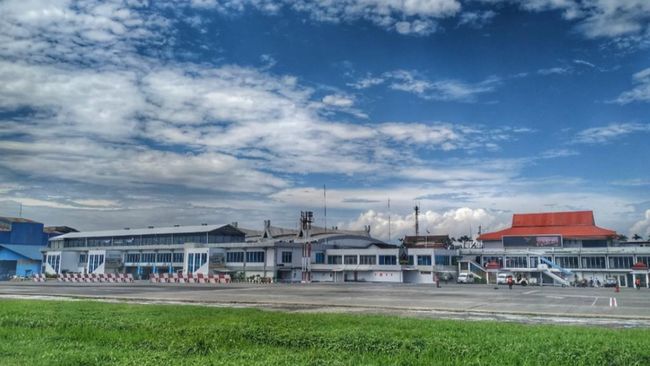 Jakarta, CNBC Indonesia – Many airlines operating at Bandung’s Husein Sastranegara Airport have canceled their scheduled departures since July 19, 2021. Until now, it is not known how long this condition will last, in line with PPKM Level 4 until July 25.

“Cancel flight This starts from July 19, 2021 yesterday. On July 20th, there were 2 aircraft movements that were takeoff Bandung – Medan, with 17 passengers who have met the flight requirements, on the 21st (today) cancel flight again, July 22 cancel flight again, on the 23rd we will make a decision at 7 pm,” he explained, to CNBC Indonesia, Thursday (22/7).

He emphasized that the airport continues to operate because it still serves VIP flights, military operations, aircraft maintenance flights, and others. The airport also still serves PCR/rapid antigen test facilities as well as vaccinations. It’s just that commercial passenger flights do not fly at all.

“Our business flights today as well cancel flight. Who decides cancel flight? That’s the airline, not the airport. Because of ticket sales on airlines. Policy refund That’s what the airline explains,” he explained.

Likewise with international flights. Iwan said that it had been almost a year since there were no foreign flights.

For information, the airlines operating at Bandung airport include Garuda Indonesia, Air Asia, Citilink, and Lion Air Group. According to Iwan, since PPKM Emergency, only Citilink has made the flight.

See also  over 1 million transport sector workers have been vaccinated

Iwan also doesn’t know the reason behind many airlines canceling flights. However, the assumption is likely due to the small number of passengers who buy flight tickets at this time.

The airline knows the reason. Maybe commercial reason, maybe there were no passengers, whether no one bought tickets or only 2-3 people who bought them, I don’t know, so they canceled the flight from July 19 dancing,” he explained.

There are additional special travel requirements during the Eid al-Adha 1442 H holiday period on July 19 to July 25, 2021, the travel of people/passengers including travelers for people/passengers under 18 years is temporarily limited and only exempted for the needs of activities working in the essential sector and critical.

Also only for people with urgent needs such as seriously ill patients, pregnant women accompanied by one family, childbirth accompanied by two families, and a maximum of five people delivering corpses.