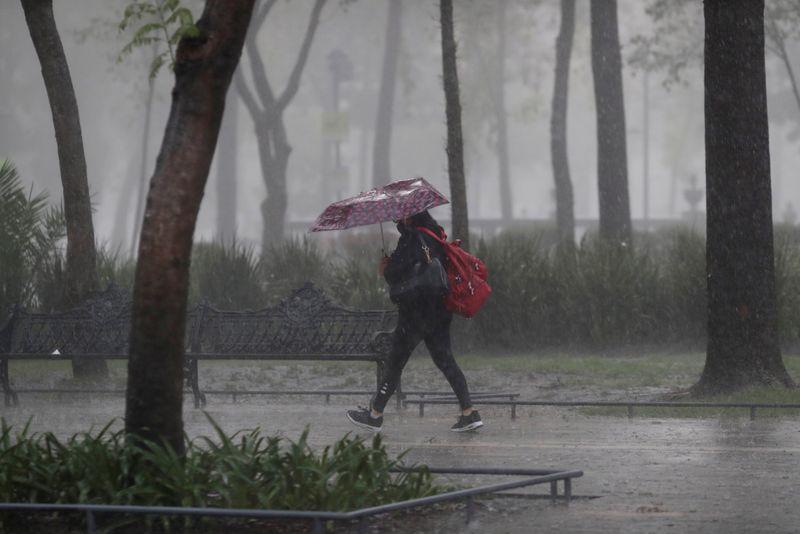 MEXICO CITY, Oct 3 (Reuters) – Tropical Storm Gamma made landfall on Saturday in the Yucatán Peninsula in southeastern Mexico, threatening heavy rains in the coming hours, the National Hurricane Center (NHC) said. for its acronym in English) of the United States.

With maximum sustained winds of 100 kilometers per hour (km / h), at 4:00 p.m. local time (2100 GMT), Gamma was located 60 kilometers northwest of Tulum, a city that is home to Caribbean beaches and an archaeological site widely visited by tourists. The storm was moving at 13 km / h in a northwesterly direction.

“The maximum winds have decreased to about 100 km / h with stronger gusts. Further weakness is forecast tonight and Sunday, followed by some strengthening for Monday, ”the NHC predicted.

The NHC had said earlier that the storm could reach hurricane force winds, but Mexican authorities changed its hurricane warning to a tropical storm warning for the east coast of the Yucatan Peninsula, from north of Punta Allen to the touristy Cancun.