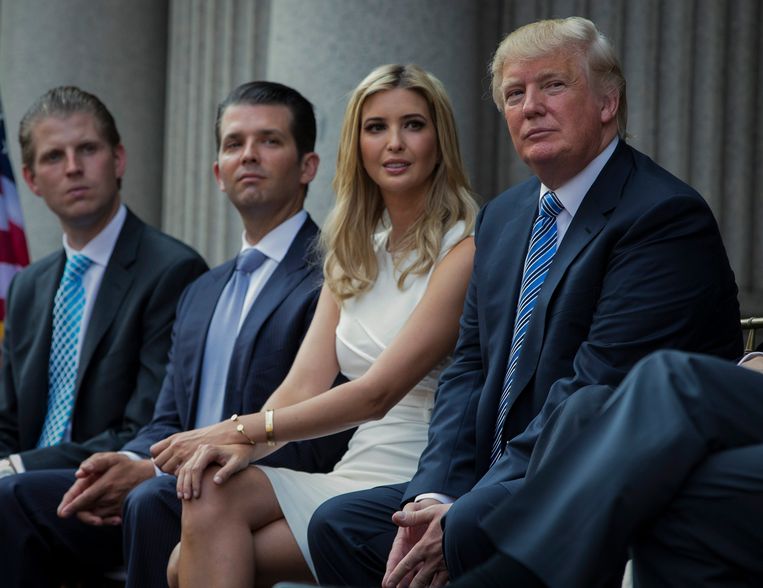 The New York State Attorney’s Office, which filed the civil suit in a Manhattan judge, said the Trump Organization was guilty of “numerous cases of fraud and tampering” in the preparation of its annual financial statements between 2011 and 2021. Those statements were issued to potential business partners, banks and tax officials.

According to prosecutor Letitia James, the aim of the fraud was to paint the value of Trump’s real estate (including luxury hotels, golf courses and office complexes in Manhattan, Chicago and Washington DC) as low or as high as possible in order to obtain tax breaks or favorable loans. to acquire. The tampering involved billions of dollars. In addition to Trump and the Trump Organization, his three oldest children, Donald Jr., Eric and Ivanka, and two former company executives (Allen Weisselberg and Jeffrey McConney) were also charged.

Donald Trump himself denies all allegations. His lawyers paint the civil case as a politically motivated attempt to portray the Republican ex-president in a bad light. Attorney General James is a Democrat. “Today’s case is not focused on the facts or the law, it focuses only on the prosecutor’s political agenda,” said Alina Habba, one of Trump’s attorneys.

The Trump clan has done everything it can to thwart the investigation for the past three years. The Trumps have employed numerous delaying tactics to get out of subpoenas and interrogations, according to prosecutor James. Trump himself refused to answer questions from justice in early August. He invoked his constitutional right more than four hundred times not to incriminate himself.

Trump’s children also tried every possible way to avoid the investigation. Donald Trump Jr and Ivanka Trump refused to testify, and did so only after being forced to do so by a judge. Brother Eric invoked his right to remain silent more than five hundred times in 2020 as a witness.

The lawsuit filed on Wednesday appears to be the most serious legal obstacle to Trump’s political ambitions, who may want to run again on behalf of the Republican party in the 2024 presidential election, but it is by no means the only lawsuit against him.

For example, there is a criminal case against Trump for allegedly taking classified documents from the White House. Based on this suspicion, the FBI raided his Mar-a-Lago estate in early August. In Georgia, a criminal case is pending against Trump for his attempts in 2020 to influence the outcome of the election in the state. A Manhattan prosecutor is also pursuing a criminal case against the Trump Organization for tax evasion. The company allegedly made payments to employees off-books. In this case, former CEO Weisselberg pleaded guilty. He will testify against the company.