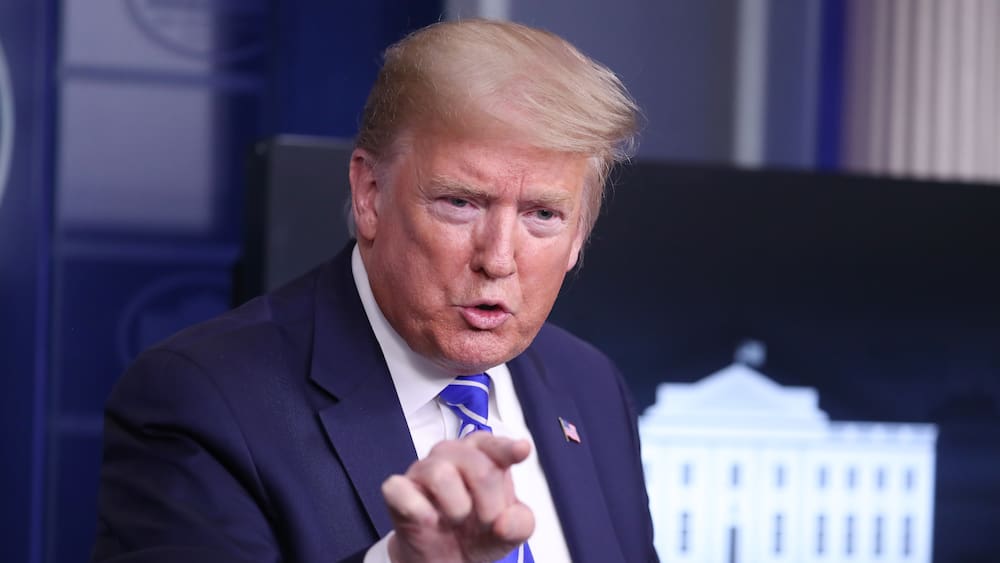 Donald Trump’s question is not only strange, it could have life-threatening consequences. The US President has encouraged researchers to test the direct use of disinfectants in the fight against coronavirus. Trump told journalists Thursday night at the White House that it would be “interesting” to investigate. At a press conference immediately before, a government expert had stated that bleaching and disinfectants quickly killed the Sars-CoV-2 pathogen, for example on dry metallic surfaces such as a door handle.

“Is there a way we could do something like that – by spraying or almost cleaning … would be interesting to check,” Trump said. That would have to be left to the doctors, of course, he added. “But it sounds interesting to me,” said the president. Shortly after, experts in the US media warned: Don’t give it a try! Such a procedure would most likely be life-threatening.

Does Corona Die in Heat? “This is pretty formidable”

During the press conference on Thursday, the US government continued to present new findings on Covid-19. William Bryan, Secretary of State for the Department of Homeland Security for Science and Technology, said that the pathogen’s lifespan is dramatically reduced when exposed to direct sunlight.

Trump also used this to speculate about possible coronavirus therapy approaches. “Let’s say we treat the body with an enormous amount, either ultraviolet or simply strong light,” said Trump. Then he continued to speculate: “Suppose you could bring light into your body, which you can do through the skin or in some other way,” he said, adding that the researchers also wanted to investigate this possibility. “It’s pretty formidable,” Trump said.

In any case, the US President takes pleasure in the insights of his government officials. After all, he had always said that the virus would go away in warmer weather. It’s not that simple, but according to expert Bryan, the warm temperatures should have an impact. Trump then said: “I hope people enjoy the sun. And if that has an effect, that’s great. »

Was at the press conference again the health of Kim Jong Un an issue. Trump described the media reports about the allegedly critical state of the North Korean ruler as “probably wrong”. The CNN broadcaster that published the story relied on “outdated information,” Trump said. “I hope it was a false report,” said Trump.

US House of Representatives also approves fourth US aid package

There was news from the US Congress ahead of the Thursday afternoon press conference. After the Senate, the US House of Representatives has now given the green light for a fourth aid package in the fight against the coronavirus crisis. MPs approved the rescue package law on Thursday. Small and medium-sized companies in particular benefit from this. Hospitals are also said to receive funds. The loans, which can be canceled later, are intended to limit the rise in unemployment in the United States. It is worth a total of $ 484 billion. This brings the US anti-crisis measures to a total of around three trillion dollars.

The decision was made with a clear majority of 388 to five votes. The Senate had already given the green light on Tuesday without a vote against. Now Trump’s signature is still missing. The latter announced that he would sign the bill quickly. (nim / SDA)