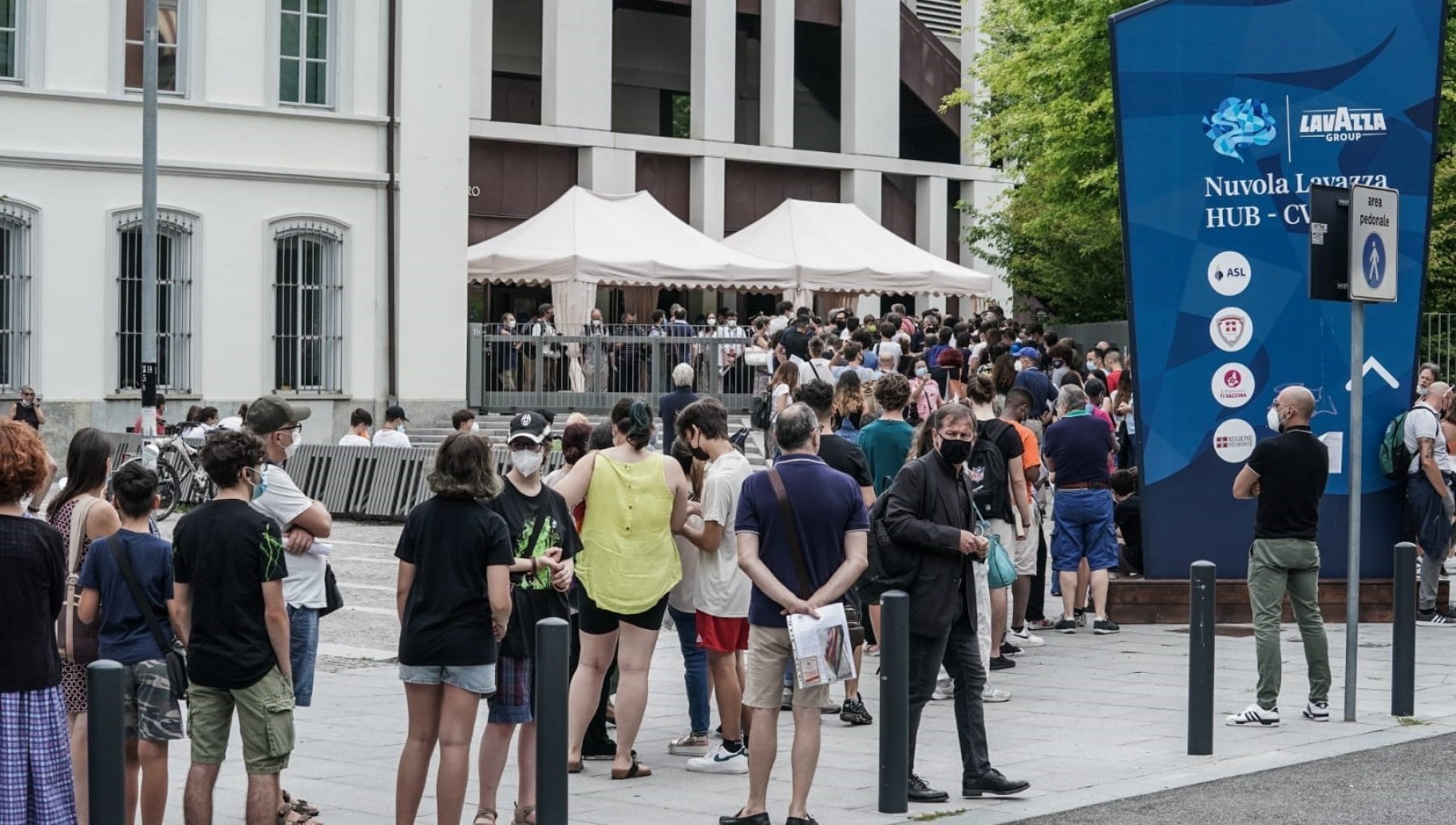 Second day of General Francesco Paolo Figliuolo in Piedmont. At the Nuvola Lavazza hub – manned by the police – a sparse No Vax patrol also showed up: about twenty people holding up signs with the words ‘Hands off the children’ and ‘Children are not guinea pigs’ waited there. arrival of Figliuolo amidst the indifference of children (and family members) queuing for a dose of vaccine.

The general arrived, welcomed by President Cirio and the mayor Appendino, and when asked about the protest he commented: “We are in a free country, that’s right. I saw that there are also many young people queuing for the vaccine”. Then he added: “There is a right to criticize vaccinations, but we go on with scientific evidence. Just remember that polio was eradicated thanks to vaccinations. Everyone makes the choices they believe, but scientific claims must be highlighted. By vaccinating, we save our lives and that of those close to us. Italy has everything to start again and has entrepreneurs who have sewn the Tricolor on their skin and in times of need give back to the country what they can give generously “.

School, here is the plan in Piedmont to say goodbye to Dad: mass vaccination and tampons every 15 days

The first day of free vaccinations for kidsi – that is, without having to book – is proving to be a success in Piedmont: long queues have immediately formed in the dedicated hubs – which can be found on the website ilpiemontetivaccina.it. Teens aged 12 to 19 – often accompanied by their parents – lined up to be vaccinated without having to wait for a reservation. A solution that convinced to divert teenagers from other areas of Turin to Turin as well. For each hub, 60 doses were allocated to satisfy the requests of those who had not joined the platform. And in some vaccination points they ran out quickly.

Government commissioner Francesco Paolo Figliuolo was also satisfied, who attended the presentation of the “Safe School” plan by the President of the Cirio Region at the Nuvola di Lavazza hub. “The ultimate goal of the vaccination campaign on the school front is to bring everyone in attendance: we can’t afford another year like the one we’ve been through. In Piedmont in theory – said Figliuolo – 23 thousand people would be missing from the vaccination call. We need to understand why these people, teachers and non-teachers, do not join: this will give us important information for the action to be taken “.

Vaccines, boom in bookings among kids: five thousand in 48 hours

Vaccination obligation for teachers? “These are reflections that must be taken at the control room and the Council of Ministers level. At this moment I am not able to say it, we are waiting to see how the data will go”, explained the general, adding that “We must get to have a good number of vaccinated students within the first ten days of September. The goal would be to reach around 60%. I believe that very soon – he added – it will be authorized by AIFA also Modern for the very young, and this will give further flexibility to be able to carry out vaccinations quickly “