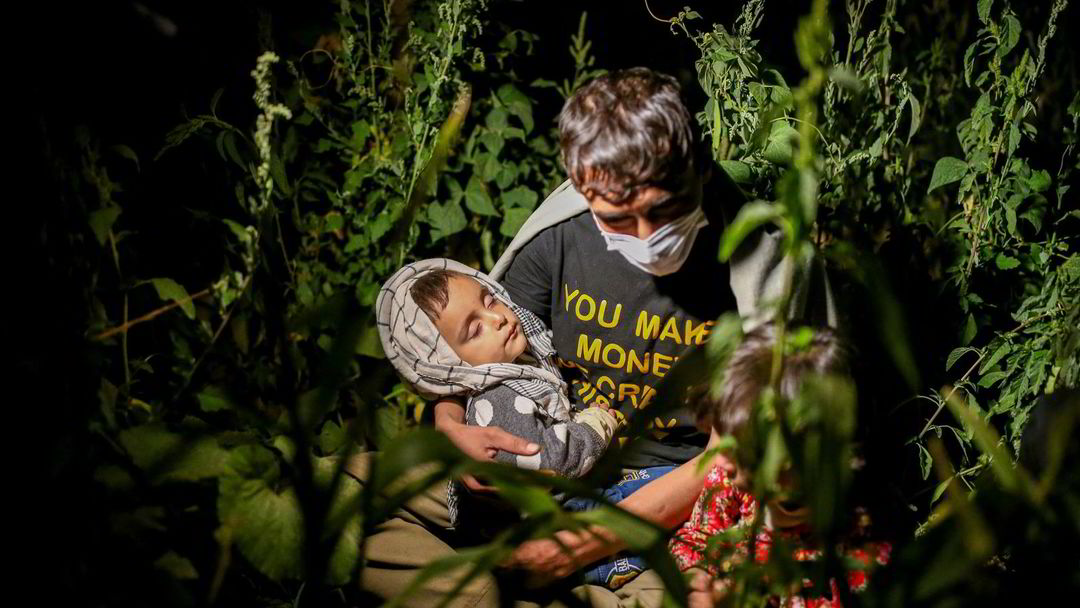 The heads of state must ensure that a resumption of the refugee crisis in 2015 does not happen again, both in Turkey and in Europe.

Europe cannot cope with the consequences of the situation in Afghanistan: “We must protect ourselves against large currents of irregular migration,” French President Macron said in a press release. The EU with its 27 member states has for the past six years worked to introduce tougher measures to reduce irregular migration, and to prevent a recurrence of 2015 when more than 1.1 million refugees applied for asylum in several of the 27 member countries.

Opinion polls in the EU are more in agreement than they are divided on the issue; and they point out that Europeans are worried in 2021. Concerned about an aging population across the continent that is not only pushing the economy but also the social system. Many are worried about what the future will look like, and how Europe as a political, economic, but also cultural and historical will change.

Countries such as Sweden and Germany, which were previously very pro-immigration and migration, are now on their hind legs. The political reality in 2021 is completely different from what it was in 2015. Since then, the EU’s border agency Frontex and the Coast Guard have been significantly strengthened. See this in the context of the fact that every EU country has fully mobilized both the police and the Home Guard to patrol the borders since the start of the pandemic, the EU’s borders are hermetically sealed. Furthermore, most EU countries will only welcome a limited number of Afghan refugees; and then preferably only those who have contributed and worked with the diplomatic missions to each country in the last 20 years, as well as other parts of the population that are tactically good to bring in. For example, those at high risk of Taliban persecution: interpreters, women, religious minorities, LGBTQ people, artists, journalists and human rights activists. I wonder if these rather insignificant numbers of refugees are only strictly speaking political means, to be able to point to responsibility and compassion towards the Afghans.

Another country that is also concerned about a migration crisis is Turkey. Turkey is building a physical wall along the border with Iran to prevent refugees from taking over. President Erdogan who has previously benefited from using the refugee card and the threat of “flooding Europe” with Syrian refugees has been quiet now: Turks do not want more refugees after the country received more than 3.6 million refugees from Syria in previous years, the covid pandemic has worsened the economy, and a number natural disasters have plagued the country this summer. The Erdogan government was therefore quick to point out its strict policy on the growing crisis. The president finds support for his policy in several places, such as on Turkish social media where the talk about Afghanistan is hot: “Those who want to flee to Turkey are men, and instead of being left to fight for their own country,” they flee to Turkey. ” , as a Turkish tweeter writes.

For perhaps the first time in history, Turkey and the EU are on the same team, and agree on their common fight against migration. Merkel or Erdogan will show no mercy to people in need in 2021, whether they come from Syria or Afghanistan. Now working Everyone to prevent refugees from coming and such a coordinated policy in this area has not been seen before. Security and economic bilateral cooperation with Turkey is something we will see more of this year, something Norway will also be involved in, as part of international cooperation.

The situation today is sadly a great relief for the EU, which since 2016 has desperately tried to wage the fight against mass immigration alone, with a threatening Erdogan on its outer border, which has often hindered the process.

Roughly speaking, and realistically enough, one can say that politicians are taking advantage of the situation and the people’s fear of new mass immigration now that they can do so. Even with pressure from Afghanistan and through the media and NGOs on the ground their daily flagging and reporting on the violations of women’s rights, systematic persecution and terrorism against civilians, policies will remain firm in this field. For right now, there are far too many other major changes in the world to have the political will, resources and interest to think about Afghanistan.(Terms)Copyright Dagens Næringsliv AS and / or our suppliers. We want you to share our cases using a link, which leads directly to our pages. Copying or other use of all or part of the content may only take place with written permission or as permitted by law. For additional terms look here.