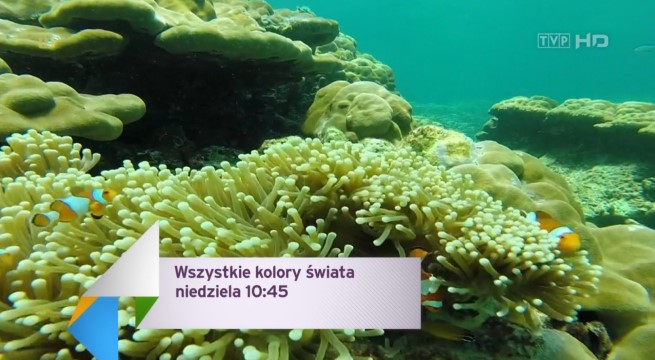 Canal TVP HD began broadcasting in 2008, when individual broadcasters created stations broadcasting high definition content. Nowadays HD is a standard and there are no longer any special channels related to this picture quality.

For several years, the public broadcaster has been wondering how to develop an antenna that has a considerable technical coverage thanks to its presence in cable networks and digital platforms. Currently, the TVP HD schedule includes the popular series “M jak miłość,” Ranczo “,” Rodzinka.pl “,” Father Mateusz “, but also travel programs” Makłowicz on the go “,” Wojciech Cejrowski – barefoot through the world “, game shows and movies known from other channels.

Soon the number of repetitions is to be reduced and the station is to gain a more specific profile. – There were different concepts. From the TVP4 channel, but we had and will have TVP 4K again, through the movie channel. Everything is heading towards a lifestyle station with entertainment, travel, food and possibly concerts. It will certainly be more orderly, because the series are already in the offer of our channels TVP Seriale or TVP Woman – a TVP employee who wants to remain anonymous tells Wirtualnemedia.pl.

On September 17, TVP registered the TVP Relaks brand with the Patent Office of the Republic of Poland. Will it replace TVP HD? – Work in progress. Telewizja Polska will inform about the details in due time – informs the portal Wirtualnemedia.pl TVP Information Center.

The draft Charter of Duty, which TVP sent to the National Broadcasting Council, shows that investments in TVP HD are to increase. In 2022, the channel’s budget will consume PLN 7 million, and in 2024 as much as PLN 11 million.

TVP Relaks will not be the first channel with the word “relax” in its name. At the turn of the 20th and 21st centuries, Polsat broadcast the Relaks station (later Muzyczny Relaks) with disco-polo music, and in the 90s, ATV Relaks with series, films and the French edition of the “Fort Boyard” program was available on cable networks. Both channels no longer exist. In 2020, TVP HD had 0.474 percent. share in the television market, which means an increase of almost 20 percent. compared to 2019 – according to the Havas Media Group analysis made available to the Wirtualnemedia.pl portal, prepared on the basis of Nielsen Audience Measurement data.

In the Patent Office of the Republic of Poland, the public broadcaster also registered two designs of the TVP Nauka logo. Interestingly, they differ from the new TVP Sport logo. They resemble graphic signs used so far by TVP. Polish Television does not reveal when the other antennas will have logos similar to TVP Sport.

In October this year. The TVP Nauka portal should start operating, and a year later the channel. In March we informed that the director of TVP Nauka was the popularizer of astronomy Robert Szaj, and the annual preparation of its programming and distribution offer amounts to nearly PLN 40 million. The schedule will include programs devoted to science, technology, ecology, medicine, chemistry and physics. Everything is to be presented in an accessible way to attract young viewers.