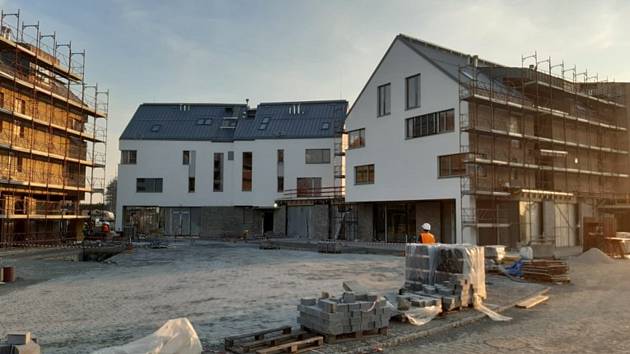 Nebřenice was chosen by the developers for the construction of the Oaks project. There is a place for a new lifestyle – people “get” a concierge service (an assistant who is able to arrange the possible and impossible), a 24-hour security service, shops, a spa nursery or a professionally licensed golf course. And housing designed by successful foreign architects.

“We are creating a new lifestyle worthy of the 21st century in the Czech Republic, where you can dedicate your time only to what really matters and enjoy active rest, whether with friends or family. Picturesque surroundings and pure nature behind the windows, complemented by top-level services and, last but not least, premium architectural and design solutions, ”describes Jan Zemánek, head of Arendon, the developer of the project, about the Oaks Prague project.

Jiří Pácalt from Kolkovna: Gastronomy got a tailspin. We have a third of bartenders left

Apartment buildings and residences are built on an area of ​​140 hectares. The residential part will contain approximately 480 homes in the form of atypical apartment buildings, semi-detached houses, family houses and luxury golf villas.

The project is backed by money from the London investment group Kew Capital, which finances the development company Arendon Development Company. “We plan to complete the entire complex in 2028,” said Jan Zemánek, CEO and Chairman of the Board of Arendon. Unofficial estimates of the amount of investment speak of more than 10 billion crowns.

The heart of the complex will be the castle, which was built in the early 19th century for the von Schüttelsberg family. The cultural monument is being renovated under the direction of London architect John Pawson. For example, Chapman Taylor studio or Joanna Allen and Eric Holding (JTP Architects) work on houses and flats, who have created several quarters of London, including the one around Wembley Stadium.

See also  An airline that has not been established for a year, orders a huge number of planes

The houses were also designed here by Vivian Lee from the Meier Partners studio, from which, for example, Getty cebter in San Diego or high-rise buildings in New York stand. Among other things, Vivian Lee designed a two-storey villa in the new town, which is directly adjacent to the golf course. The net area of ​​the villa is over eight hundred square meters and the owner will find four bedrooms, a bar, a study or a cinema.

The first fine for the apartment owner for Airbnb. He violated building regulations

Commissioning of low-energy apartment buildings, designed by Chapman Taylor Studios and JTP Architects in London, is scheduled for autumn 2021. Those interested could choose from 39 unique apartments from studio apartments to duplexes of 190 square meters, 65 percent of which are now sold.

Next year, the construction of a kindergarten for 40 children and also a wine cellar at the golf club will begin. In the next phase, a spa, hotel and other sports facilities will be built. According to the mayor of Popovičky, Jaroslav Richter, the municipality is in almost daily contact with the developer. “From solving technical matters to the issue of integration, the villages of their inhabitants,” he described. As many as 700 inhabitants will significantly increase the local community, which today has 400 inhabitants.