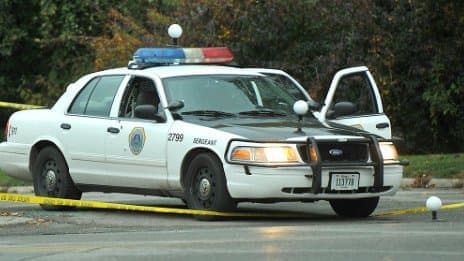 Two young men aged 16 and 18 died on November 13 in Florida after being the target of police fire while in their vehicle.

In the United States, authorities are investigating the deaths of two African-American teenagers who were driving in a car in Florida on November 13 when they were the target of police shootings, reports this Sunday le New-York-Times. Video of the scene was released on Nov. 17 by the Brevard County, Florida, police office, about 70 miles east of Orlando.

The facts take place last Friday, November 13, around 10:30 am. According to a spokesperson for the authorities, two police officers are following a vehicle they believe to be a stolen car, which allegedly fled after an earlier chase with a colleague of theirs.

Teenagers scared of the police

After following the car for a few minutes, the officers get out of their vehicle to “try to make contact” with the two teenagers according to Sheriff Ivey. One of them repeatedly shouts at the driver to “stop the vehicle”, as evidenced by the video.

But the driver (identified as Angelo Crooms) rushes straight at the officer, according to the latter. The policeman then shoots, considering himself in a position of self-defense. At least eight shots are fired, according to the video.

The two teenagers, Angelo Crooms (16) and Sincere Pierce (18) who were in the car are affected. They are both hospitalized but they die of their injuries in hospital, reports the American daily. A third person was in the vehicle but was not injured.

The young men’s families lawyer, Benjamin Crump, says the teenagers were simply “terrified” of being chased by law enforcement, and that they were just trying to flee for fear. The lawyer also writes that the officer was “out of danger” when he decided to get closer to the teenagers in order to “aim better”. “He fired with intent to kill” and “continued firing while the car was stationary”.

The father of one of the young men has indicated his intention to file a complaint against the police officers involved. “We want justice,” he said.

Cynthia Green, Sincere Pierce’s aunt and guardian, recounts in a television interview that she witnessed the scene that morning. According to her, the car the two teenagers were in was not stolen in any way. After seeing the police car following her nephew’s car at full speed, she says she followed them in the car, then shouted in vain: “Don’t shoot! Don’t shoot! My child is inside!”.

A rally and vigil were organized last week in Cocoa in honor of the two young men, during which some people had brought “Black Lives Matter” signs.