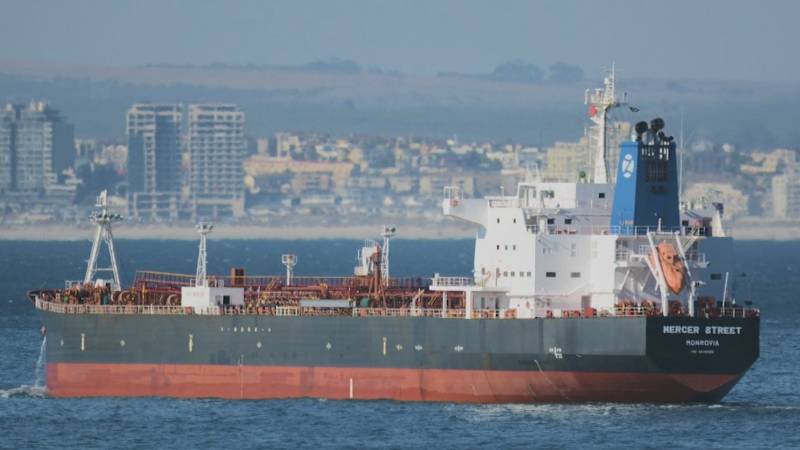 Two people were killed in an attack on an oil tanker off the coast of Oman. It concerns a British and Romanian crew member. The tanker is operated by Zodiac Maritime, a British company owned by an Israeli billionaire. The ship itself, Mercer Street, flies the Liberian flag and is owned by a Japanese company.

It was initially believed to be an attempt at piracy, but now the Israeli government holds Iran responsible for the attack. In a statement, Foreign Secretary Yair Lapid said he has discussed the incident with his British counterpart and has pushed for a firm response.

Iranian government-owned TV station Al-Alam said the attack was in retaliation for an Israeli airstrike on a military airport in Syria a week and a half ago.

Iran has repeatedly carried out similar attacks in the Gulf of Oman and the Arabian Sea on ships associated with Israel, Israel says. So far there have been no deaths.

last march pointed the finger of blame at Israel for explosions on an Israeli ship carrying cars. In April, a ship near the Emirates was attacked. In the same month, also attacked an Iranian ship, it may have been an Israeli retaliation.

Sometimes explosions are caused by sticky mines on the hull of the ship. In this case, there is speculation about an attack with a drone. United Kingdom Maritime Trade Operations, part of the British Navy, is investigating the incident. The ship is currently being escorted by a US Navy vessel to a safe location.

Start this month A Zodiac Maritime ship was also attacked in the Indian Ocean. There were no injuries.