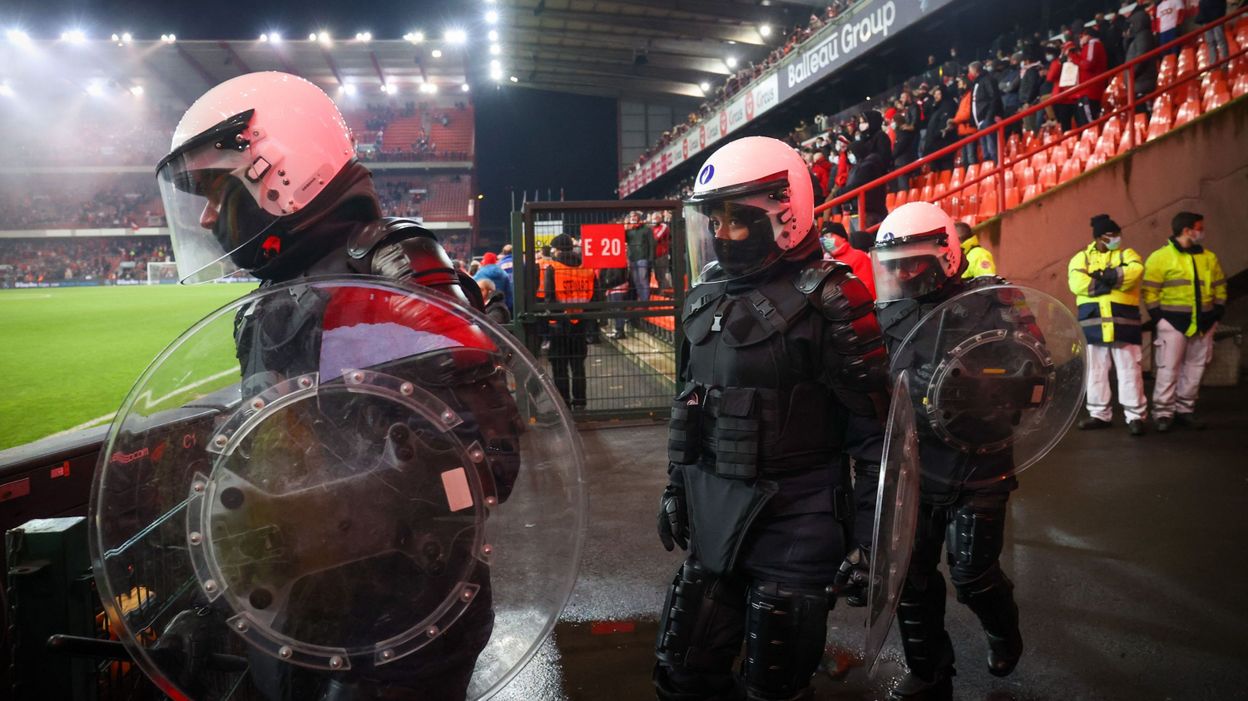 Standard is penalized with two matches behind closed doors and a 0-3 defeat after the excesses that punctuated the match against Charleroi on December 5, during the 17th day of the Pro League. The disciplinary committee delivered its verdict on Thursday.
Standard supporters had thrown smoke bombs onto the field on several occasions and forced the police to intervene after an invasion of land following the stoppage of the match in the 88th minute.

It is not yet known when this closed-door sanction will be imposed because it cannot currently be served. Regulations aimed at combating the coronavirus currently prohibit the presence of supporters in stadiums. The sanction will be applied after the fan restriction is lifted.

The day after the match, Standard had communicated that it would take strong measures to avoid this kind of incident again : the closure of part of the stands, a stoppage of ticket sales for home matches and a ban on the sale of tickets for away matches.

Standard still has the option of appealing to the Belgian Court of Arbitration for Sport (CBAS).

Beerschot was also sentenced to two matches behind closed doors and a fine of 5,000 euros by the National Discrimination and Racism Chamber of the URBSFA after the incidents during the derby against Antwerp (0-1 defeat).

On December 5, a Beerschot supporter took to the pitch to throw a bengal fire at the Antwerp supporters’ block. The ‘Rats’ supporters had also sung anti-Semitic songs and unfurled a discriminating banner against Radja Nainggolan, trained at Beerschot and who now wears the Antwerp jersey.