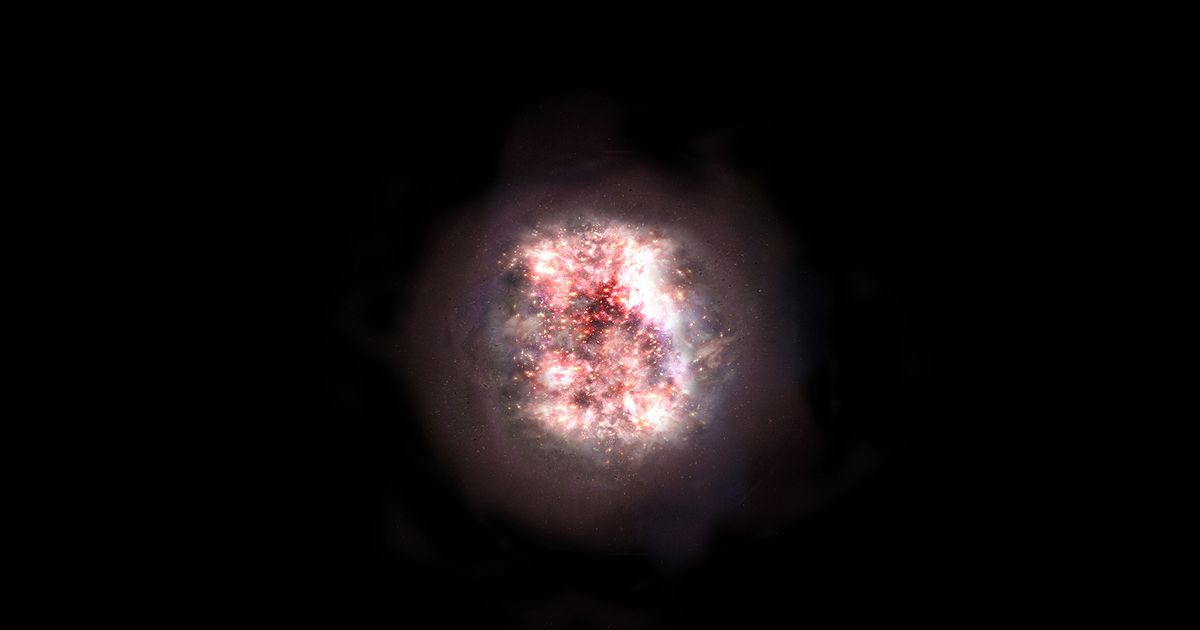 An international research team, led in particular by the University of Geneva, has discovered two new galaxies in the early Universe, 13 billion years old. This discovery suggests that a very large number of galaxies have not yet been detected.

As researchers led by the universities of Geneva and Waseda (Japan) and the National Astronomical Observatory of Japan (NAOJ) studied observation data from young and distant galaxies, these astronomers noticed unexpected emissions from seemingly empty regions of space, explained this week a press release from Unige.

Research confirmed that these signals came from two previously unknown galaxies. The latter, formed barely 800 million years after the Big Bang, are almost entirely hidden by cosmic dust. They thus escape the eye of telescopes like Hubble.

The discovery suggests that there could be many galaxies that have yet to be detected, far more than previously thought, say astronomers, who have high hopes for the future James Telescope. -Webb.

Guest on the CQFD program, Pascal Oesch, assistant professor at the Astronomy department of the University of Geneva (Unige) and one of the authors of the article published in the journal Nature, confirms the serendipity of this discovery: “As often, the unexpected discoveries are the most interesting.”

Originally, scientists were studying data from the ALMA antenna array, which sits in the Chilean Andes desert, he explains. This telescope makes it possible to observe space in millimeter wavelengths, which is much longer than telescopes like Hubble, which make it possible to observe cosmic dust, “that is to say particles that contain a few molecules. only “, explains Pascal Oesch.

See also  Cheats & hacks are already being offered to players

Galaxies not yet observable

The galaxies thus hidden cannot be observed with Hubble. “This type of galaxies hidden by dust, we know maybe a dozen of them. We thought it was quite rare,” he says. “We know their distance quite precisely,” he continues, but today it is impossible to observe them directly.

However, their observation could be made possible by the launch in December of the all new James-Webb Space Telescope. “We will have a much higher sensitivity than with Hubble. With the James-Webb, we will be able to observe galaxies at wavelengths much closer to infrared. And this dust-hiding effect will be reduced”, explains Pascal further. Oesch.

This new tool will work in complementarity with ALMA, which will detect dust clusters, while James-Webb will allow seeing through.

The mystery of the origins

The objective pursued by this research is to know when the first galaxies were formed, always going back further in time. And thus, perhaps, to contribute a little more to answering the mystery of our origins.

In the current state of knowledge, galaxies only 400 million years old after the Big Bang are known. “But we know that there were some before,” says Pascal Oesch. On the other hand, it remains for the moment impossible to go back further than the Big Bang, which remains an unsurpassable horizon.