Tykac’s energy companies do not make money. In total, 1.7 billion were lost

According to the weekly’s website, both mining companies Severní energetická and Vršanská uhelná reported a loss in the order of hundreds of millions of crowns. The profit of the company Sev.en EC, which operates the power plant in Chvaletice, then fell from 714 to only 33 million crowns compared to 2018. Due to the revaluation of assets, the Kladno heating plant lost a loss of 1.15 billion crowns.

According to Sev.en Energy, energy is severely affected by policy decisions at European level that have an impact on coal mining.

Hrot reminded that Teplárna Kladno was taken over by Tykač’s group last year from the Swiss Alpiqu. “The revaluation of assets downwards by 1.6 billion crowns was performed by the former owner just before the sale of the company. Without this accounting operation, the heating plant would have been profitable last year. Its revenues increased by almost ten percent year-on-year to 4.12 billion crowns. The indebtedness of Teplárna Kladno for banks and companies from the Sev.en group reaches a similarly high figure, “said the website.

According to the server, the loss of Vršanská uhelná, which mines brown coal in the Most region, amounted to 222 million crowns last year, more than doubling year-on-year. Revenues fell slightly to 3.5 billion crowns, the company covers losses from retained earnings of previous years, which reached 1.7 billion crowns at the end of last year.

“In the case of the second mining company Severní energetická, which includes the ČSA lignite quarry near Litvínov, the loss is even higher. The negative financial result for 2019 reached 321 million crowns, which is a similar figure as a year earlier. Revenues stagnated at the level of 2.2 billion crowns. Unlike Vršanská uhelná, Severní energetická cannot cover the loss from the profits of previous years, because it no longer has any, “added Hrot.

Revenues of the company Sev.en EC, which operates a coal-fired power plant in Chvaletice in the Pardubice region, then fell by 12 percent to 3.79 billion crowns last year.

According to Gabriela Saričková Benešová, a spokeswoman for the Sev.en Energy group, last year was challenging for most companies that mine and process coal. “The energy sector is severely affected by political decisions at European level that prioritize subsidies from taxpayers’ pockets over the operation of the free market,” she said. According to her, the Sev.en Energy Group responds to the situation by optimizing its business strategy. “Among other things, by investing in the purchase of other units in the Czech Republic and abroad,” she added.

Since 2018, the Sev.en Energy holding has included Tykač’s companies previously associated in the Czech Coal and Sev.en groups. In the Czech Republic, the group operates two lignite mines and four coal-fired power units, and last year it bought cogeneration sources from the Swiss company Alpiq in Zlín and Kladno. Coal is mined mainly in the Vršany quarry in the central part of the North Bohemian Brown Coal Basin and further in the ČSA locality.

From 2024, Sev.en Energy will also be the owner of the Počerady lignite power plant. It is one of the largest power plants in the Czech Republic, it has five units, each with an installed capacity of 200 megawatts.

Last year, the company acquired a half stake in the multinational energy company InterGen NV, which owns three power plants in the UK and has a stake in two power plants in Australia. At the beginning of June this year, Sev.en Energy was taken over by the American mining company Blackhawk Mining, which is a major supplier of metallurgical coal to American and international markets. In May, the company also acquired a 17.1 percent stake in US metallurgical coal producer Corsa Coal Corp. 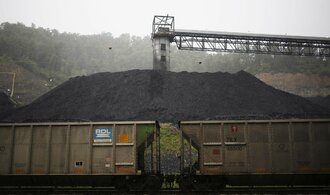 Banco de Venezuela is one of the largest banking entities in our country, so we believe it is convenient...
Read more

Beginner’s Guide: A Complete Guide to Buying and Selling Bitcoin!

Bitcoin The use cases have evolved quite a bit...
Read more
Business

French grands crus will be transformed into alcohol to be disinfected

“Maybe we are already in the second wave”

“South West” You are retiring in a few days after having led the ARS...
Read more

“Why is everyone so miserable and angry?” Prince Harry suffers from negative comments on news sites – Family – Apollo.lv – Woman

"Feverishly scrolling through his iPhone, he often couldn't get away from reading the comments...
Read more
Archynewsyarchynewsy.com