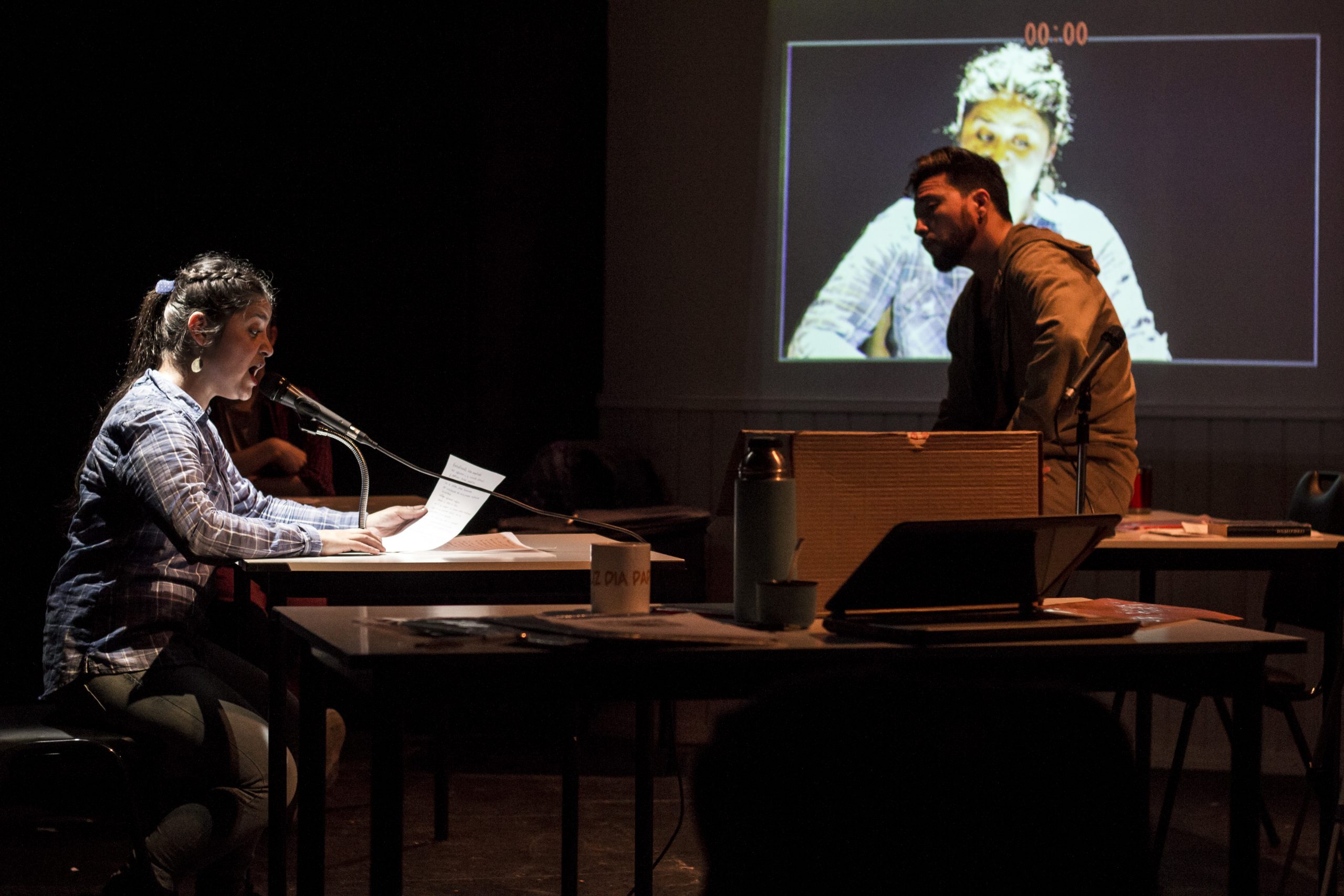 On November 25 at 5:00 p.m., through the Zoom and Facebook Live platforms, the Chileescena.cl website will be re-launched. New collections, updated navigation tools and the entry of theater companies active in the 21st century enrich this site, which makes valuable materials from the memories of Chilean theater available to the public.

Since 2010 the website ChileEscena.cl has stood out as a platform that makes visible important visual and audiovisual records of patrimonial value of the Chilean theater. Put online by the Research Program and Archives of the Theater Scene of the UC Theater School, the portal is conceived as a generous place in documentary resources so that its users can nurture their research, their artistic processes, their teaching, their vocation for theater.

The site offers those who value theater as an agent of art, culture and construction of critical citizenship, thousands of theoretical, iconographic, sound and multimedia materials online that give access to the creative production of those who have displayed their talent and vocation on Chilean stages throughout our history.

Visitors to the site andn will find records of plays and those materials that attended and shaped the creation process. Regarding them, Jonathan Aravena, a researcher at Chileescena.cl, points out that “the records of the processes leave an abundant creative and reflective material, which surpasses the material that we later consider work, which involves a selection.

[Te puede interesar]: Bombo Fica manifests with artists at the Caupolicán Theater: “We demand that in this next Constitution art and entertainment are a right”

This process material allows us to see, think, reorient or project the work within the human team that constitutes the same company, or for researchers, to see in more detail the complexity of a creation. Those records are drilling and excavation; the discovery and complexity of a construction, such as the theatrical, which is always collective. Many times, it happens that a creative work or project is the incubator for other jobs that will later follow. Therefore, in these process records, there is the development not only of a specific job, but also of a broader project ”.

Regarding the role that the Performing Arts program has played, María de la Luz Hurtado, director of the program, points out that “the theater is updated on the scene in a permanent back and forth between the irruption of new creatives and their connection with previous discoveries. The UC Scene Archive is betting that its arduous work of reconstruction of the poetics of the scene in Chile will feed the new creativities and the theoretical-critical production on our theater. For this, it has generated multiple platforms for dissemination and access to its 30 thousand materials, created museum projects, publications, network devices and provided its files to various documentary makers, directors, actors, thesis students, cultural managers, teachers who incorporate these materials into their own proposals, enriching them fruitfully. To date, more than 200 thousand people have enjoyed and interacted with these mediations ”.

The re-launch of this site will be carried out via Zoom and will be transmitted through the platform Facebook Live of @EscueladeTeatroUC November 25 at 5:00 p.m.. On the occasion, there will be a tour of the website and tools will be provided so that emerging companies can start creating their own archive.