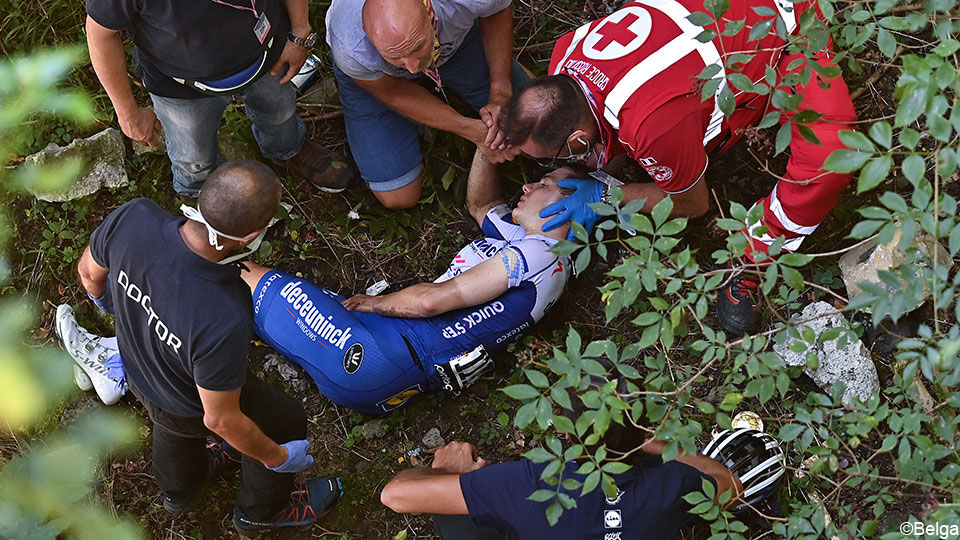 It was a terrifying image about 40 kilometers from the finish in the Tour of Lombardy. Remco Evenepoel dived over a wall into the abyss during the descent of the Muro di Sormano.

Recently, images surfaced from just after the fall of Evenepoel. Davide Bramati, sports director of Deceuninck-Quick Step, takes something out of Evenepoel’s back pocket and quickly puts it away. Speculations immediately started on social media.

“We have asked the CADF (an anti-doping agency) to investigate the television images and question witnesses,” said UCI chairman David Lappartient. “We want to know what has been taken out of Evenepoel’s back pocket.”

Bramati has already answered that question in Gazzetta dello Sport. “When it was clear that Remco would be put on a stretcher, I took everything away: his radio transmitter, his gellekes and his bars and put it in my pocket.”

In a reaction after the finish, Bramati already said that they thought Evenepoel had fallen, “because he no longer sent data”. “What data are we talking about?” Asked Lappartient.

“It is forbidden to transmit certain data during the course. When it comes to location data, it is something else. But other data may not be sent and we want to investigate that.”

Evenepoel was the top favorite for the Tour of Lombardy, but broke his pelvis in the fall. He is currently recovering at home, his season is over.

See also  "Did you warm up the tires?": The riders of the Tour de Wallonie had fun on the Zolder circuit