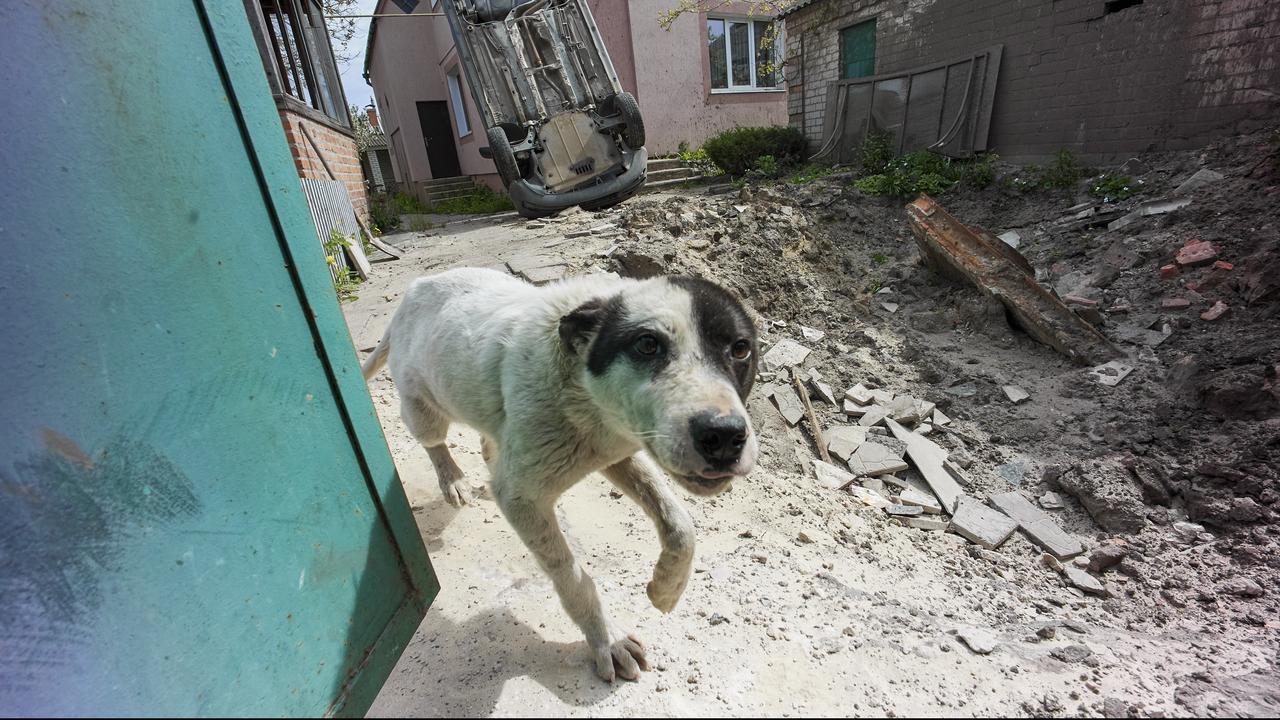 A Ukrainian man and his dog have rescued themselves by walking 225 kilometers of war zone to Zaporizhzhia. What makes the trip extra special is that the man left heavily besieged Mariupol, writes The Guardian Friday.

Pedin, 61, made the decision to leave on April 20 and started walking three days later. At that point, Mariupol had been bombed for two months and surrounded for almost the same amount of time. “But I left because the Russians approached my house and executed people during house searches,” he claims.

The Ukrainian managed to escape the city by eluding other Russian soldiers who were distributing food and water to residents of the city. Speaking to the British newspaper, he says that it took him hours alone to leave the city and that he saw countless bodies, impact craters and destroyed buildings. That while there is only 5 kilometers between his house and the edge of the city.

Pedin says he had to balance along chasms and watch out for land mines, while carrying his nine-year-old dog Zhu-Zhu and 50 kilograms of luggage. “At a bridge, I had to tie Zhu-Zhu to my stomach and walk 30 meters over a narrow beam,” he quotes. The Guardian hem.

According to Pedin, fleeing Ukrainians are intimidated by Russian troops and pro-Russian separatists. For example, he briefly came into the hands of separatists en route and he was only allowed to continue traveling after they had given him a new ‘passport’.

Incidentally, it is unclear how long Pedin will be in safety in Zaporizhzhia: the city is currently preparing for a major battle against the Russians.

The journey the man made from Mariupol to Zaporizhzhia.