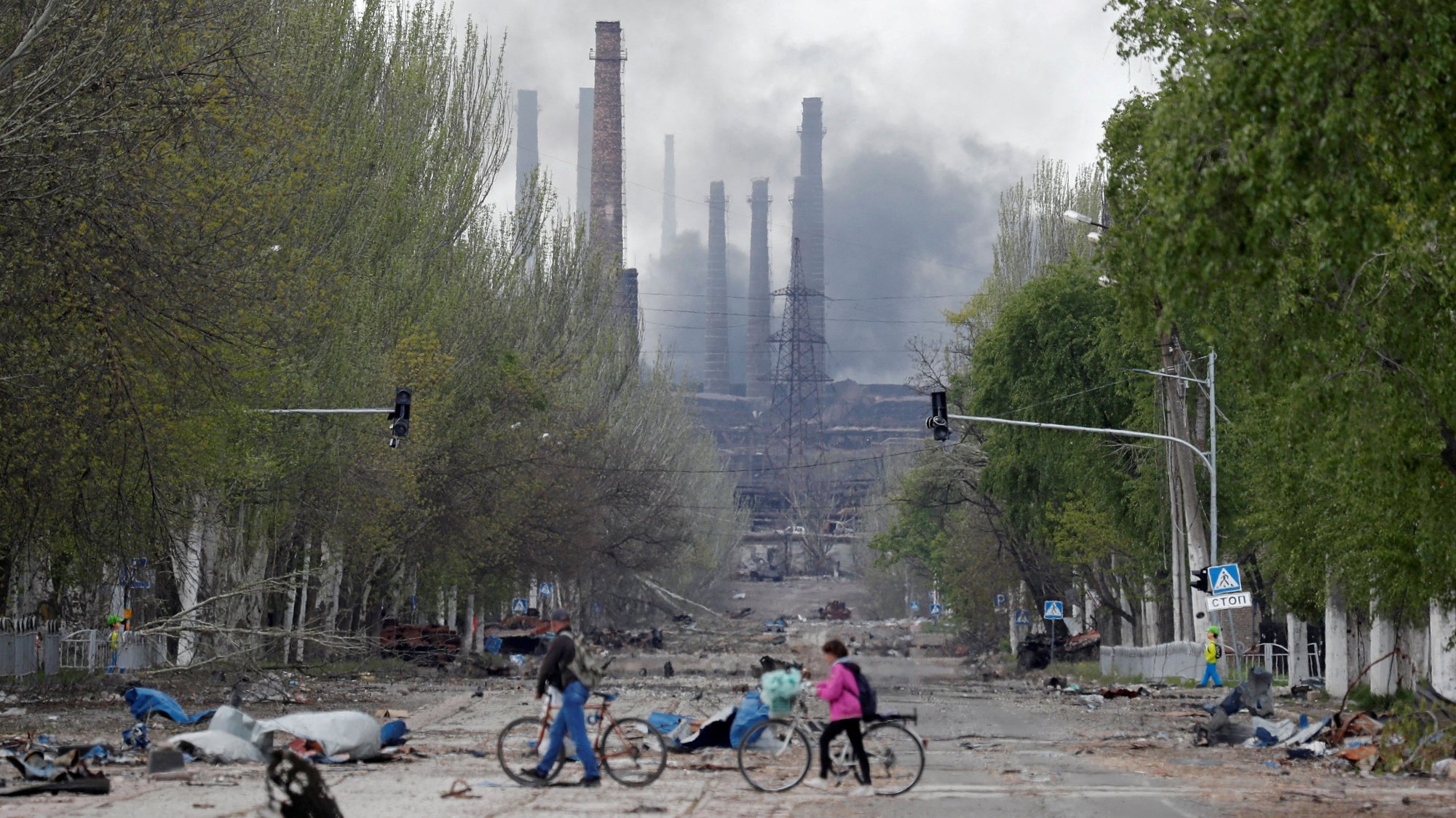 The figure includes ten people who were killed in an attack on a coke factory in Avdijivka, the region’s governor Pavlo Kyrylenko said.

Five civilians were killed in attacks in Lyman, four in Vuhledar, one in Velyka Novosilka, and one in Sjandryholovo, according to the governor.

In addition, 27 civilians were injured in Russian attacks in the Donetsk region on Tuesday, he said.

The figures have not been verified BBC or The Guardian.

Kyrylenko states that 21 deaths are the highest daily death toll in the region since the rocket attack on the railway station in the city of Kramatorsk in April, in which 50 civilians were killed.

Ukrainian authorities have reported airstrikes in the center and southwest of the country, according to the BBC.

On Tuesday night, there were reports of rocket attacks against Lviv in the west of the country, near the border with Poland. Two people are said to have been injured. The attack knocked out the power supply in the city, according to reports.

But Ukrainian authorities have also reported attacks in the central region of Kirovohrad and the southwestern region of Vinnytsia, which borders Moldova, according to BBC.

In addition, Ukrainian authorities have reported attacks in the Zakarpatska region, which borders Romania, Hungary, Slovakia and Poland. This mountain region has so far avoided attacks in the war.

Russia’s focus is on Ukraine’s eastern regions, but other parts of the country are also still affected. Moscow has long warned that Russian forces could crack down on the transport of Western weapons to Ukraine.

Russian forces have carried out several attacks on railway infrastructure in Ukraine, according to the country’s railway company.

At least 14 trains were delayed as a result of the attacks, he states.

The Ukrainian army has also reported attacks on railway infrastructure in the Kirohrad region, claiming the attacks there led to an undisclosed number of casualties.

The railway network in Ukraine has played an important role during the war, not only for transporting people, but also goods and military supplies as roads and bridges have been destroyed.

Electrical infrastructure has been hit by rocket attacks in Lviv in western Ukraine, according to city officials.

The attacks on Tuesday night led to a power outage, according to Mayor Andrij Sadovy, who is quoted as saying BBC. Eyewitnesses reported fires and black smoke from the areas hit.

Several health institutions will be affected by the power outages. At least two people are reportedly injured.

Russian rockets also hit several railway stations in the west and center of the country, according to the state-owned Ukrainian railway company. No one has been injured here, but the material damage is extensive.

Lviv is located in the west of Ukraine, not far from the border with Poland.

At least 290 civilians have been found dead in the Ukrainian city of Irpin since Russian forces withdrew in late March, the city mayor said.

The city is located just outside Kyiv and was the scene of fierce fighting between Ukrainian and Russian forces until the Russians withdrew on March 28.

On Tuesday, mayor Oleksandr Markusjyn states that 290 civilian bodies have been found since the Russian withdrawal, writes CNN.

185 of the dead have been identified. The majority of them are men, and they were killed by either splinters or they were shot, according to Markusjin.

Zelensky facilitated the evacuation of civilians from Mariupol

The President of Ukraine says in his daily video speech that he is relieved that 156 civilians got to safety on Tuesday after being evacuated from Mariupol.

– Finally, these people are in complete security, says President Volodymyr Zelenskyj in the video speech.

The evacuation from the Azovstal steelworks and other parts of Mariupol was prepared after thorough preparations and after lengthy negotiations, with the help of several brokers, he explains.

The port city of Mariupol has been almost completely conquered by Russian forces, and large parts of the city have been destroyed. Several hundred civilians have sought refuge in bunkers under the steelworks for several weeks while the fighting has been going on. There they have been protected by Ukrainian soldiers who are still standing.

In his speech, Zelensky accuses Russian forces of failing to comply with the ceasefire in Mariupol and of continuing the attacks on Azovstal, reports CNN.

– They continue with massive attacks against Azovstal. They are trying to storm the facility, he says.

According to local reports, Russian forces have continued to bomb Azovstal even during the evacuation, which gradually began on Sunday. BBC has not been able to verify the information.

In his speech, Zelensky also praised foreign allies, among them the Prime Minister of the United Kingdom Boris Johnson, who on Tuesday gave a video link to the Ukrainian National Assembly.

Zelenskyj also says that he has talked to representatives of some of the world’s largest companies about how to “put pressure on Russia to end the war”, writes The Guardian.

Four humanitarian corridors are planned from, among others, Mariupol to Zaporizhia on Wednesday, the Ukrainian government states.

Deputy Prime Minister Iryna Vereshchuk says the four corridors will be opened from Mariupol, Lunacharsk, Tokmak and Vasylivka “if the security situation allows it”, reports CNN.

On Tuesday, 156 civilians arrived in Zaporizhia from the besieged Azovstal steelworks and other areas of Mariupol via humanitarian corridors, according to President Volodymyr Zelensky.

27 died in collision in Ukraine

At least 27 people have lost their lives in a traffic accident in the western part of Ukraine, the country’s authorities say.

In addition, at least twelve people were injured in the collision, police in the Rivne region say.

The accident happened on Tuesday when a bus, a minibus and a tanker truck loaded with petrol collided near the village of Sytne in the district of Dubno, about 100 kilometers from the border with Poland.

The driver of the minibus allegedly caused the accident, writes security expert Anton Herashchenko in the Ukrainian Interior Ministry in the messaging service Telegram.

President Volodymyr Zelenskyj commented on the accident in his daily video speech at midnight Wednesday night. At that time, 17 people had been confirmed dead in the accident.

– I offer my condolences to all those who have lost loved ones. “I have asked for all the necessary help to be made available,” he said.