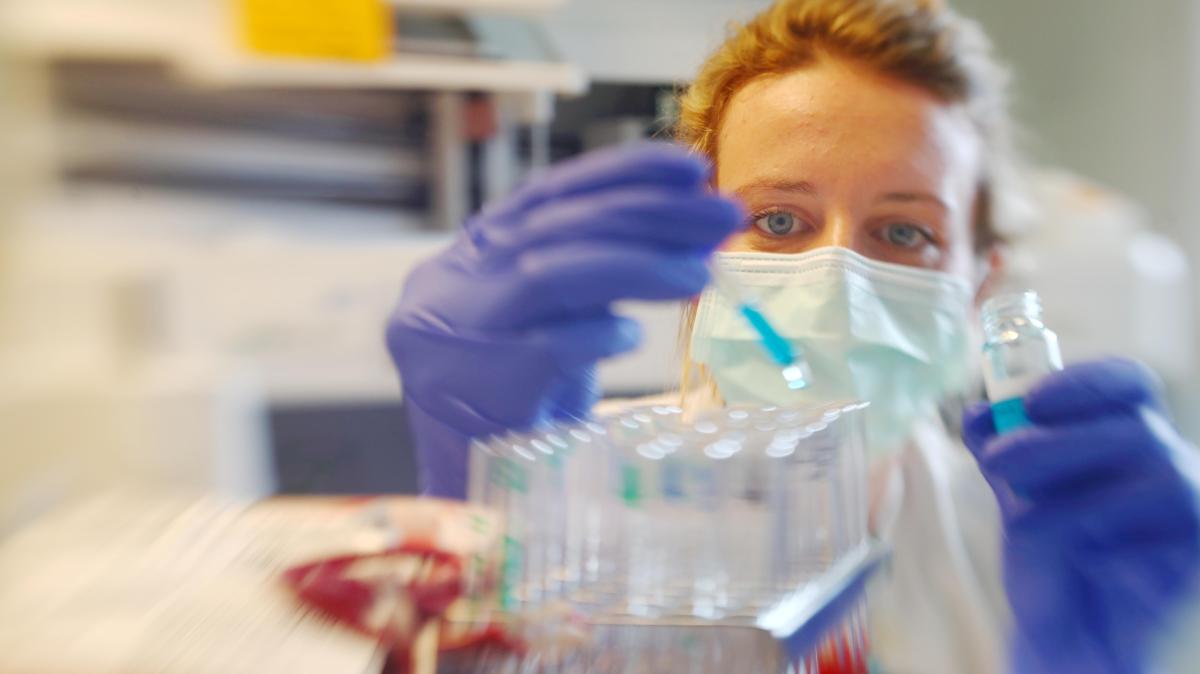 Coronavirus in breast milk: have researchers at the University of Ulm found a new transmission path? One crucial question remains open.

For the first time, Ulm virologists have the new one Corona virus Sars-CoV-2 detected in the breast milk of an infected woman. Her infant also contracted the virus-induced disease Covid-19. However, it is unclear whether the child has actually been infected through breast milk. Nevertheless, the article published in the renowned journal “The Lancet” according to the Ulm University provides information on a possible new transmission pathway for the pathogen.

Typically, SARS-CoV-2 is passed from person to person via droplet infection. Now researchers from Ulm University Medicine in collaboration with Karin Steinhart from the Health Department Heidenheim Sars-CoV-2 was also successfully detected in breast milk. To this end, the scientists led by Professor Jan Münch and Rüdiger Groß examined the breast milk of two infected women for viral RNA from the new corona virus. RNA stands for ribonucleic acid and is the carrier of genetic information in certain viruses. The detection of a possible viral infection and the determination of the viral load was carried out at various times after the positive corona test results of the mothers.

The course of the disease of the two women is documented: after delivery, both healthy mothers shared a room with the newborn. When one of the women developed disease symptoms, she was isolated with her newborn and tested positive for Sars-CoV-2. The neighbor did not notice typical symptoms such as coughing, a slight fever and a loss of her sense of smell and taste until after she was released. Then this woman was also tested positive for Sars-CoV-2.

While there was no evidence of the new coronavirus in the breast milk samples of the first sick woman, the Sars-CoV-2 result in the milk samples of the second mother was positive four times in a row. The method used not only enabled the detection of an infection, but also a determination of the viral load. This was around 100,000 viral genome copies per milliliter of breast milk. According to Professor Jan Münch, this is rather little compared to the virus amounts in throat swabs. But there are no references to body fluids. After 14 days, no virus was detectable in breast milk and both mother and child recovered from Covid-19.

Coronavirus in breast milk: has baby been infected while breastfeeding?

Since the onset of symptoms, the mother, who later fell ill, had been wearing oral and nasal protection when handling the baby and had disinfected her hands and breasts. In addition, she regularly sterilized the breast pump used and other breastfeeding equipment. However, it remains unclear whether the baby was actually infected while breastfeeding.

“Our study shows that Sars-CoV-2 can be detected in breastfeeding women with acute infection in breast milk. But we do not yet know how often this is the case, whether the viruses in milk are also infectious and can be transmitted to infants through breastfeeding, ”explains Professor Jan Münch from the Ulm Institute for Molecular Virology.

The investigation was developed as part of the EU Fight-nCoV project. Through the Horizon 2020 program, the consortium headed by the University of Stockholm will receive around 2.8 million euros for two years. Furthermore, the study was supported by the network of the Ulm Collaborative Research Center 1279 to research the body’s own peptides (“Use of the human peptidome to develop new antimicrobial and anti-cancer therapeutics”). (az)

Read also: The Corona Update of May 21st