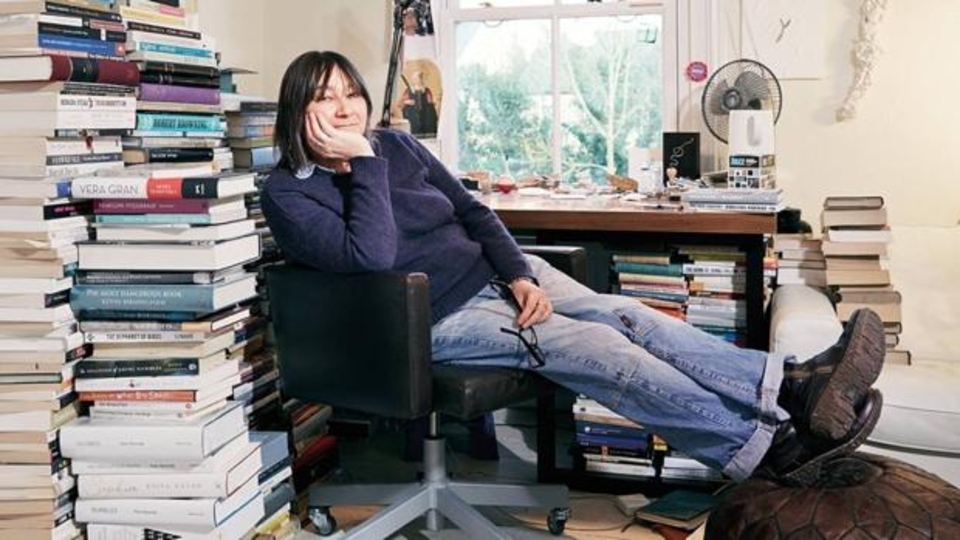 In the past two decades, Britain has unveiled a generation of women writers as remarkable as they are different from one another: Bernardine Evaristo, Rachel Cusk, Joanna Walsh, Helen McDonald, Hilary Mantel, Helen Oyeyemi, Olivia Laing, Lucy Ellmann, to name a few. ; all of them in an arc that goes from the fanastic to the most elegant historical novel, passing through experimental autofiction, the short story, the Sebald-style essay-novel or daring events such as Ducks, Newburyport by Lucy Ellmann – winner of the prestigious Goldmisth’s Prize – that uses the “flow of consciousness” for a thousand pages, in the first person and in a single (long) sentence.

In this diverse group the Scottish stands out Ali Smith, almost unknown in Spanish and especially in Argentina, where you only get First love (his 1995 debut) and some used copy of Accidental, published by Alfaguara more than ten years ago. Now Nordica distributes Universal history, a 2003 storybook that is an excellent introduction to his narrative, as friendly as it is unconventional.

At 58 years old and several times nominated for the Booker and Goldsmith Awards, Smith lives in Cambridge with his wife, the playwright Sarah Wood (Smith also writes for the stage, although he has not produced a new text since 2005). Raised in Inverness, she dropped out of college while completing her thesis because she fell ill: For years, chronic fatigue syndrome prevented her from doing anything until, in her slow recovery, she began to write stories because they were less exhausting, physically and mentally, than other tasks. Since First loveIn 1995, she never stopped publishing and right now she is embarking on a very particular project. Rather, a literary intervention that is also editorial and that began in 2014 with the novel How to Be Both, a book in two parts that were printed and distributed in random order. The production process was relatively easy and gave him an idea: to launch a series of books that would be published very close to the time of their writing, breaking that sometimes very long period of time between the two instances. “I wanted to keep the ‘novel’ of the novel,” he explains, “to go back to that notion of ‘the new’. The concept was to do what Victorian novelists did: then a novel had to be novel. Dickens published Oliver Twist as I was writing it, I was making up the story as it came out for the readers. ” The first was Autumn, in 2016, a novel that revolves around an old man and his dreams while he awaits death in the nursing home and receives visits from a young woman, friend and neighbor. Winter, from 2017, is much darker: a Christmas story haunted by a dead child and the rivalry between two sisters. Spring, from last year, has references to Brexit although Smith is clear about his point of view on literature and politics: “Fiction is political. Can not not be. But setting out to write something political means that it will be political and that it will not be fiction in itself. Fiction tells you, by inventing a truth, what is really true. That’s all fiction writers can do. If more is asked of fiction, fiction will not be able to fulfill. Either it won’t be good enough, or it won’t work. ” Summer, the closure, se recently edited: Smith delivered each one about four months prior to publication.

The tales of Universal history (2003) belong to another time in Ali Smith’s life and career, but most of his resources are already in the book, procedures and favorite topics. Adam Begley in The Paris Review I summarized them like this: the mixed and disturbed chronology, the precocious adolescents, the unrequited love or the end of love, the fascination with simultaneity. You could add the echoes, the mirrors, the stories told twice, the feast of points of view in just five pages. It all sounds, however, much more “difficult” than it really is: Ali Smith has the gift of writing complex stories that are easily read. And the virtue that procedures never drown your sensitivity. This is very clear from the title story: “Universal history” begins in an old town bookstore and follows each of its characters, as if a fly were landing on them – in fact, the story also tells the trajectory of a fly -: the bookstore and his circumstances, an edition of The great Gatsby and his different readers, the man who buys all the editions of Gatsby for his sister, a contemporary artist, the artist who completes his work with books. It is a technical display without a main character and talks about reading, the loneliness of town businesses, the passage of time, the love of reading and the books we forget, the forgotten beauty and useless projects. “Quick” is one of his classic mirror or simultaneous stories: a girl takes the subway home, thinks she sees Death on the platform even though it is only a man in a pale suit; shortly afterwards he confirms his intuition when the trip is delayed because someone has thrown himself on the tracks. The accident, being away from home, everything makes her reflect: “So a stranger had died. I didn’t care, why should I care? Instead, to feel something I put myself to the test, I was scared imagining what would happen if everything that was mine ceased to be mine, and from there came the certainty, as frank and irrefutable as the glass of that window, that nothing had never been mine ”. In the second part of the story -or on the other side of the story- there is the couple of the traveler who is scared by the delay, who also imagines losing everything, who despairs: the story exposes the anxiety of the love bond and the collapse that implies the possibility of the end. “May” explores other twists and turns of love: here there are also two points of view, but the loss occurs because one of the lovers falls in love with a tree: “It was inevitable. It was in bloom, ”he explains. “Paradise” is one of the best stories in the book: three points of view of three sisters who work in different commercial and tourist sectors of a town near Loch Ness. Smith’s closeness to the lives of employees and workers is vivid and never patronizing: His stories are filled with supermarket cashiers, drunk girls on Christmas night, and women cleaning houses, much more than writers and academics.

Ali Smith investigates the possibilities of stories: his stories often awaken the reader from the spell of fiction and let him know that a construction is being read, they allow him to see the architecture. “Once upon a time there was a man who dwelt next to a cemetery. But no, it wasn’t always a man; in this particular case, it was a woman. Although, frankly, no one uses that term today. Now it is called a cemetery ”. These missteps test the different ways of approaching a narrative and expose the artifice but they are not tricks: they are invitations to fictional play and a way of saying that there are infinite stories at different times. And that she, the author, is just tuning in, looking for the dial that transmits the one that wants to be told here and now.