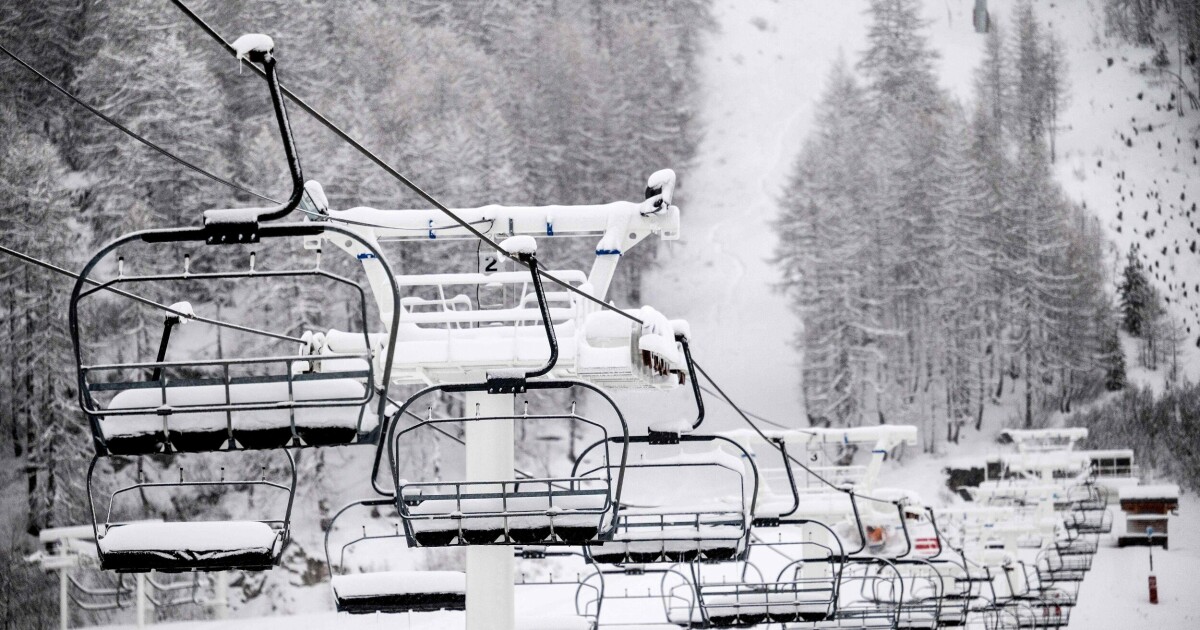 The corona infection is again in full swing in several places in Europe.

Austria is the first country to have launched a new period of full closure. The head of the German Institute of Public Health, Lothar Wieler, warned before the weekend that it could be heading towards a “terrible Christmas”.

The record infection is now creating concern that the upcoming ski season will also be marked by the pandemic.

It writes Swedish Aftonbladet, which points out that all alpine countries are now experiencing a sharp increase in the spread of infection.

– The future is at stake

Ski tourism is an important part of the economy in several regions, which has been partially abandoned since the pandemic entered Europe.

The majority of the ski resorts in France and Italy were closed last winter, while Austria and Switzerland kept several of their resorts open.

Both in France, Italy, Austria and Switzerland, the ski lifts are scheduled to be operational this winter. The first three countries require a valid corona passport for visitors.

– This season will be crucial for us, says Olivier Simonin, who is responsible for the ski lifts in French Val d’Isere, to AFP.

– Our future is at stake. We can not imagine not having a winter season, so we have done everything we can to make sure it goes.

The popular ski destination is scheduled to open the slopes next weekend. Several others have already fired off the starting shot for this year’s season.

See also  LIVE - Coronavirus: eight foci of contamination detected in the Grand Est since May 11

– The demand is huge. The economy is up and running again, says the director of the Porte-Puymorens facility, Eric Charre, to the news agency.

The number of registered corona cases in France rose last week by 81 percent, compared with the week before. So far, this has not led to any tightening of infection control measures.

Despite the shutdown, the ski lifts in Austria are expected to operate at full capacity for people with a valid corona pass, according to CNN.

Hotels, restaurants and some bars will also require corona passes, while bars and nightclubs that stay open until late will require stricter evidence of vaccination or negative test results on covid-19.

– At the moment it looks promising, says Mario Matt, who runs the restaurant and après-ski bar Krazy Kanguruh in St. Anton, to the channel.

Last year, the ski paradise in Tyrol was subject to strict restrictions; hotels were closed to tourists, restaurants were only allowed to offer takeaway food, and the ski lifts were only open to the locals.

– We have to look at how the rules change. It’s hard to say, but we hope for a good season. People want their normal lives back, says Matt.

According to Aftonbladet, the corona infection is currently manageable in Tyrol, but it is expected that the pressure on the health service will increase when the ski tourists are back in full force.

– Need years to get us

Italy tightened restrictions on public transport last week. Infection is increasing in the country, but not as fast as in several other countries.

Here, too, there is a requirement for a corona passport. In addition, operations are carried out with reduced capacity in the ski lifts, social distancing and requirements for bandages where it is difficult to keep distance.

“We need several years to recover from the financial losses of recent seasons,” Livio Barello, president of an association of tourist businesses in Piedmont, told the newspaper.

Switzerland has not yet introduced a corona passport requirement at the country’s ski resorts. Tourists must still present a valid passport to enter restaurants. It may also be required at some hotels, writes National Geographic.