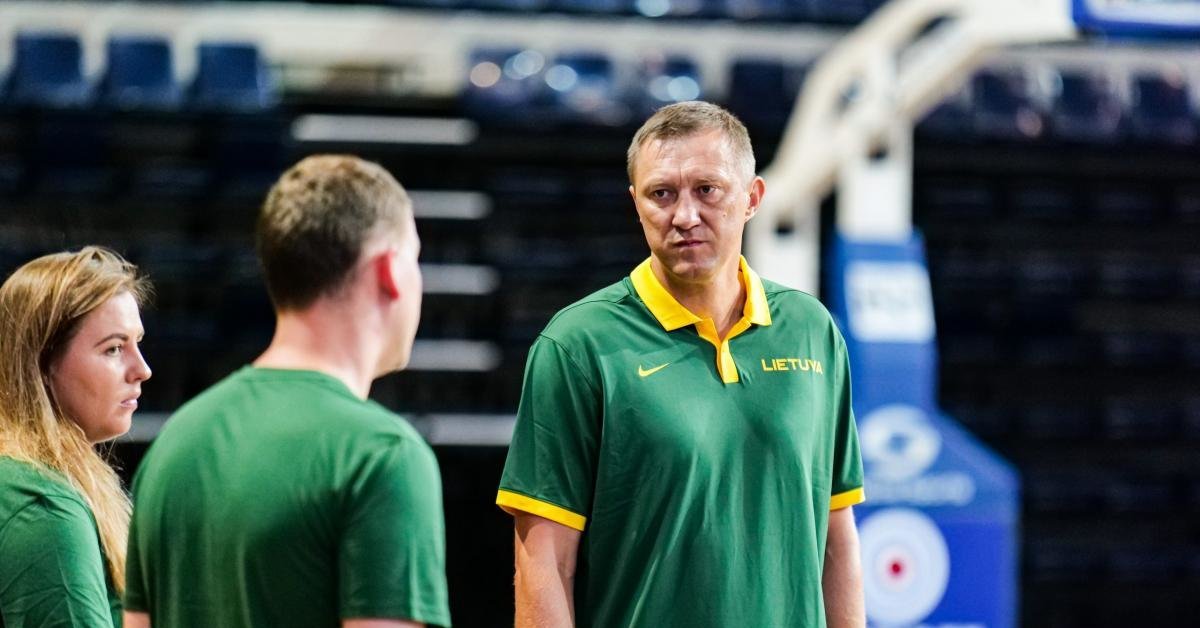 “Maybe it would be banal to say that the cosmic mood and moods are great here, because there can be no other way, here is the Lithuanian national team,” Ž.Urbonas noted. – In any age group, I do not even doubt that work goes at the same pace. A lot of energy, a lot of desire. However, of course, that wisdom is not always enough. It’s still young people and they need to implement it. “

Speaking about the work going on in the national team camp, the specialist said that he was pleasantly surprised by both the coaching staff and the players themselves.

VIDEO: Preparations for the FIBA ​​Challenger tournament were started by Ž. The eighteen-year-olds led by Urbon

“Our staff was surprised – I did not expect that we would get together or stick together so soon, because it is also new people, and it is also a very important link where we have to look similarly, the discussions with us do not stop. Really very pleasantly partly surprised by the great professionalism from everyone who is in our headquarters.

The guys really stand out. Some seem to communicate more easily. It’s a lot of fun to have characters, there’s something to pick a captain from, not everyone is quiet, calm. Everyone communicates bravely enough, a new generation is growing up. They listen and calmly express their opinions. It is fun, in a general sense, for the future of Lithuania “, – Ž.Urbonas was happy with the students.

Lithuanian eighteen-year-olds are preparing to go to the tournament, aiming for the highest places.

“The goal, even a friendly tournament, is the only one. Since you have “Lithuania” written on your heart, you must leave your whole heart there, because you are playing for Lithuania – for your parents, grandparents, your country. There can be no other thing – the goal is victory, “said the strategist of the national team.

The FIBA ​​Challenger tournament this year became the unofficial European Championship and replaced the official Old Continent priorities not organized due to the coronavirus. During them, 32 teams will compete in five European cities.

The Lithuanian national team belongs to the division of the best eighteen teams.

Lithuanians will start in the FIBA ​​Challenger tournament on August 3. with the hosts – the Israeli national team. Meetings with Greece, Estonia, France and Portugal are expected on 4, 5, 7 and 8 August respectively.