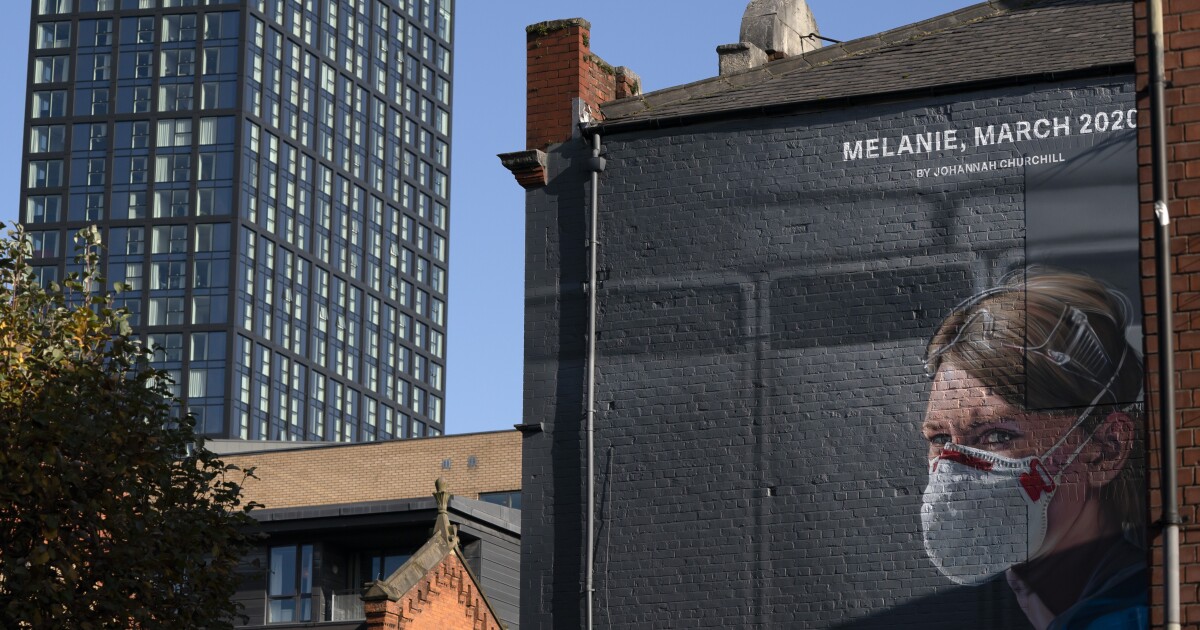 Coronavirus cases are on the rise in Europe and in many places in the United States, but the responses their governments have adopted are completely different: Authorities in Ireland, France and other European regions are imposing curfews and restricting meetings, while that US governors are reluctant to order the use of masks or to implement more aggressive measures.

The profound contrasts in efforts to contain the contagions come amid outbreaks on both sides of the Atlantic that trigger similar alarms, such as the decreasing number of available hospital beds and the increase in the mortality rate.

The governors of states such as Tennessee, Oklahoma, Nebraska and North Dakota have received exhortations from doctors and public health officials to order the use of masks.

In Utah, the spike in cases since schools reopened has created a dynamic that Governor Gary Herbert has called “unsustainable.”

But schools continue to teach, and Herbert, who has come under pressure from residents who oppose the use of masks, has resisted implementing a statewide mandate. Instead, it announced last week that they would be required only in the six counties with the highest infection rates, while the others would set their own rules. Meanwhile, many hospitals are reaching a breaking point.

“We don’t just handle (cases of) COVID. We also have heart attacks and strokes, respiratory failure and all those other things that need intensive therapy, ”said Dr. Kencee Graves, medical director of inpatient care at the University of Utah Health Hospital, located in Salt Lake City. The hospital’s intensive care unit was at full capacity late last week, forcing a backup unit to reopen.

“The sooner we take care of each other, wear masks, distance ourselves physically, the sooner we can safely hold some meetings,” Graves said.

In Oklahoma, where the number of people hospitalized for coronavirus has reached record levels, doctors have demanded that authorities take more action.

But Gov. Kevin Stitt has repeatedly said he doesn’t plan to go down that path, citing concerns about how an order like that would be enforced.

Oklahoma health authorities on Tuesday reported a record 821 people hospitalized for coronavirus or under investigation for the disease. Wyoming also reported a peak of hospitalized COVID-19 patients.

New cases of coronavirus in the United States have been on the rise in recent weeks, from a daily average of about 42,000 in early October to about 58,000 – the highest level since late July, according to Johns Hopkins University.

The dynamics are in stark contrast to Europe, where authorities in the region grapple with a similar upswing with measures such as new lockdowns and phone apps that track the spread of the virus.

In Ireland, Prime Minister Micheál Martin announced lockdown measures that will go into effect Wednesday at midnight and include closing all non-essential businesses, limiting restaurants to takeout only and requiring people to stay within three miles (three miles) around their homes, as well as prohibiting visits to other homes.

However, as coronavirus cases increase, some decisions by European leaders to impose new restrictions face stiff opposition at the local level. After a tense standoff, the British government announced on Tuesday that it had not reached an agreement with Greater Manchester Mayor Andy Burnham, who has refused to implement tough new measures without financial support for the workers and businesses who will be hardest hit.

But Prime Minister Boris Johnson announced Tuesday that he would impose the restrictions, drawing criticism from Brunham.

And in the Netherlands, which has one of the highest infection rates in Europe, a judge in The Hague rejected an appeal by more than 60 Dutch bars and restaurants to overturn a four-week lockdown order issued by the government.

Lawyer Simon van Zijll, who represents bars and restaurants, warned in court that the country’s hospitality industry faces “a wave of bankruptcies” caused by the confinement order, which he described as “arbitrary and disproportionate.”