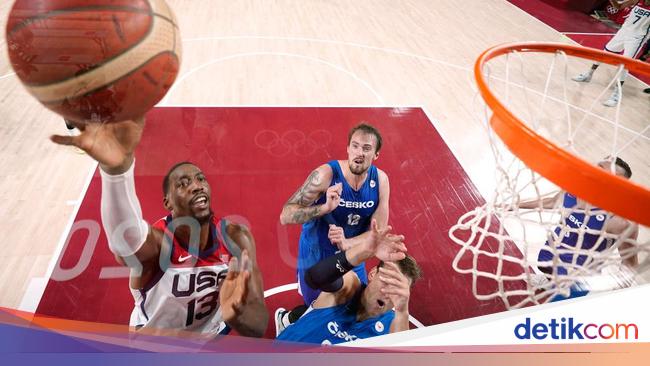 Tim Men’s Basketball United States of America Successfully advance to the quarterfinals Tokyo 2020 Olympics. In the last match of the group A stage, the team made by Gregg Popovich won 119-84 over Czech Republic.

Playing at the Saitama Super Arena, Saturday (31/7/2021), the US had fallen behind in the first quarter. They only entered 18 points, while the Czechs had 25 points. But in the second quarter, the situation changed.

In the third quarter, the acquisition Kevin Durant et al further away from the Czech Republic. They managed to create 35 points, while Blake Schilb et al only added 17 points, changing the score to 82-60.

The US’s score further increased in the last quarter, where The Dream Team gained 37 points, compared to 24 points for the Czechs. The final score was 119-84.

Jasyon Tatum contributed the most points to the US in this match with 27 points, followed by Durant with 23 points and Zach Lavine with 13 points. While the Czech top scorers are Schilb with 17 points and Ondrej Balvin with 15 points.

This victory made the US finish as runners-up in Group A with 5 points from three matches, only to lose to France, which is the group leader with 6 points. Both are confirmed to qualify for the last eight, along with Spain, Slovenia, Australia and Italy.

The draw for the quarter-finals will be determined after the preliminary match for Group C is completed on Sunday (1/8) tomorrow.