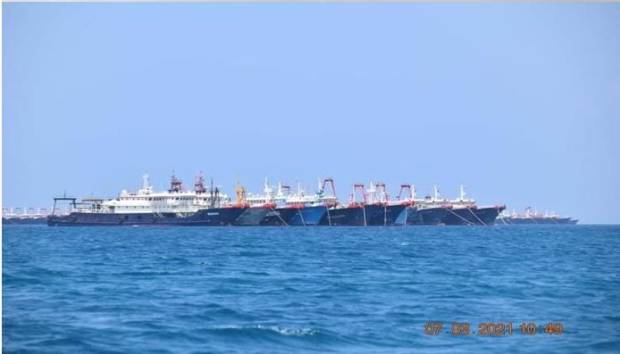 The actions of the Chinese ships have led to the development of algae that damage coral reefs and threaten the survival of fish in the ongoing disaster.

The warning was issued by US-based expert Liz Derr, who heads Simularity Inc, a software company that creates artificial intelligence technology for analysis of satellite imagery.

“Satellite imagery over the past five years shows how human waste, sewage and wastewater have accumulated and led to algae on a cluster of coral reefs in the Spratlys region, where hundreds of Chinese fishing vessels are anchored,” said Liz Derr.