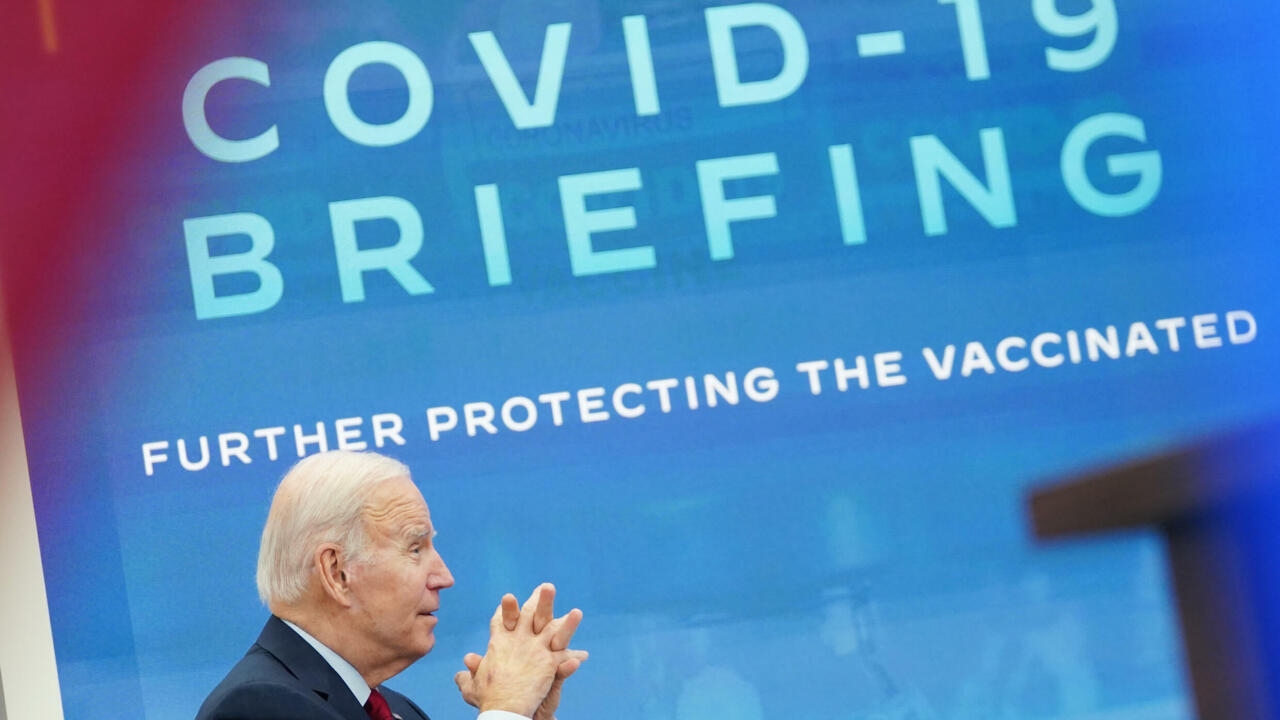 The highest court of the United States blocked this Thursday, January 13, one of the measures demanded by President Joe Biden to stop the contagion of Covid-19 in large companies. Employees of companies with 100 or more workers will not have to be vaccinated or undergo periodic tests to access their jobs, as was planned from February.

The United States Supreme Court struck a blow this Thursday, January 13, to one of the measures proposed by President Joe Biden to fight the coronavirus.

The Supreme Court annulled Biden’s mandate that required to be vaccinated or to present negative results of Covid-19 tests weekly to the employees of all companies that have one hundred or more employees in the United States and that should be in force as of February .

For the conservative justices of the Court, this was an inappropriate restriction on the lives of many Americans. However, what they did agree on was to validate a separate measure that establishes the mandatory vaccine for the personnel of the country’s health centers that receive federal subsidies from the Medicare or Medicaid programs, and in which some 17 million work of people.

With 6 votes of the conservative judges against 3 of the liberal ones, the Supreme Court blocked the health measure that would have affected more than 80 million employees throughout the national territory.

Regarding compulsory vaccination for health personnel, the judges validated the measure with 5 votes in favor and 4 against. Conservative Justices John Roberts and Brett Kavanaugh backed the decision.

I am directing my team to procure 500 million more COVID-19 at-home, rapid tests.

That will mean one billion tests to be distributed for free.


Mandated or not, many companies will continue to require mandatory vaccination

After the Supreme Court ruling, President Biden expressed his disappointment and assured that now it is up to the states of the country and the companies to decide if they want their workers to “take the simple and effective step of getting vaccinated” against Covid-19.

The Court downplayed the risks specifically posed by the coronavirus in the workplace and compared the epidemic risk to “everyday” crime and environmental hazards. In addition, the conservative majority concluded that the Biden Administration exceeded its authority by trying to impose vaccination or weekly negative tests on the companies site.

However, in a press conference from the White House, Government spokeswoman Jen Psaki referred to the ruling saying that the majority of employers in a couple of surveys she referred to support the vaccination requirements for their employees and will continue to demand get their workers vaccinated, with or without a federal mandate.

The Covid-19 pandemic has so far left a total of 63,994,421 cases of contagion in the United States and is responsible for 846,319 deaths. The North American nation is the most affected by the health crisis in the world.

With AP and Reuters