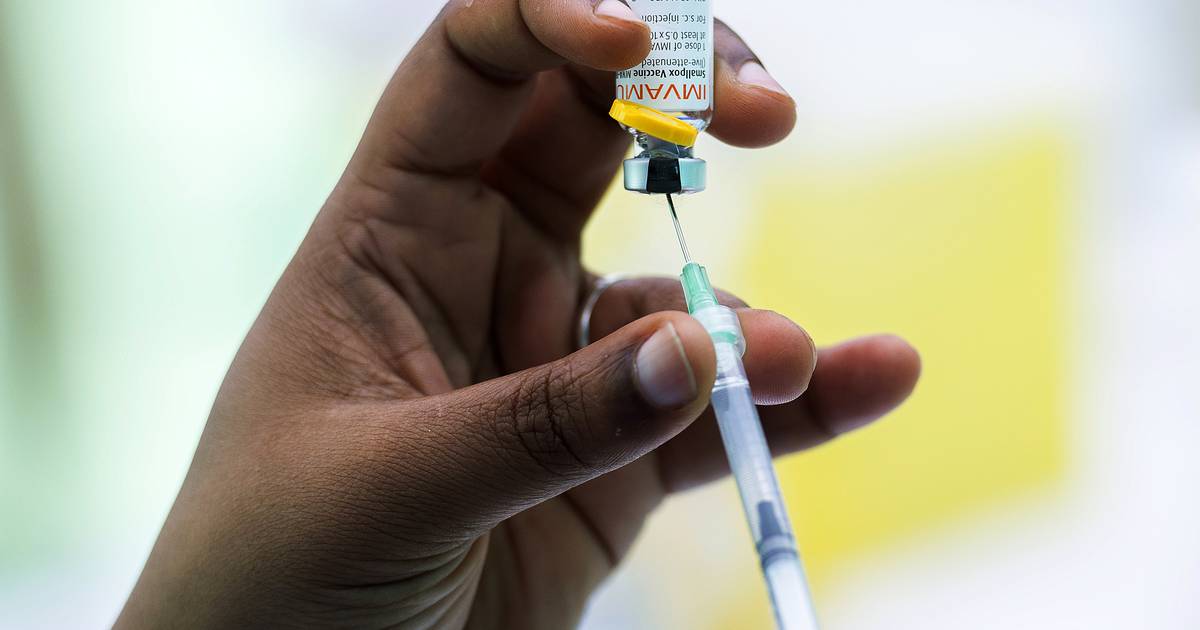 The announcement came amid growing criticism that authorities have been too slow to make the vaccine available, possibly missing an opportunity to contain what could soon become an entrenched infectious disease.

Nearly two weeks ago, the US Food and Drug Administration (FDA) said it had completed necessary inspections of Bavarian Nordic’s facility in Denmark, where the company fills vials of the vaccine. The agency reported Wednesday on Twitter that the certification has been finalized. The doses are already in the United States, “so they would be ready for distribution once the manufacturing changes have been approved,” the FDA said.

The United States has already shipped more than 310,000 doses of the Jynneos vaccine, which requires two shots, to state and local health departments. But clinics in San Francisco, New York and other cities say they still don’t have enough vaccine to keep up with demand.

The country had more than 4,600 cases of monkeypox as of Wednesday night, according to the Centers for Disease Control and Prevention. The head of the Department of Health and Human Services said Wednesday that officials would release more vaccine allocations on Thursday.

San Francisco Department of Health officials welcomed the news, saying they need several thousand more doses than the 7,800 they have received so far. “Without the necessary supply of vaccines, we would struggle to fulfill our basic duty to keep our communities safe,” the agency said in a statement.

Officials in Washington, DC, indicated Wednesday that they would join their counterparts in San Francisco, New York and other cities that have stopped scheduling appointments for a second dose of the vaccine due to dose shortages. They noted that the one-shot strategy would allow them to “vaccinate more people at risk and slow the spread of monkeypox in the community more quickly.”

The monkeypox virus spreads primarily through skin-to-skin contact, but it can also be transmitted through contact with the bedding of someone who is infected. The vast majority of reported cases have been among men who have had sex with other men, although health authorities have stressed that anyone can become infected.

People with monkeypox may experience fever, body aches, chills, and fatigue. Many people have developed pimple-like bumps on various parts of the body.

The slow federal reaction has been compared to the early days of the COVID-19 outbreak, but experts have pointed out that the United States had a huge advantage: more than a million doses of vaccine in the strategic national stockpile.

However, it turned out that federal authorities had only about 2,000 doses on hand when the outbreak was first identified in May. Due to shipping delays and regulatory controls, only a portion of the rest were distributed.

“There are not enough doses,” said Dr. Perry Halkitis, a public health specialist at Rutgers University. “I think that if the federal government had acted more quickly, we would not be in the situation we find ourselves in.”

The previously shipped doses came from a separate facility in Denmark that already had FDA clearance. Another 786,000 doses made at a recently opened Bavarian Nordic facility were awaiting US certification announced Wednesday.

See also  Is white noise good for your concentration? On the contrary. And classical music doesn't help either

The FDA requires inspection of all facilities where vaccines are manufactured to ensure safety, sterility, and consistency of production.

Federal officials announced orders this month for an additional 5 million doses, though most are not expected to arrive until next year.

Officials have recommended that the doses be applied to people who know or suspect they were exposed to monkeypox in the last two weeks.

The Jynneos vaccine has never been used on a large scale against an outbreak like the current one, and the government will monitor how well it works.