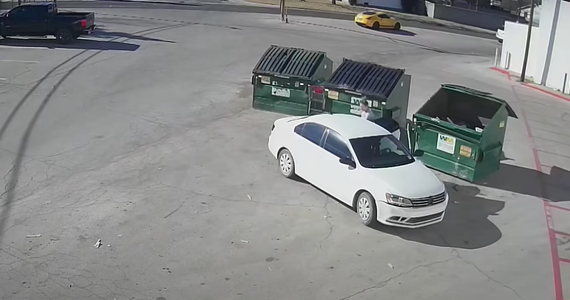 18-year-old Alexis Avila placed the baby in a garbage can after it was born. The boy was found six hours later by a group of people who on January 7 in Hobbs, near the border with Texas were collecting garbage – we read on the Sky News website.

Hobbs Chief of Police August Fons he said the baby was found by two men and two women. They took care of the child and called the police. The boy was taken to the hospital. His condition is stable.

“A collective quick response to this emergency was crucial to saving the child’s life,” said Fons.

Policemen they identified Avila using the car’s license plate on the CCTV footage. The teenager voluntarily went to the police station after officers spoke to her parents at their home. She claimed that until January 6, she did not know she was pregnant.

– In addition, she explained that she was panicking, did not know what to do or who to call. She said she cut the umbilical cord, wrapped the baby in a towel and put it in a white garbage bag containing some waste, and then put it in a larger garbage bag, officials reported.

The video of the incident shows a woman throwing a plastic bag into a trash can.

Joe Imbriale, the owner of the store where the security camera is installed, told Sky News that when police initially called him to see the CCTV footage, he thought that someone had broken into his store.

– There were a lot of police in the area and I asked them what was going on – said the man. – Nobody told me but I knew something was wrong, they must have seen my camera. When I asked them again what they were looking for, they told me and I cried out, he added.

The man reported that on January 7 it was “very cold” in the area, the temperature was – 6 degrees Celsius.

Łódzkie: A newborn child died from a blow to the head