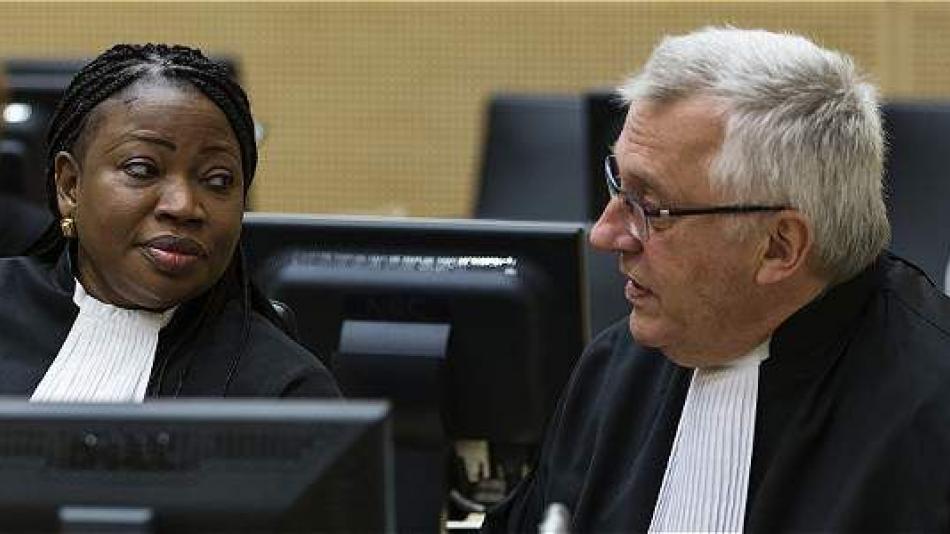 The United States Government announced on Wednesday sanctions against the attorney general of the International Criminal Court (ICC), Fatou Bensouda, for an investigation to determine whether US troops committed war crimes and against humanity during the conflict in Afghanistan.

“The United States never ratified the Rome Statute that created that court, and we will not tolerate illegitimate attempts to bring Americans under its jurisdiction.“US Secretary of State Mike Pompeo told a press conference.

(In context: ‘It is an unacceptable attack from the US. USA against ICC independence ‘)

The Foreign Minister also announced sanctions against the head of the Jurisdiction Division, Complementation and Cooperation of the ICC Prosecutor’s Office, Phakiso Mochochoko, for having worked with Bensouda in the investigations of American soldiers.

An instrument used with terrorists and drug traffickers

Both were included on a Treasury Department list called Specially Designated Nationals (SDNs) and that Washington uses to sanction terrorists and drug traffickers, and not to officials who work in a human rights body.

Under the new sanctions, assets that Bensouda, originally from the Gambia, and Mochochoko, born in Lesotho, they may have under US control and from now on they will not be able to transact with citizens of that nation.

In April 2019, the State Department announced that it had revoked the visa to
Bensouda so that he could not enter the country; and in June the president of the United States, Donald Trump, signed an executive order authorizing sanctions against ICC officials investigating US troops or those of their allies.

“Today,” Pompeo announced, “we are taking the next step because the ICC continues to target Americans, sadly.”. In addition, the secretary of state used the same tone that he has used with enemies of Washington to launch a harsh warning against those who support Bensouda and Mochochoko: “Individuals and entities that continue to provide material support to those individuals risk sanction as well.“, notice.

And he specified that the State Department restricted the issuance of visas for those involved in ICC investigations into the Afghan conflict.

(In context: CPI to investigate US for war crimes in Afghanistan)

Trump’s animosity to the ICC

The trigger for the sanctions is an investigation into the war in Afghanistan (2001-present) that could be opened because the Asian country does accept the jurisdiction of the ICC unlike the United States.

In March of this year, judges authorized an investigation that Bensouda had requested in 2017 for alleged war crimes and crimes against humanity attributed to the US military, Taliban groups and Afghan authorities.

The United States has never accepted the jurisdiction of the ICC, based in The Hague (Holland) and founded in 1998. However, until now Washington has simply ignored it and never before has an administration adopted such a belligerent attitude.

Since his arrival in the White House in January 2017, Trump has lashed out at the ICC for its decisions against Washington and its allies, such as Israel, in what he sees as an attempt by the court to undermine American sovereignty.

Washington’s decision is expected provoke a strong reaction from the international community, which already expressed concern in June, when Trump authorized sanctions against members of the ICC.

Then, the European Union (EU) urged Washington to back down and, in addition, 67 of the 123 states of the court issued a joint statement in which they showed their “unwavering support” toThe body against Trump’s aggressions.

This Wednesday, shortly after the announcement, Amnesty International (AI) asked on Twitter the 123 states that are part of the court to use their “collective power” to face the “shameful” US sanctions against Bensouda.

“A strong and unified response must include urgent practical measures to reverse the effects of sanctions on court personnel and operations.”stressed AI.

Meanwhile, Human Rights Watch (HRW) called on the ICC to do everything possible to ensure that “no one is above the law”, in the words of Balkees Jarrah, one of the international justice officials at the NGO.