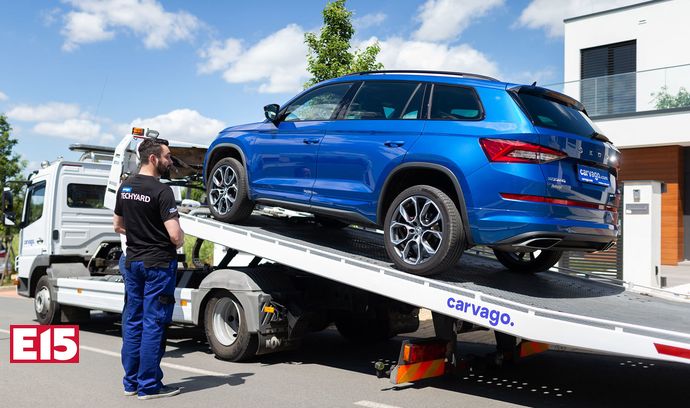 From January to August, the Czech market lacked ten percent of advertised cars, ie 62,500 compared to 2019, according to data from the Aures Holdings group, the operator of the international network of second-hand car dealers AAA Auto. According to the dealer Carvago, up to a quarter of cars were missing on the market, similar to Germany.

Similarly, in Poland, the decline in used cars is seven percent, in Slovakia seventeen percent and in Hungary even 29 percent – these markets lack 120, 54 and 132 thousand cars, according to AAA Auto. Used prices are thus rising sharply, the fastest in the Czech Republic from the Visegrad Four markets, according to the group’s CEO Karolína Topolová.

The price of advertised cars in the Czech Republic has risen by 23 percent in the last two years, in Hungary by 13 percent, in Poland by 11 percent and in Slovakia, where cars are the most expensive for a long time, by nine percent.

“The highest year-on-year increase can be seen in pickups, where the price increased by as much as a third, specifically from 190 to 250 thousand. For multi-seater cars, the price rose by 18 percent, for popular SUVs by 13 percent. Multi-purpose vehicles (MPVs) became the least – by seven percent – more expensive, ”says Topolová.

Even the rise in prices does not significantly weaken demand. “Dealers will sell more or less any car. This is one of the reasons why the pressure for quality technical inspections should increase, “says Jakub Šulta, Carvaga’s director. “The market is also affected by the fact that people do not sell old cars and customers who do not want to wait for a new car buy used cars. The result is a significantly limited offer of sellers, and thus higher prices, “adds Šulta.

There are no tens of thousands of cars on the market that were not imported from abroad. Usually cars are four to six years old. On the other hand, cars up to the age of two travel abroad abroad from the Czech Republic as standard, Šulta describes: “The demand for used cars has also been increased by rising prices of new cars with internal combustion engines, which is a consequence of expensive production of electric cars.

Customer Marek describes his experience with purchasing in the Škoda Plus program: “A year ago, I bought a Škoda Scala for 440,000. The same model with the same engine and the same mileage up to thirty thousand kilometers is advertised today for 480 thousand. “

Traders do not expect markets to recover quickly. On the contrary. “There are no chips, deliveries of new cars will decrease in the coming weeks and months. Only Volkswagen will see a reduction in production in the order of tens of percent in the coming months. The worst will be September and October, “said Patrik Fejtek, head of the VW passenger car division within the largest importer of Porsche CR vehicles, in an interview for the E15 daily. The reduction in production will affect all models produced by the German carmaker. “Further price increases are therefore very likely,” adds Fejtek.

From January to August, almost 150,000 new cars were sold in the Czech Republic, sixteen percent less than in 2019. Faster production of cars is hindered mainly by the aforementioned lack of chips. Looking ahead, it could improve in the first half of next year, industry said.