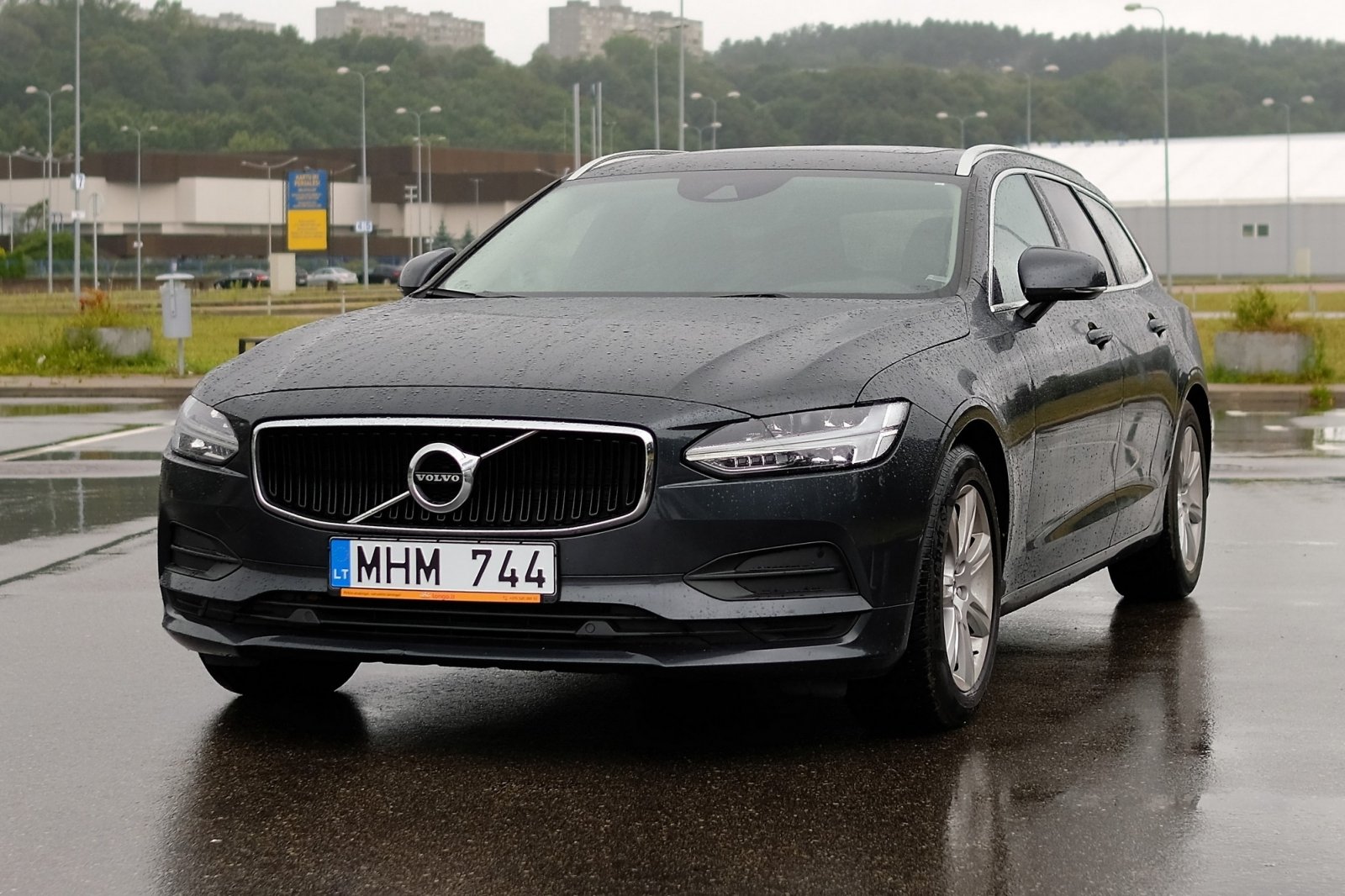 The first decade of this century was a real time of change for the Volvo company – the company, owned by Ford since 1999 and operating at a loss, was purchased by the Chinese company Geely in 2010 and… And began to invest quite cleverly in the development of new Swedish cars.

One such example was previously demonstrated by the IndianTata Motors” company, when it acquired the English “Jaguar Land Rover“producer’s shares and with targeted and skillfully directed investments ensured a bright future for it.

The first model of Volvo’s new SPA platform has become fashionable SUV body “XC90“, later appeared a sedan “S90” and the manufacturer’s traditional station wagon “V90”. You can also familiarize yourself with the used “Volvo XC70” review – it (and the regular V70) could be considered the forerunner of this station wagon, but in essence they are completely different cars.

Sure, the XC70 was a cool car too, but compared to the V90, it didn’t come close to the next-generation model, both in terms of handling and interior. Although, to be fair, the new platform could in principle not have engines larger than four cylinders, while the old model, which shared a platform with large Ford cars, was exclusively equipped with solid five-cylinder engines.

Also, due to the more elegant and aerodynamically efficient body shapes, the trunk capacity has also suffered – it is clear that the manufacturer has changed its priorities and aimed at the “Premium” segment of the German manufacturers.Audi“, “BMW” or “Mercedes-Benz” cars. Did he succeed?

See also  IMLebanon | The Lobia Stock Exchange… and the Candidates

Well, although only four cylinders was a bit of a compromise, the most powerful models with the hybrid T8 engine reached as much as 407 hp. Also, all cars, at least in our market, were offered with automatic transmissions and almost without exception had all-wheel drive.

And for those who wanted better passing characteristics, the manufacturer offered “Cross Country” version (direct E-Class “Mercedes-Benz All-Terrain” and “Audi A6 Allroadcompetitor) with ground clearance increased to 21 centimeters (15 cm in the standard version). So, with a length of almost five meters and a distance of almost 3 meters between the axles, the car was not only extremely spacious, but also able to drive off the asphalt, and also ensured excellent comfort, since it was offered with an adjustable stiffness pneumatic suspension.

In the cabin – original minimalist Scandinavian interior, quality materials and careful assembly (the car was produced in Sweden), digital instrument panel and vertical multimedia screen – here you feel in a full-fledged business class car, in no way inferior to (and in some elements even surpassing) German Premium class models .

When it comes to used cars, I would recommend going for all-wheel drive models, as this is much more suitable for a large station wagon. Diesel engines range from 150 to 235 hp, turbo petrol engines from 254 to 320 hp, and the plug-in hybrid model I mentioned reaches even 407 hp. All engines are four-cylinder 2.0-liter engines.

As “Longo LT” specialists say, there is a much larger selection of diesel models than gasoline models on the used car market – partly due to the fact that the latter are much more economical. And when it comes to reliability, the Volvo V90 does not have any obvious flaws.

Among the failures that occur, we can mention the Webasto autonomous heating system that does not always work properly (if installed), problems with the exhaust gas recirculation valve (EGR), as well as the failure of Denzo brand injectors for gasoline engines.

See more about the used Volvo V90 in the video.