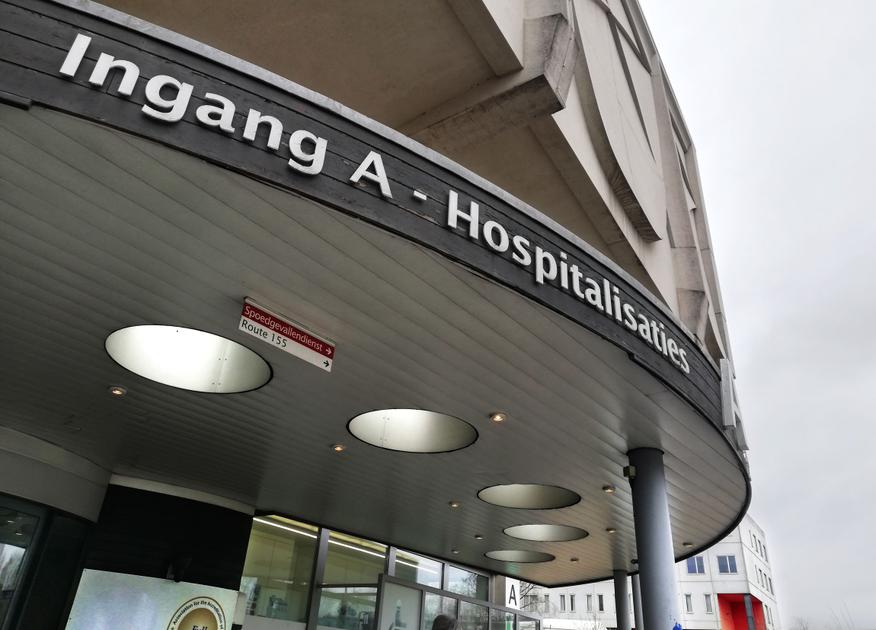 About fifty patients have so far tested positive for the monkeypox virus in UZ Brussel, but none have been admitted at the moment. So says Sabine Allard, head of the department of internal medicine, herself a professor of infectiology. “It is a pity that our patients have to knock on the door of another hospital for the vaccine.”

Today, 172 cases of monkey pox are known throughout Brussels, the latest figures from health institute Sciensano showed on Tuesday. That’s just over a third of the 482 cases across the country. In Belgium, 28 people with monkey pox have also been hospitalized so far, in Brussels there were four. Two of them remained in hospital because they could not be in isolation at home, no information is known about the other two.

Doctor Allard, are there still patients with monkey pox in the UZ Brussel?

Sabine Allard: Not currently. Since monkey pox was diagnosed in our country, we have had a total of three admissions. Those people are now back home. In a disease that is still new to us, it is important to get to know the complaints of patients. That is why we lower the threshold in the beginning when deciding whether to have someone admitted. In the meantime, we know better which ointment or painkiller can work. Of course, only patients who suffer a lot are hospitalized.

Allard: So far, we have made a positive diagnosis in almost fifty patients. They are all men and they are all of age. Some are patients we have never seen before: they come to us via the emergency department and are usually followed up afterwards by their GP. We have known another group for some time through our HIV reference center. They report to the outpatient clinic more often and we keep in touch with them for longer.

See also  Judy Halvadjian allowed her followers to see him in a way they had never seen before.

Are they many Brussels residents?

Allard: The vast majority do. There are a few patients from the suburbs, but mainly people we already knew through our HIV center.

At the end of last week, access to the monkey pox vaccine was slightly expanded (For example, men with HIV who have contracted at least two sexually transmitted infections in the past year are eligible, ed.). Do you already get a lot of questions about this?

Allard: Yes, our mailbox has been filling up since the announcement. The first emails came on Saturday, the phone calls on Monday. Many men with HIV wonder whether they are now eligible for the vaccine.

I personally find it regrettable that we are not among the nine reference centers that are allowed to vaccinate against the monkeypox virus (that is only possible in the Sint-Pieterziekenhuis in Brussels, ed.). We are in Brussels, together with the Erasmus hospital and the university hospital Saint-Luc, a reference center for HIV patients. Those people now have to knock on the door of another hospital, which then has to consult their medical file remotely. That is quite a hassle, while we can quickly look it up internally. We can now advise patients about the vaccine, but ultimately it is up to another doctor to decide whether they are effectively eligible.

So far, most patients report that they became infected after sexual contact or after very close contact at a party, Sciensano reports. Do you see the disease spreading to the wider population?

Allard: Nobody has a crystal ball, but we are talking about a very different dynamic than covid. That virus was, as it were, dropped on a population without any immunity. The monkeypox is actually the brother of the smallpox. The somewhat older population still has some protection against this thanks to the smallpox vaccine. Secondly, the monkeypox is less contagious than covid: we see that really close contact is needed with drops of body fluids. This can also be done via objects, yes, but in principle you will not share a towel with someone very often. And third, there are already vaccines. Of course we don’t have enough, but we can already start vaccinating a certain group. No, we don’t expect a second covid.

See also  'New' complaints as a manifestation of monkey pox