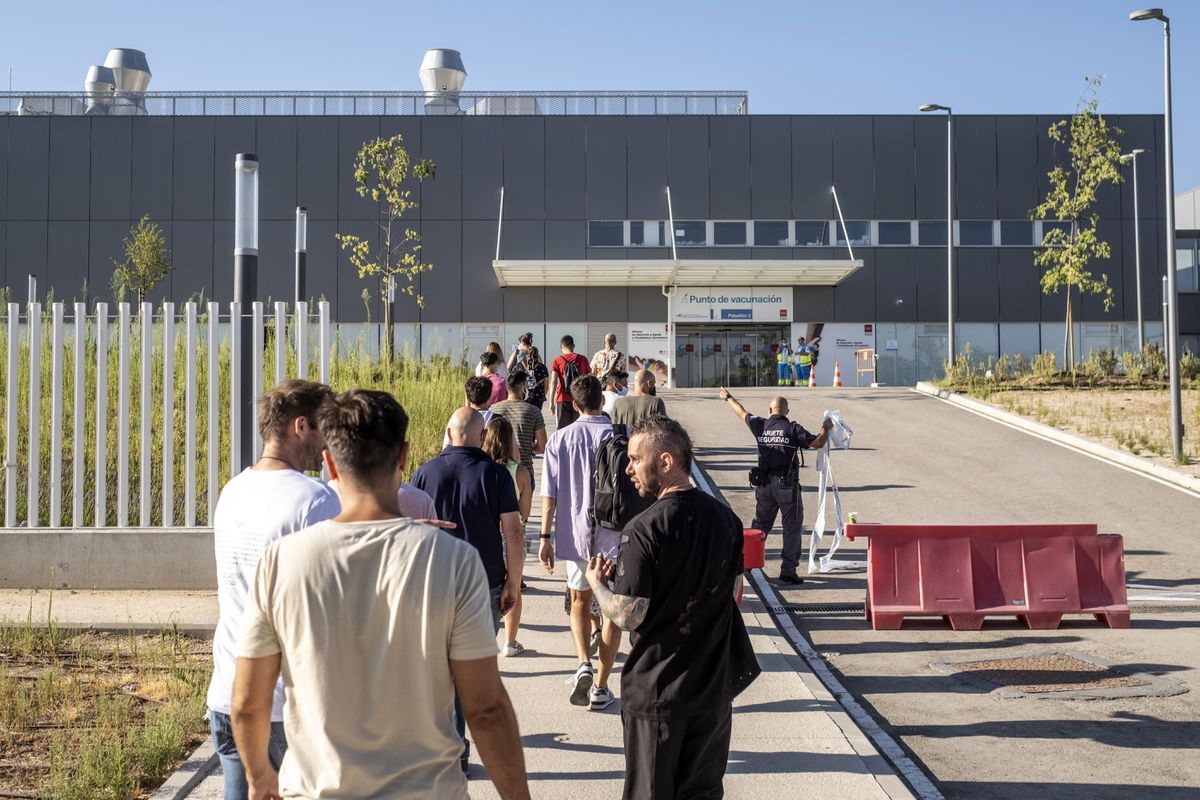 After the mass vaccination against covid-19, the Isabel Zendal Nursing Hospital has reopened its doors to immunizations, this time against monkeypox. It is the second point enabled for the puncture, since from this Tuesday it is added to the Community vaccination center at number 15 of General Oraá street, where The health workers already began immunizing the population at risk at the end of July. However, the influx outside the Zendal is not comparable to the scenes of last summer: the people summoned could be counted on the fingers of the hands, mainly due to the scarcity of available vaccines. Nor has the promotion campaign of the Ministry of Health contributed, non-existent in social networks.

“I found out by chance, by word of mouth,” says Jaime Robles, 37. He tried for weeks to get an appointment in the center of General Oraá street, but never had any luck. “Every day he entered the web at exactly midnight. I didn’t even have time to compile the entire form with my data, since there was no longer availability”. Finally, he found out that Zendal had also been enabled, and this Tuesday he managed to get immunized first thing in the morning. “I have told all my friends and acquaintances that there were appointments here, but many have not had time. On Sunday afternoon the system was already saturated again”, he affirms.

The ministry claims to have covered the appointments for all available vaccines, as well as those it plans to receive from the Ministry of Health in the coming days. “We have opened all the appointments based on the vaccines we have and the additional doses announced by the ministry,” explains a spokeswoman for the Madrid ministry, although she does not reveal the number of doses available to the Community as of today.

See also  Tiger mosquitoes are increasingly spotted in our area: how worried should we be now?

The latest figures, published on Friday, raised 4,942 diagnoses and two deaths from monkeypox in Spain, which maintains it as the country that has reported the most cases per inhabitant. Madrid is the region with the most infections (1,817), according to the count kept by the Community, followed by Catalonia and Andalusia, which have also launched vaccinations for people in risk groups.

Lack of punctures for all

On Monday afternoon it was no longer possible to get an appointment at either of the two Madrid centers. The punctures are intended for people between 18 and 45 years old. “I don’t understand the age range very well,” said Raúl Sánchez, 48. This Tuesday he went to Zendal without being sure that they would let him get vaccinated, something that in the end did happen when he verified that he had no previous immunization against smallpox.

What affects the most is what happens closest. To not miss anything, subscribe.

Vaccination is planned for people who have been exposed to the virus and may have complications, such as minors, pregnant women and people undergoing treatment with immunosuppressants, as well as health professionals who have treated a case without adequate protection.

Health began vaccination against monkeypox on July 18 with a trickle of appointments and without much promotion by the ministry, which announced the start of the campaign through a statement in which highlighted the contagion of a seven-month-old baby. To date, 1,184 doses have been administered: 979 prior to risk exposure —the so-called pre-exposure doses, which are administered at the Vaccination Center and Zendal— and 205 to people who are close contacts of positives and have been indicated by Public Health, which are administered only in the center of Oraá Street.